I have been taking photos of food for my work for something close to 10 years. Colleagues of mine will attest — because I say it all the time — that when it comes to shooting in a working restaurant, I always feel self-conscious, turning mealtime, (mine and everyone’s around […]

I have been taking photos of food for my work for something close to 10 years. Colleagues of mine will attest — because I say it all the time — that when it comes to shooting in a working restaurant, I always feel self-conscious, turning mealtime, (mine and everyone’s around me) into a tiny spectacle as I shift plates, stand up, search for optimal lighting, occasionally employing my own while using the “voice activation” on my camera to snap my shots.

But this is my job and, as the saying goes, the camera eats first.

The other day, after dragging the coffee table across the room toward the window, working against time as the day’s beautiful natural light began to fade, I stood on my coffee table, phone cam aimed down at a dish of roast pork chow fun. Snap after snap I rotated the bowl to allow the glistening edge of the char siu to catch the light, repositioning the chopsticks — balanced on the bowl edge, on the table framing the bowl on one side with the bright-red wrapper on the other, then crossing them.

I fed the images via text to Terrence Gross, who encouraged, advised and at one point even texted back a diagram, a grid of nine boxes — the camera field of view — showing me how to position things. By the end of this impromptu tutorial, I had shot several of the best food images I’d ever taken.

And so, here I am, introducing him to you.

Gross is a master, whose beautiful shot of a crepe cake graced the most recent cover of Edible Orlando, but that’s not his day job, it’s his passion project. He is a diagnostic radiologist specializing in breast imaging, a doctor who while working 55+ hours a week has poured himself into his secondary goal: a career in food photography.

A specialization in radiology was not coincidental, says Gross, whose interest in photography began around age 10 when his mother bought him his first camera.

“Everything I do is visual,” he says. “My career is visually oriented. My hobby in photography is visual. I also love saltwater fly fishing, which is very visual, and I love to read. Everything I love to do, I do with my eyes.”

Turning this hobby into a career began in earnest in March of 2018.

“I learned more, read more, experimented more, practiced more,” he says. “Anything you would normally do at the beginning of a new career to build your skills.”

You’ll find much of this in his advice hit list, a basic-to-advanced round-up of tactics to make your pics look more like his. Follow it. I can tell you from personal experience. It’ll work.

1. Get intimate with your device

Sounds sexy. You might read similar advice in Cosmo. Why? There’s a correlation between your knowledge of the equipment and your skills in getting the best out of it.

“Many people believe that getting the latest phone upgrade or buying a better camera will improve one’s photography and the salesperson at your local dealer is not going to burst that bubble,” says Gross. “The reality is that your time and money would be much better spent by sticking to the basics using your current device.”

And the basics are pretty darn basic. “Simply keeping your camera lens super clean will do wonders,” he notes, adding that even a pro can learn lots of new things on the Internet. “There are innumerable free tutorials available … I am especially fond of Joanie Simon’s presentations and her common-sense approach.”

2. Walk toward the light

As someone who’s constantly dragging tables toward windows in her own home in pursuit of the best shots, I second this whole-heartedly. Gross advises taking inventory of the light as you enter a restaurant, then choose your table accordingly.

“The lighting at each will be drastically different,” he says. “A big source of diffused light, directly behind or to either side of the table, is ideal as it makes for a more natural-looking image.”

Avoid tables with overhead can lighting and those with glare from bare bulbs or shiny surfaces. And if you like to bring your own light source, the same rules apply.

“The smaller the light source, the harsher the light. There will be more shadows and contrast, so don’t overdo it. Better to bounce the light against an adjacent white wall, white menu holder or move that small source closer to the subject. These strategies alone will provide a softer, more diffused and aesthetic illumination for tabletop food photography.”

Photographers, says Gross, are not merely creating images, but visual experiences. One of the most powerful ways of giving your subject importance is its placement.

“Unlike taking a family photo with grandma at Thanksgiving … give your main subject importance by not placing it in the center. Instead, using the grid overlay of your device, divide the field of view into nine equal squares — imagining two equally spaced lines, both vertically and horizontally, and ‘offset’ the dish at the intersection of those lines.”

For example, imagine a circle centered one-third of the way down from the top and one-third from the left edge. “Then balance the composition by positioning the remaining smaller or less important objects to be included on the other intersection points.”

Experimenting with different positions and spacing will aid you in experiencing the visual “weight” of each object in the composition and you’ll find what most appeals.

“Following this pattern, called the ‘Rule of Thirds,’ will dramatically improve your composition skills.”

Sometimes it’s next to impossible to get a good restaurant photo with a digital camera because there’s just not enough ambient light. One common error, says Gross, is to compensate (or let the “auto” function of your camera or newer iPhone compensate) by lengthening the exposure time, increasing the aperture and/or increasing the ISO setting. Be warned: There’s no free lunch.

“Your image quality will pay the price in the form of motion blur, shorter depth of focus and/or graininess,” he explains.

Get around this (and up your game considerably) by using a small, portable tripod and the exposure-delay feature of your device.

“Image stabilization in newer cameras is significant in preventing the blur associated with long, handheld exposures, but in my book, using a tripod can’t be beat.”

A quick flip through my own images, even the really nice ones, backs up Gross’ claim that it’s easy to get stuck in the same routine.

“Challenge the status quo and don’t limit yourself to your smartphone’s native software,” he says, suggesting a quick, easy and free download of Adobe Lightroom Editor, an app through which you can begin shooting straight away.

And what about camera users?

“Activate and learn to use the histogram function on the camera LCD display to get immediate feedback on the distribution of shadows, mid-tones and highlights in your composition. Look to create a distribution that is more symmetric from left to right, or something with a ‘belly’ in the middle — think bell-shaped curve.’”

Activating the highlight peaking function in the Lightroom app on a smartphone or the menu on a camera, he says, is another tool to help avoid overexposures.

Hot For The Holidays? Amazon Home Drone, Kid Echo And A Sexy Alexa

Tue Sep 29 , 2020
Ring Always Home Cam Amazon With all of the spectacle of an Apple event and droid-like gadgetry of the Disney+ Star War series The Mandalorian, the Amazon Devices & Services Showcase on September 24 dazzled with more than a dozen new products to help consumers adapt to pandemic life and […] 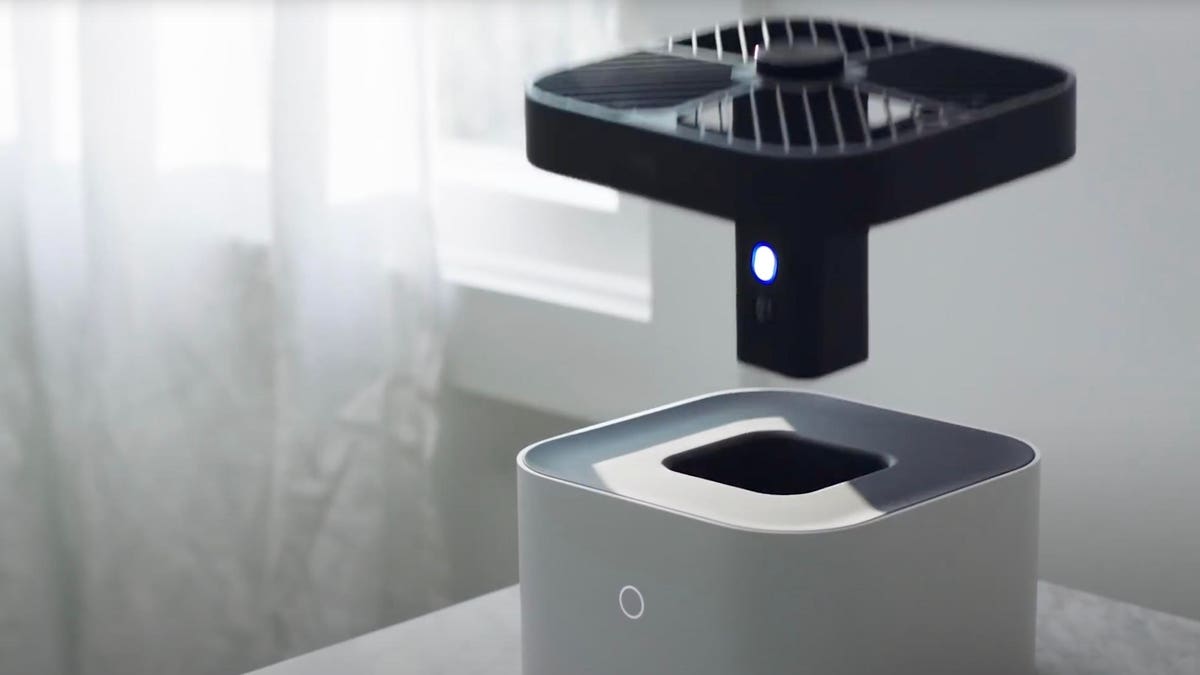