First up, this whole “Android coming soon” business. Amazon Android availability Initially, Luna will launch in early access on Fire TV, PC, Mac and iOS devices, including iPhones and iPads. Notably, it won’t be available on Android right away. The Android version should go live within “weeks” of the early […]

Initially, Luna will launch in early access on Fire TV, PC, Mac and iOS devices, including iPhones and iPads. Notably, it won’t be available on Android right away. The Android version should go live within “weeks” of the early access launch, according to Luna head Marc Whitten.

Whitten and other Luna executives don’t attribute the temporary iOS exclusivity to Amazon’s mysterious sweetheart deal with Apple, which allows Prime Video to sell media directly on the App Store without giving Apple 30 percent of its sales. The 30 percent cut is standard for essentially every other paid program on the iOS marketplace, and it’s one of the main reasons Epic Games is suing Apple this year.

With Luna, Amazon has discovered another way to circumvent Apple’s App Store fees. Luna is a progressive web application (PWA), which means it’s actually a browser-based program masquerading as a native iOS app. You’ll download the PWA from the Luna website, and the resulting icon on your iPhone’s home screen will function like a shortcut to Amazon’s cloud gaming portal on the web.

As a PWA, Luna is not involved in the App Store at all.

“Just to be super transparent, on iOS, it is through the browser,” Whitten said. “So it’s not a native app in the App Store.”

Epic tried something similar when it sold Fortnite outside of Google Play starting in 2018. For 18 months, the only way for Android users to play Fortnite was to visit the game’s website and download a proprietary launcher from there, or get it through the Samsung-only app store. It was an inelegant solution, and in April of this year, Epic reluctantly added Fortnite to Google Play, accepting the 30 percent fee on all transactions.

At the time, Epic told The Verge, “Google puts software downloadable outside of Google Play at a disadvantage, through technical and business measures such as scary, repetitive security pop-ups for downloaded and updated software, restrictive manufacturer and carrier agreements and dealings, Google public relations characterizing third party software sources as malware, and new efforts such as Google Play Protect to outright block software obtained outside the Google Play store.”

Epic didn’t even attempt to launch Fortnite outside of the App Store ecosystem, citing Apple’s ulta-restrictive policies on third-party marketplaces and its monopolistic control of the iOS platform. Both Epic and Microsoft are aware of the existence of PWA — Microsoft and Google are even collaborating on a project to improve PWA experiences on the Play Store — but they’ve been unwilling or unable to take this route for their mobile gaming services.

And honestly, that’s not surprising. As the Fortnite experiment demonstrated, both Epic and Microsoft have faced regular roadblocks from Apple and Google, even when attempting to operate outside of the App or Play stores. On September 11th, Apple revised its App Store guidelines in a show of deference to game-streaming services like xCloud, but even these new rules are impractical. They require users to download a container for each game they want to play individually from the App Store, even when attempting to access them through a streaming service like xCloud. This mandate doesn’t apply to Luna.

Microsoft responded to the rule change that same day, saying, “This remains a bad experience for customers.” xCloud still isn’t on iOS, and Fortnite is no longer available on the App Store or Google Play as Epic is embroiled in lawsuits with Apple and Google.

With the Luna PWA, Amazon is once again sidestepping a hurdle that has proven insurmountable for companies like Microsoft and Epic.

“We worked with the Safari team to ensure that some of the things that weren’t there are there, and that allowed us to kind of get to where we are today,” Luna head of engineering and technology George Tsipolitis said.

It’s unclear if Luna will remain a PWA after its stint in early access, or if it will eventually join the app stores under the standard 30 percent fee.

“We’ll continue working with Apple,” Whitten said. “We’d love to do a native experience. They’re evaluating what their policies are there, they keep talking about them. And when we can come up with a good experience there, we’ll ship that one, too.”

Luna will cost $5.99 — at least — in early access. That price unlocks access to Luna+, the baseline channel that will feature a mix of games, including Resident Evil 7, Control, Tacoma, Rez Infinite, Metro Exodus, The Sexy Brutale, Overcooked! 2 and others. Not all of the titles listed up there will be available on day one, but they’re all on the early access docket.

Luna will have more channels with curated content, each available at an additional, as-yet-unknown cost. The first confirmed channel comes from Ubisoft, and will include a broad selection of games from the publisher’s catalog, plus same-day releases of upcoming titles including Far Cry 6, Assassin’s Creed Valhalla and Immortals Fenyx Rising.

Amazon is aiming to have about 100 games available during the early beta period, spread between Luna+ and the Ubisoft channel.

“So more than Stadia, less than Game Pass,” Luna business development manager Lisa Schwenke said. Microsoft recently integrated xCloud into its Game Pass Ultimate subscription service and offers more than 150 streamable titles, while Stadia has about 90, some of which are purchased individually. Schwenke continued, “The goal is to continue to have something for everyone, see what customers are enjoying and try to bring more of that. So definitely starting out a little bit smaller during early access, I think there’ll be about 50 titles in our Luna Plus channel and about 50 in the Ubisoft channel, and just growing that over time consistently.”

The channeled approach to game streaming was borrowed from Amazon’s Prime Video experience, which offers certain stations as paid additions. That said, Luna will evolve as early access carries on and the feedback rolls in.

“You may even see other types of channels like a genre-based channel,” said Marc Whitten, Amazon’s head of Luna. “Or other ways to think about specific pieces of content that might be very attractive to a certain set of customers.”

Amazon specifies that $5.99 a month is the price of a Luna+ subscription during early access, so this base price is likely to change with the launch of Luna 1.0. 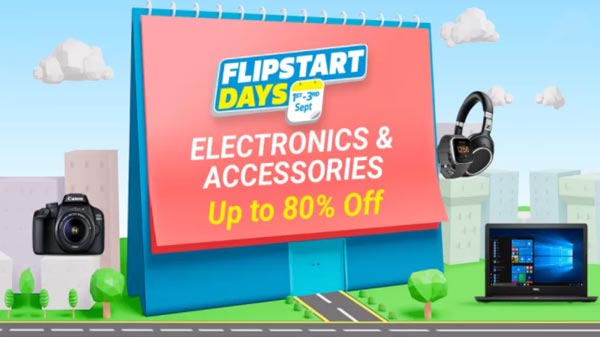