© Provided by BGR.in Taiwanese computer company Asus may have had to take a break from releasing laptops when covid hit this year, but it sure is making up for it now. The device maker has launched a slew of gaming and other laptops recently which has been spread over […]


Taiwanese computer company Asus may have had to take a break from releasing laptops when covid hit this year, but it sure is making up for it now. The device maker has launched a slew of gaming and other laptops recently which has been spread over various price points. One of the most recent ones to be launched the by company was the Asus ROG Strix Scar 15 gaming laptop which features some top of line specs.

The Asus ROG Strix Scar 15has been made to be one of the flashiest gaming laptops out there. The laptop features a black matte finish with the ROG logo in RGB on the back panel of the display. The keyboard features RGB backlight and what is even more exciting is the band of RGB light that is placed on the side panels around the keyboard of the laptop. These are all controllable from the Asus ROG Armoury app. There’s also a keystone available with the laptop which snaps into position on the right side of the keyboard granting security and access to the Shadow Drive feature of the laptop.

One of the best things that I outright felt about the ROG Strix Scar 15 when I started using it was the exquisite texture of the area where the palm rests while typing. This gives the device an absolute premium feel which is quite the experience.

The other attractive part of the design of the Asus ROG Strix Scar 15 is the hinge of the display. The display of the laptop is connected using two hinges on which are curved and come out of the body of the laptop. This gives the feel that the laptop display is floating with support from just two points.

The laptop has vents on the right as well as the back, these spew out hot air when the laptop is tasked with a heavy load. The rear panel of the device features the power, a USB 3.2 Gen2 Type-C, HDMI 2.0b and LAN RJ45 port. While the right hand side panel just has space for the keystone and the left hand side features a 3.5mm audio port, and three USB 3.2 Gen 1 Type-A ports. The bottom of the laptop has slits which let the air in to cool the insides of the laptop.

We are now going to talk about one of the features of the Asus ROG Strix Scar 15 which I absolutely loved, and that is its display. The laptop comes with a 15.6-inch Full HD 300Hz 3ms display. This means that the display is capable of showing 1920 x 1080 pixels at 300fps which is ideal for gaming at the moment. The color reproduction of the display is accurate and it uses … technology.

While the display of Asus ROG Strix Scar 15 reproduces color accurately, it may not be fancy enough for media producers, but it sure works great for gaming. The 300 fps display with a latency of 3ms is usually more than the laptop can play most games at. While playing RPGs and other non-competitive games on this display is a treat, it really makes a difference when playing competitive multiplayer games. I played Counter Strike Global Offensive, Rainbow Six Siege, Valorant and Dota 2 on this and the display performed impeccably. My response time significantly rose with as a result of the hogher refresh rate, giving me an edge over others.

Now besides gaming, the ROG Strix Scar 15 display is also great for watching media and content on Netflix and Amazon Prime. When watching films in the dark I had to turn down a the brightness a notch because it was just a little to bright.

The chiclet keyboard of the ROG Strix Scar 15 features per-key RGB lighting that can be controlled using AuraSync. It is rather comfortable to type and is rather responsive even when gaming. The touchpad features the numpad on it on the touch format. I had to keep the touchpad turned off most of the time considering I kept touching it with my palm and that kept giving my position away while playing.

The Asus ROG Strix Scar 15 has some of the highest specs possible on a laptop at the moment. And needleess to say it excels when it comes to performance and there are hardly any apps that it can’t tackle. While it is primarily a gaming laptop we did use it for editing content like videos on Adobe Premiere Pro and photos on Adobe Photoshop and Lightroom. The laptop transitions smooth from one app to the other running simultaneously along with a game in the background.

But one of the few complaints that I had about the laptop was that it sounded like a jet engine in full throttle when the GPU was fully tasked. It went up from being silent to sitting right with an airplane. And when the GPU was running under full duress, it produces extreme heat from the vents. And if you are used to keeping your attached mouse further up on the right side of the laptop then you might get some stinging heat burns from the side vent.

The Asus ROG Strix Scar 15 has top notch performance when it comes to gaming, which goes without saying. I played AAA RPG games along with multiplayer competitive ones and the laptop chewed them up and spit them out like it was nothing. We played Sekiro: Shadows Die Twice, DOOM Eternal, Horizon Zero Dawn, Crysis Remastered and other games on the laptop in their highest setting. The laptop could keep up fps between 35-40 when playing Crysis Remastered in the “Can it run Crysis” settings which has become notorious as soon as the game launched. Other games like DOOM Eternal saw steady frames at around 120, Sekiro at 130, Horizon Zero Dawn at 90 (before the fixes were issued by the developer).

Now coming to the multiplayer games, the ROG Strix Scar 15 could handle Counter Strike Global Offensive at 350 fps, Rainbow Six Siege at 200, Valorant at 350 and Dota 2 at 300. These games are really where the display shined and performed at its best. In terms of benchmarking the laptop scored 7204 on the 3D Mark 10 TimeSpy test which is much higher than a regular gaming laptop but lower than a gaming PC. In terms of the CPU temperatures, it reached 90 degree Centigrade when pushed in the Boost mode, other wise it sticks to around 84 degrees.

These scores were all recorded when the CPU and the GPU were being pushed to the limit with the Boost mode of the laptop which made the most noise. There’s also the Performance and the Silent modes where the performance of the games vary.

The Asus ROG Strix Scar 15 comes with a 66WHrs, 4S1P, 4-cell Li-ion battery which is charged by a massive power brick. And the power cable provided with it requires at least a large 5 ampere socket to plug in. The power brick is rather heavy and so is the laptop at 2.57 kg making it not the most portable.

The battery lasts around an hour when playing games on it which is not impressive at all. But considering that it runs an RTX 2070 on that battery, I suppose it is fitting. The battery charges up in about 45 minutes and lasts about two and half hours when in the Silent Mode and two hours in the Performance mode.

The audio capabilities of the laptop is rather weak and it does not help that at higher performance modes the sound of the fans drones out the audio quite a bit. But this should not be an issue for gamers with their headphones on.

Should you buy the Asus ROG Strix Scar 15?

The Asus ROG Strix Scar 15 scores high for the design right off the bat, and that score only gets higher when the fantastic display is taken into account. It being a laptop with top notch specs, the performance bit is pretty obvious. The battery backup and the audio capabilities are a weak link for it. But the real disappointment is the noise made by the fans.

But considering the fantastic gaming performance, and the display to go with it, the laptop really does seem worth the price tag. This is purely considering the portability bit of the device.

Tue Oct 6 , 2020
The leaves are falling, and so are the temperatures across much of the U.S. Fortunately, these high-tech gadgets will help you explore your surroundings, stay connected, and keep moving outside in the cold weather this fall. These are the top picks for anyone who wants to go hiking, capture images […] 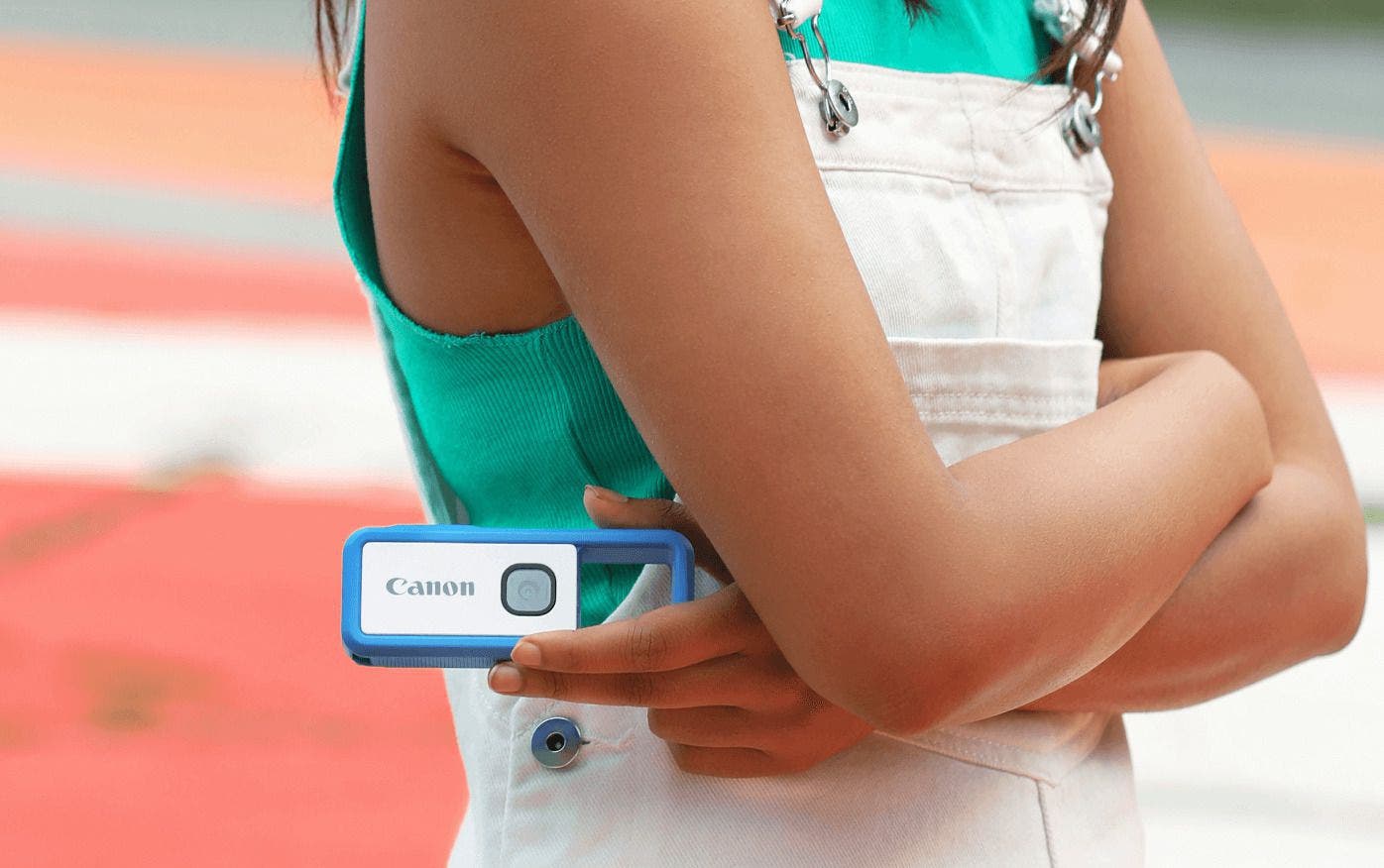