Every Friday afternoon, teenagers trickle into a small recording studio in downtown Salt Lake City. They come to make music, setting their personal story to verse and beat, and in some cases finding a brief respite from an otherwise confusing and even dangerous life. And it’s all free. This is […]

Every Friday afternoon, teenagers trickle into a small recording studio in downtown Salt Lake City. They come to make music, setting their personal story to verse and beat, and in some cases finding a brief respite from an otherwise confusing and even dangerous life. And it’s all free. This is one of many programs at SpyHop, an arts organization that empowers young people by teaching them film, photography and audio skills. Taki Telonidis of the Western Folklife Center reports.

Okay, think for a moment about high school and the intensity of that time and life, the thrill of making new friends, heart breaks, the struggle of trying to figure it all out. Well, an arts organization in Salt Lake City is harnessing the power of music to help teens do just that, by setting their personal narratives to lyrics and a beat. Their program is called Open Mic, it’s free and available to any teenager who walks through the door of a place called SpyHop. The Western Folklife Center’s Taki Telonidis has this story.

TAKI TELONIDIS: The Open Mic program is held each Friday afternoon and on this day the place is crammed with kids who’ve come in to work on songs. Some arrive in groups, others alone. Some pull out dog-eared notepads and work on lyrics.

Unidentified Woman #1: Wait. What about this verse?

TELONIDIS: While others sit down at computers and create beats for their songs.

TELONIDIS: SpyHop gets it’s name from something whales and dolphins do. A spyhop is that lurch they make out of the water for a second or two to get their bearings and figure out where they’re going. And it’s a fitting name for an organization dedicated to helping kids find their way.

TELONIDIS: SpyHop’s motto is empowering youth through multimedia and they offer classes on documentary filmmaking, graphic and Web design, in addition to audio recording and music production.

TELONIDIS: These formal classes cost money, but Open Mic is free and there’s no obligation to come back on a regular basis. Just show up, record and walk away with your CD.

Mr. MATT MATEUS (Program Director, SpyHop): They all had so much talent and it was very raw. And so you could take that and focus it a little bit.

Mr. MATEUS: You see these kids with so much potential and maybe somebody hasn’t given them the direction and say hey let’s try this way, let’s try and help them figure out what they’re trying to say.

TELONIDIS: Part of doing that, says Mateus, is setting boundaries because when you simply fling open the door to anybody…

Mr. MATEUS: A lot of stuff comes through that’s really inappropriate. Whether it’s homophobic or ultra-violent or – misogynistic is probably the biggest one. And it takes a lot of education to even let these young musicians know that that’s what they’re doing.

TELONIDIS: Another thing Open Mic insists on is that kids write music from personal experience, not from what they see and hear on TV. But sometimes that experience can be harsh.

Mr. MATEUS: There’s a really amazing songwriter Joel, who is -he’s in a wheelchair and he was in an accident when he was really young and paralyzed and he came in and we recorded him singing and playing. And, you know, he had some really goofy songs about kind of iconic, you know, cultural characters. So he has a song about Julia Roberts and it’s hilarious and about how he is a geek and he has got this cool geeky band and then out of nowhere he just says I got one more song, Can I play this song? And it’s called “Glass.”

Mr. MATEUS: And he tells a story about the car accident that he got into and the situation with his parents and how they had just gotten divorced and it’s just amazing.

JOEL: I don’t mean to complain. I will accept this pain but I miss climbing trees and not knowing of birds and bees. Glass…

Mr. MATEUS: We were all crying in the studio. It happens all the time here. It’s horrible, you know, it’s like when you’re trying to be cool, and be mentors and be tough and, you know, I’m in tears listening to the song.

TELONIDIS: Mateus has been moved by many of the stories kids have brought through SpyHop’s doors. Not long after Open Mic started he noticed it was attracting young people who were different from the students who attended the formal classes.

Mr. MATEUS: We saw a lot of tougher kids come in, refugees and kids that have been in gangs and, you know, or foster care or their parents are, you know, in jail or on drugs. And their stories are amazing.

Mr. JEREMY JOHNSON: They call me Jeremy J. Johnson, AKA Native Sons, when I get upon the mike that’s what people call me.

TELONIDIS: Jeremy’s 22 now but was in high school when he first discovered Open Mic. He was born on the Navajo reservation and proudly wears a medallion of an Indian chief over his baggy T-shirt. Jeremy left the reservation years ago and after a stint in New Mexico moved to Salt Lake to live with his aunt.

Mr. JOHNSON: She had five kids – five kids – single mother. Three of those five kids – there was three different dads and none of those dads even helped. Aunty got pregnant again, dude didn’t help her, six kids, from age 12 and down and who just kind of live in a really poor babysitting all the time, never had time to hang out with friends, it’s just like, got to cook. I was just stuck.

TELONIDIS: Jeremy was always into music. He’d work out lyrics and rhymes at night when he had a little time to himself. Then, one Friday afternoon, a buddy told him about Open Mic.

Mr. JOHNSON: He was making it sound like the bomb. He’s like and there’s turntables, it’s mad MCs, they have a recording studio like, they got like, they got everything over there and I’m just like, damn I want to go. All right let’s go.

Mr. JOHNSON (Singer): (Singing) I got a lot of things that are changing in my life. Still walking a path (unintelligible) with my momma still (unintelligible), all my own problems…

Mr. JOHNSON: First time I wrote that song I wanted to just show the world, like, I wanted to show everybody who I came in contact with. I even tried playing it over the phone to people. I was so motivated I was like, yes.

Mr. JOHNSON: I love writing music because it makes me think about the situation a little bit more. It’s not just being mad and, you know, hitting walls and running out the door. No, I was just like, being mad and I’ had to dissect it. I had to dissect it all the way down and be like why am I pissed? Who caused it? How come the pain hurts so much like, you know, how people scream in pillows and everything, well screaming on the mic was my thing.

TELONIDIS: And it became his thing, week after week, month after month. Sometimes his songs were lighthearted. He wrote a song about Scooby Doo. And sometimes they’re deadly serious.

(Soundbite of song “Only for the Wise”)

Mr. JOHNSON: That song is called “Only for the Wise” and I made that song because I went to a party with a friend and he was all taking prescriptions drug – I don’t know he stole from his mom, you know, and he died like right in my arms, foam from the mouth, next thing, you know, that foam got bloody then I was – I was drunk. We’re not supposed to be drinking, you know, just all these things were up in my head and I’m just like, oh don’t die on me dog – called the ambulance that got there pronounced him dead right there. And I was just like blown away.

(Soundbite of song, “Only for the Wise”)

Mr. JOHNSON: God must’ve been looking upon me because once I made that song and I pushed it out on my mixed tape, I had two cousins called me saying, like, yo, that song saved my life, you know, like yo just what you said and they even said my lyrics. And they’re like with that song stopped me from taking drugs, because she’s like, you made it and I know you. That’s what kind of music I want.

TELONIDIS: Jeremy’s story is a testament to the power of Open Mic. With help from Matt Mateus, Jeremy received a scholarship to attend the formal audio recording classes at SpyHop. And for the past year, he’s run a program similar to Open Mic at the local boys and girls club, helping the next generation find their voice and put it to music.

Copyright © 2009 NPR. All rights reserved. Visit our website terms of use and permissions pages at www.npr.org for further information.

NPR transcripts are created on a rush deadline by Verb8tm, Inc., an NPR contractor, and produced using a proprietary transcription process developed with NPR. This text may not be in its final form and may be updated or revised in the future. Accuracy and availability may vary. The authoritative record of NPR’s programming is the audio record.

Sat Sep 26 , 2020
by Dana GivensSeptember 17, 2020September 16, 20201127 0 (iStock/kate_sept2004) Embarking on the path of entrepreneurship, one of the most expensive costs that business owners can incur is legal expenses. In efforts to help Black entrepreneurs amid the COVID-19, or the novel coronavirus, pandemic, the Official Black Wall Street organization, a platform […] 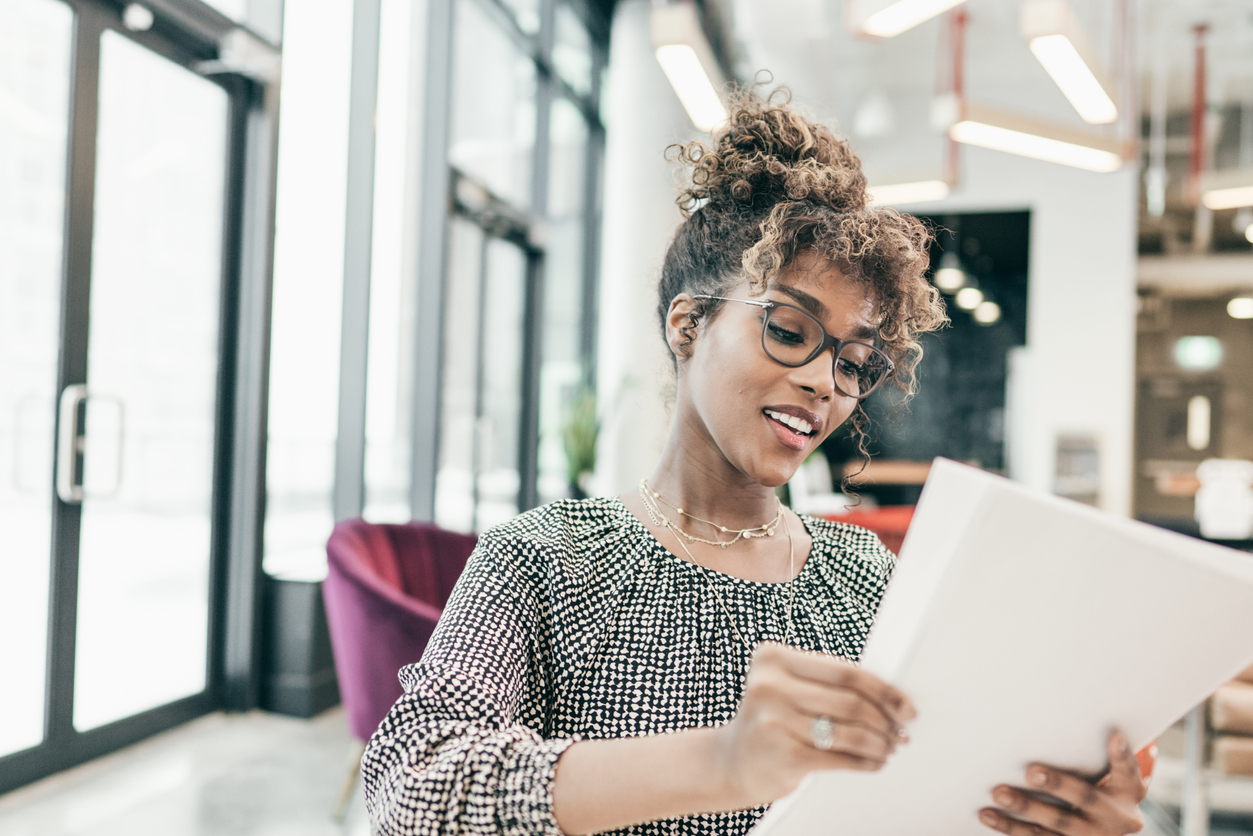