A significant majority of U.S. voters want more accountability from Wall Street. zz/STRF/STAR MAX/IPx It has been ten years since the Wall Street Reform and Consumer Protection Act (Dodd-Frank) was signed. Given the complex nature of rule writing and the fact that fifteen regulators were involved, not all rules were […]

It has been ten years since the Wall Street Reform and Consumer Protection Act (Dodd-Frank) was signed. Given the complex nature of rule writing and the fact that fifteen regulators were involved, not all rules were finalized or implemented. Since Trump came into power, many of the rules that were finalized have been tailored and watered down. Yet, in the vast majority of both Democratic and Republican voters want strong consumer financial protections and tough regulation of the financial services industry.

Yesterday, in an Americans for Financial Reform and  Center for Responsible Lending sponsored-event, Lake Research Partners presented polling data, which shows that when in comes to a desire for tougher regulations for Wall Street, the word bipartisanship still exists.

·      Over nine in ten voters (91%) say it is important to regulate financial services and products to ensure they are fair to consumers, including 68% who say it is very important.

·      Nearly three-quarters of voters (74%) believe that Wall Street financial companies should be held accountable with tougher rules and enforcement, while only one in ten (10%) believe that their practices have changed enough that they don’t need further regulation.

·      After hearing a short description, voters across parties back the Consumer Financial Protection Bureau (CFPB) by wide margins, with at least three-quarters of voters of all political identities in support. (Total: 83% Favor, 46% Favor Strongly; Democrats: 87%,49%; Republicans: 84%, 44%; independents: 75%, 48%).

·      Over three-quarters of Americans (79%) support eliminating bank overdraft fees during the crisis, including 56% who do so strongly

·      Over four in five Americans (86%) support stopping debt collectors from seizing stimulus checks and unemployment benefits, including 69% who do so strongly

According to Lake Research Partners President Celinda Lake, “for the last 8 years support for regulating Wall Street has held firm.” The lowest the support fell was in 2019 to 89%. Democrats (94%), Republicans (90%), and Independents (84%) favor regulating Wall Street. This level of support is consistent across demographic groups, including by age, region, race and gender. Support for regulating Wall Street was the highest amongst Democrats (74% very supportive), men, younger voters, and those in the Midwest and South (All 71%). The polling data also found that Democrats are the most likely to believe that Wall Street and big corporations are getting too much help presently during the Covid-19 crisis (61%), but a majority of Republicans (53%) and a plurality of independents (48%) say the same. This view is held across demographic groups including strong majorities of white voters (59%), men, and voters in the Midwest and South (all 57%).

Irrespective of age, geographic region, race, and gender, over two-thirds of Americans support stronger rules for and enforcement of Wall Street. During the presentation, Lake stated that Men (80%), voters under 50 (77%) and voters in the Midwest (78%) are particularly supportive of Wall Street being held accountable with tougher rules.” In fact, “support for this point of view is the highest it has been since 2014 and is up from 69% last year.”

Even after ten years since Dodd-Frank was signed, Lake Partners’ polling found that support for Dodd-Frank is consistently very strong across gender, age, region, and race. In most demographic groups eight in ten support Dodd-Frank, with stronger support by several points among Democrats (85%), Republicans (83%), men (84%), older voters (83%) and voters in the South (84%).

And while the Consumer Financial Protection Bureau is the regulator that the Trump administration and many bankers love to hate, voters support the CFPB. Over 75% of voters in all major subgroups viewed the CFPB favorably. Male (51% strongly favor) and older voters (50%) are most intensely supportive. At 83%, the overall support in favor of the CFPB is the highest it has ever been since the question was first posed in 2013, and it is 7 percentage points higher than in 2019.

Unfortunately, in this election cycle, consumer protection and financial regulation have barely been mentioned. In fact, in the recent presidential and vice-presidential debates, there was not a single question about financial regulation or consumer protection.  According to Americans for Financial Reform Executive Director Lisa Donner, “The continuity, breadth and depth of public support for restructuring finance

and Wall Street, and for tough oversight to protect the public interest remain extremely striking.”  With any luck, politicians will pay more attention to the fact that American consumers want to be protected and want Wall Street to be accountable. “Policymakers and candidates should pay attention,” said Donner. “Transforming finance is one key to building a more just and equitable economy.”

Sat Oct 10 , 2020
What you’ll learn: Digitization of automotive systems.  How automotive electronics helps to enhance safety in vehicles. How companies are bringing about innovative advancements in automotive electronics.   Evolution has been a prevalent part of the automotive industry from the start, especially as the industrial landscape continues to become more technologically […] 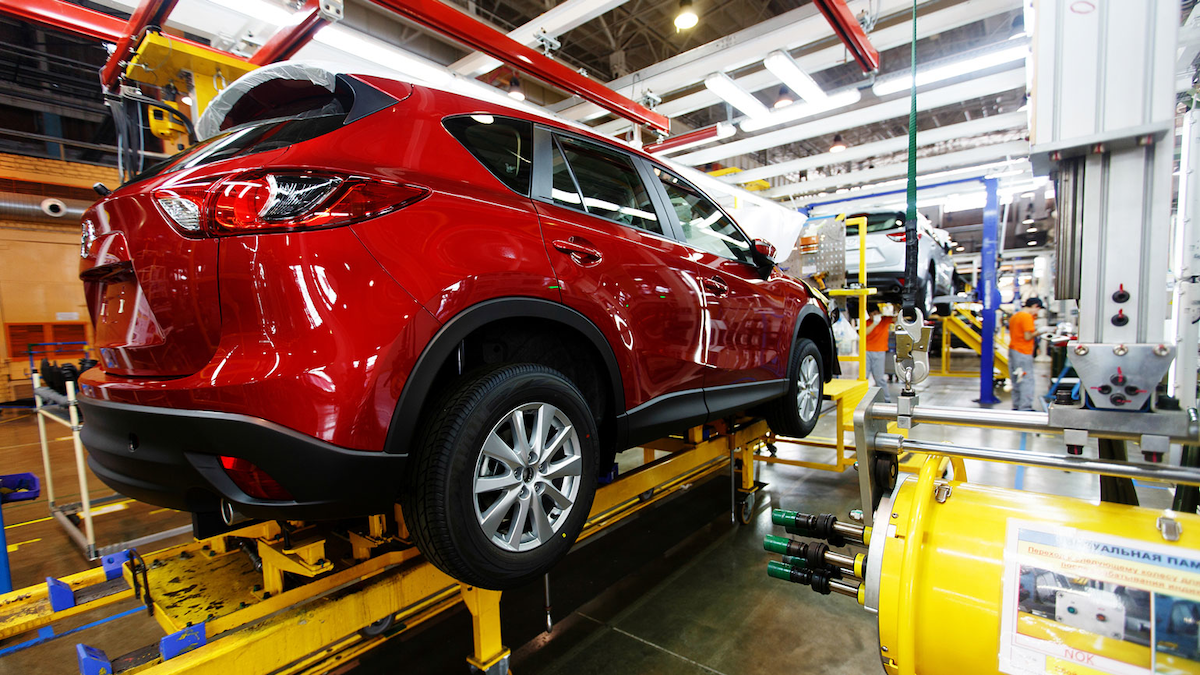