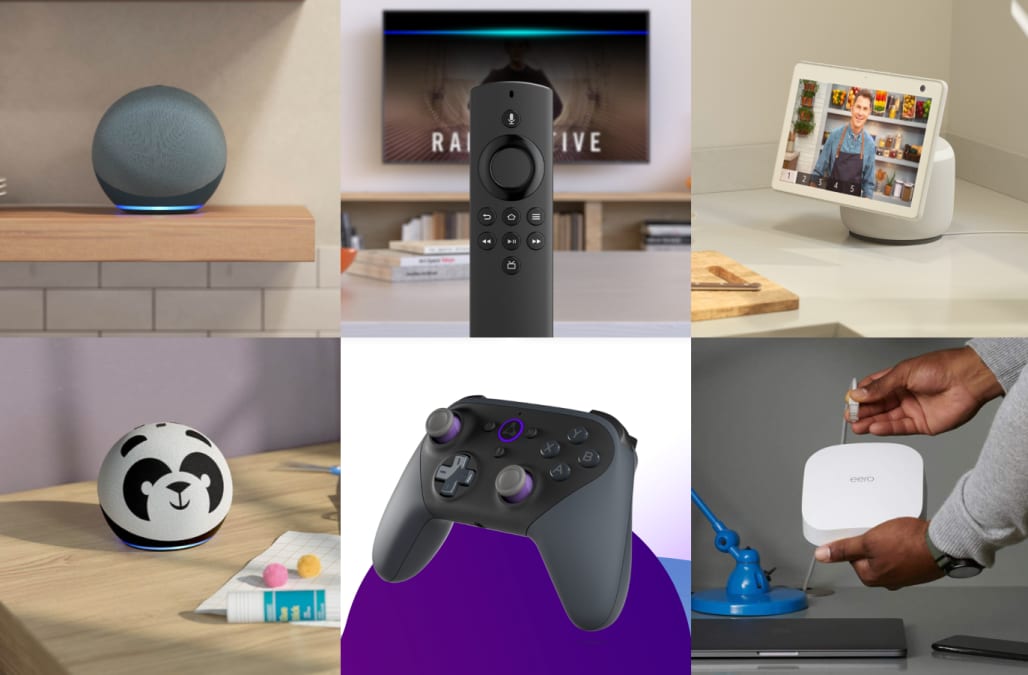 Our team is dedicated to finding and telling you more about the products and deals we love. If you love them too and decide to purchase through the links below, we may receive a commission. Pricing and availability are subject to change.

Just in time for the holiday shopping rush, Amazon announced its next generation of smart home tech devices. Included in the exciting lineup are newly redesigned versions of the Echo and Echo Dot, Echo Show, Fire TV Stick and more new products, including a cloud game streaming service.

Take a look of our roundup of the highlights from Amazon’s newest product releases, below. 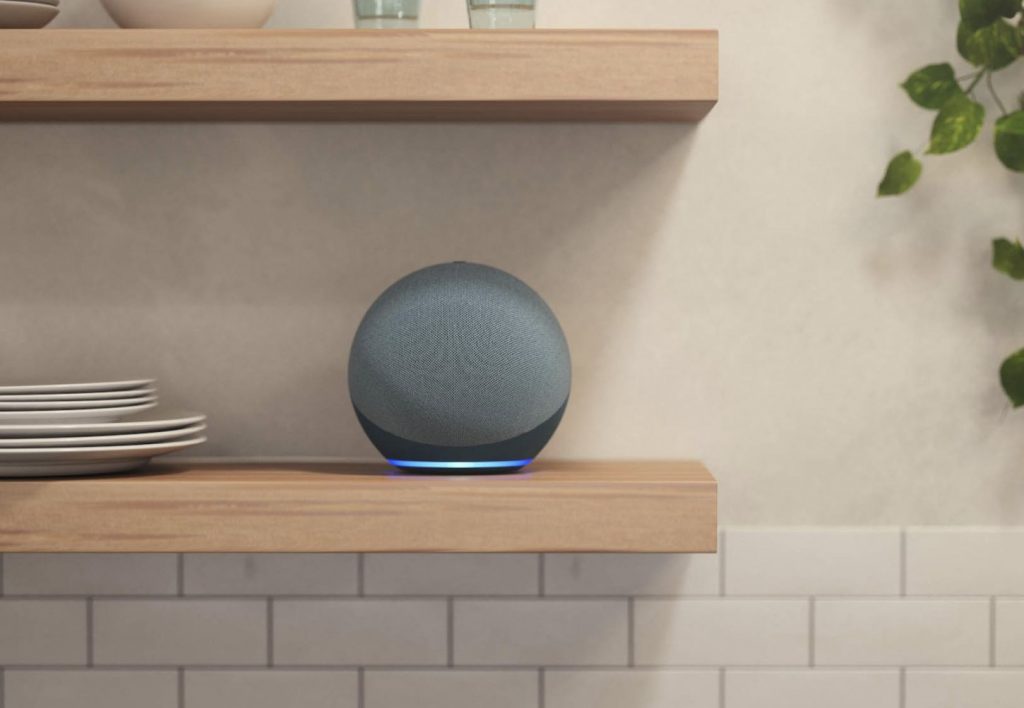 The Amazon Echo stands as one of the most popular Amazon tech releases to date, so this redesign is pretty major.

The all-new fourth generation of the smart speaker is spherical which, according to its description, assists in measuring the acoustics of each room. The device will come in three color options: Charcoal, Glacier White and Twilight Blue.

Pre-orders for the new Amazon Echo are currently live ahead of its October 22 release. 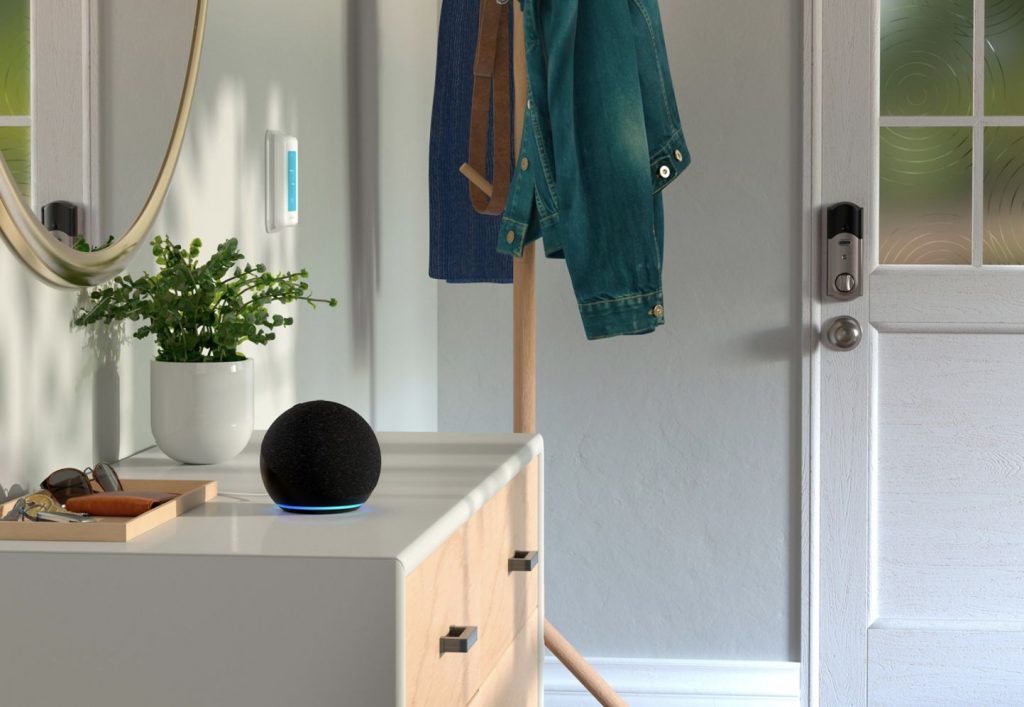 Like the Echo, the ever-popular Echo Dot has been redesigned for the all-new fourth generation release. The smart speaker also now takes on a spherical design and will be available in the same three color schemes as the Echo.

The Echo Dot (fourth generation) is also on pre-order ahead of its October 22 release. 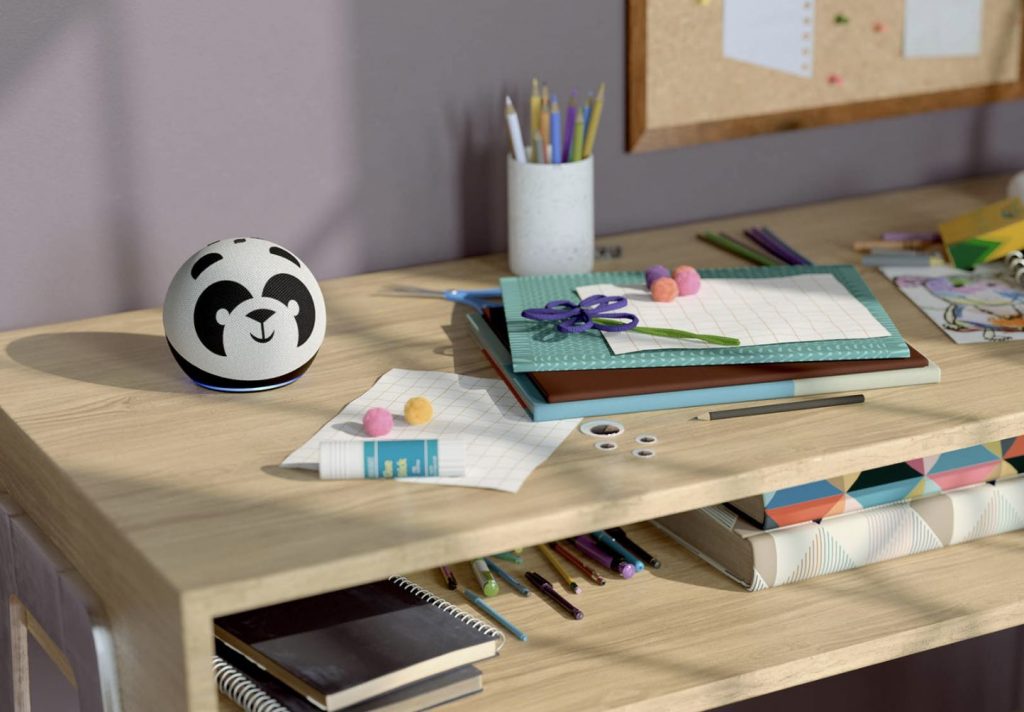 Perhaps one of the most unexpected but exciting new releases is the Echo Dot Kids edition. The device comes in two adorable animal designs: Tiger and Panda.

Designed specifically for children, the device features the ability to read stories and includes new Alexa technology that allows the voice assistant to register when a child is speaking to it.

Both designs of the Echo Dot Kids edition are available for pre-order right now ahead of their October 22 release. 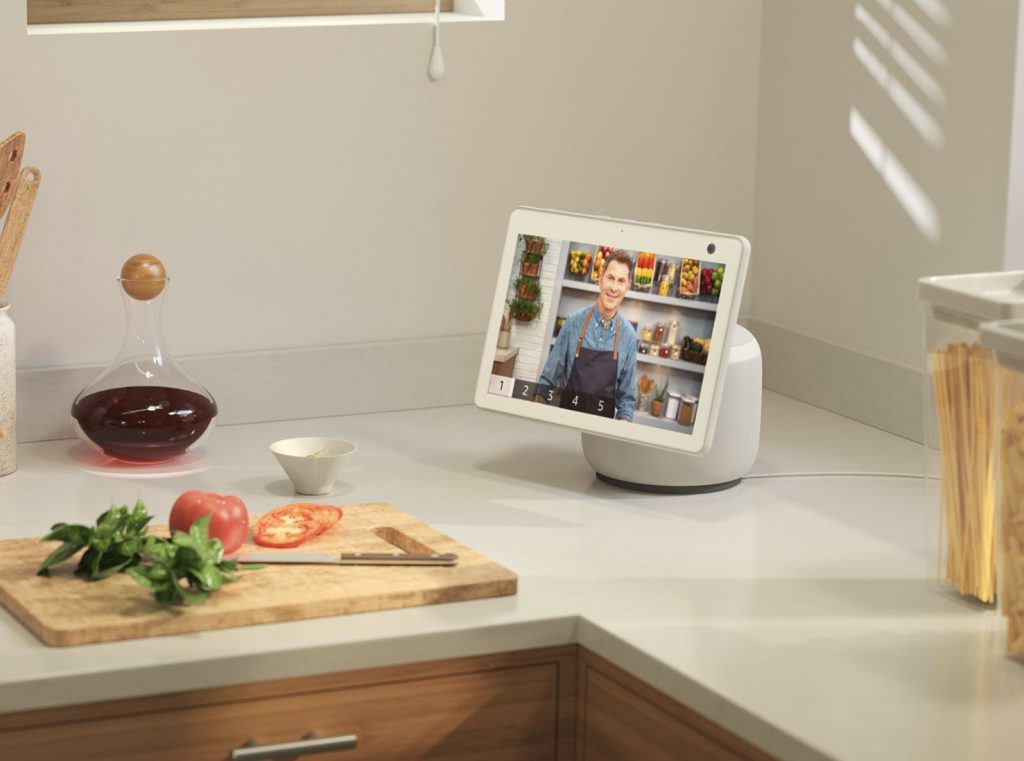 With the all-new Echo Show 10, Alexa is more advanced than ever before. According to the description, the voice assistant is now more conversational and only requires users to wake it once before speaking to it.

The design is also one-of-a-kind as the Echo Show 10, which boasts a 10-inch display, sits atop a swiveling base that turns to your exact location as you speak with Alexa.

Pre-orders for the Echo Show 10 aren’t live just yet and a release date is yet to be announced. 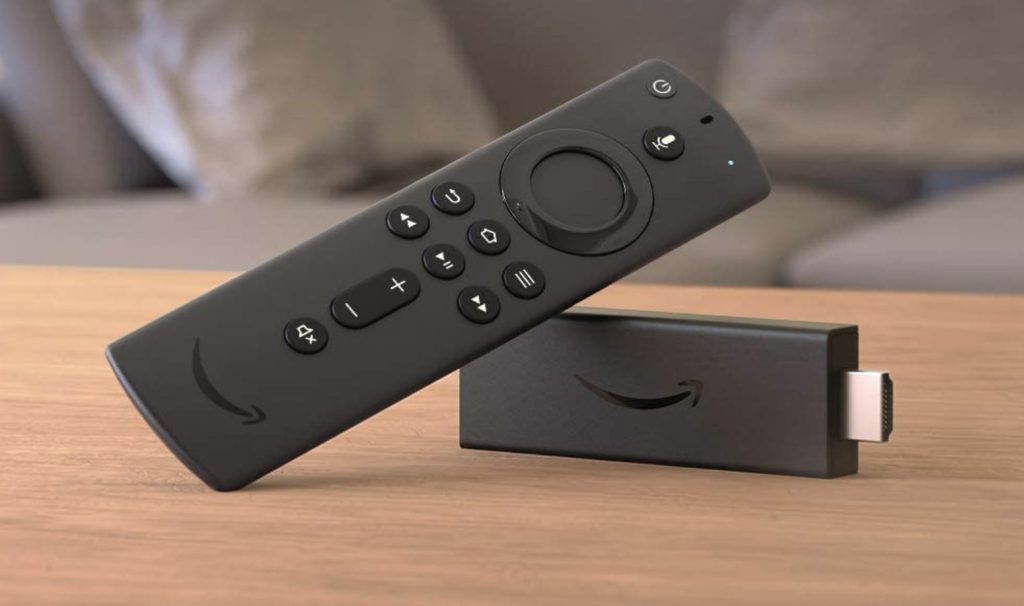 Arriving soon is a brand new version of Amazon’s popular Fire TV Stick. It is reportedly much more robust in performance and launch speed than the previous version. The all-new Fire TV Stick is also capable of HD streaming and HDR color. It, however, will not be taking the place of the Fire TV Stick 4K.

The all-new Fire TV Stick is now available for pre-order ahead of its September 30 release date. 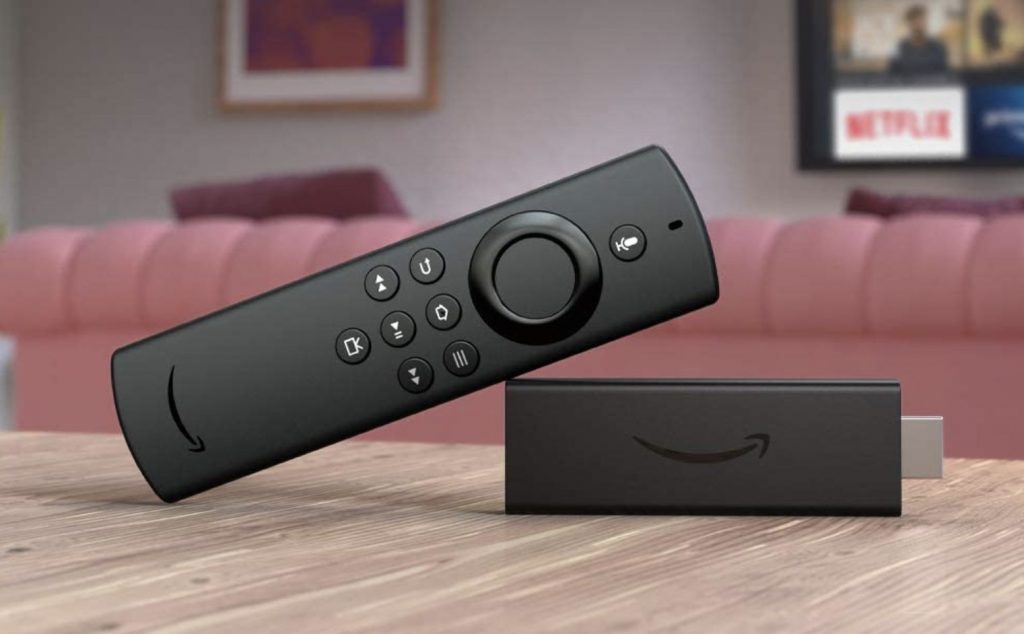 Retailing for $10 less than the all-new Amazon Fire TV Stick is a more budget-friendly version, aptly named the Fire TV Stick Lite. As expected with a cheaper option, a few features are sacrificed, including volume and mute buttons on the remote and stream speeds. The Lite will still, however, support HD streaming.

The all-new Fire TV Stick Lite is now available for pre-order ahead of its September 30 release date. 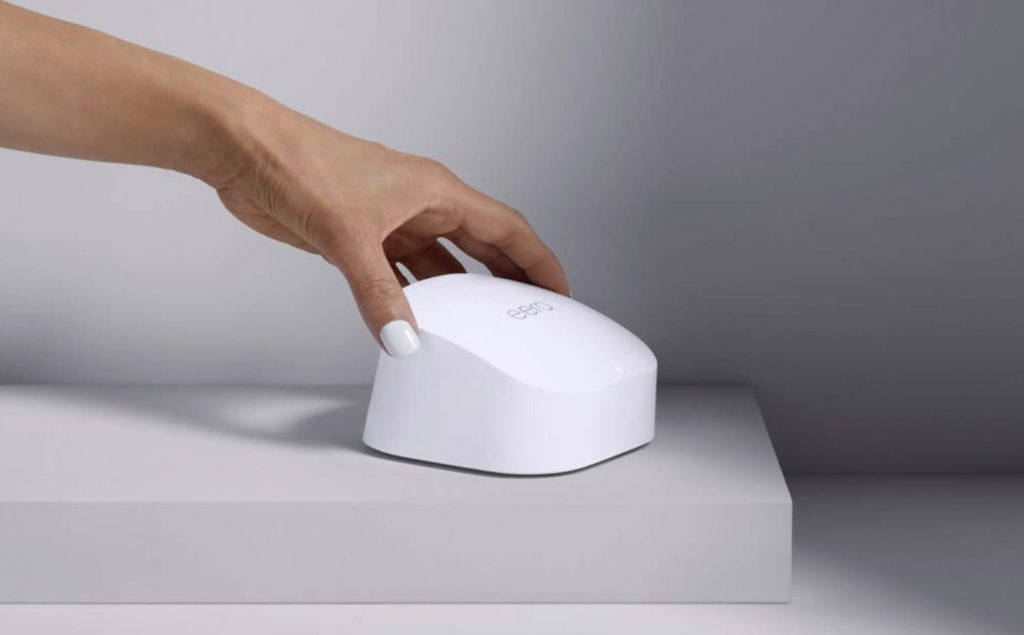 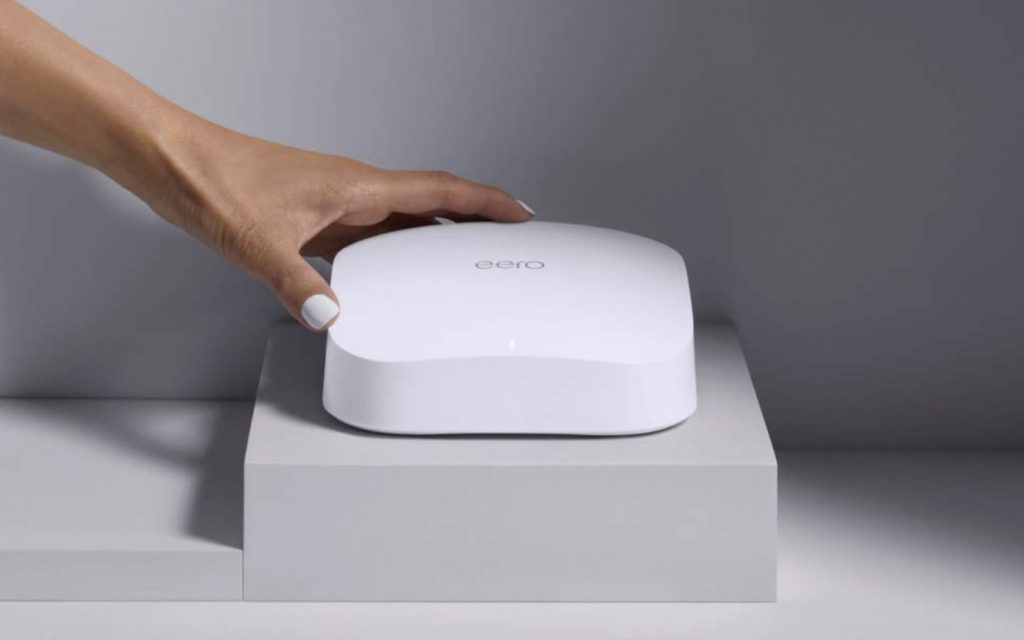 The new Eero 6 and Eero Pro 6 devices are Amazon’s Wi-Fi routers specifically made to be placed throughout a home or apartment in dead zones. Through this technique, Wi-Fi signals increase throughout the space. Designed to function similarly to an extender, the device has easier setup and usability.

Both devices are currently available for pre-order. They are set to release on November 2. 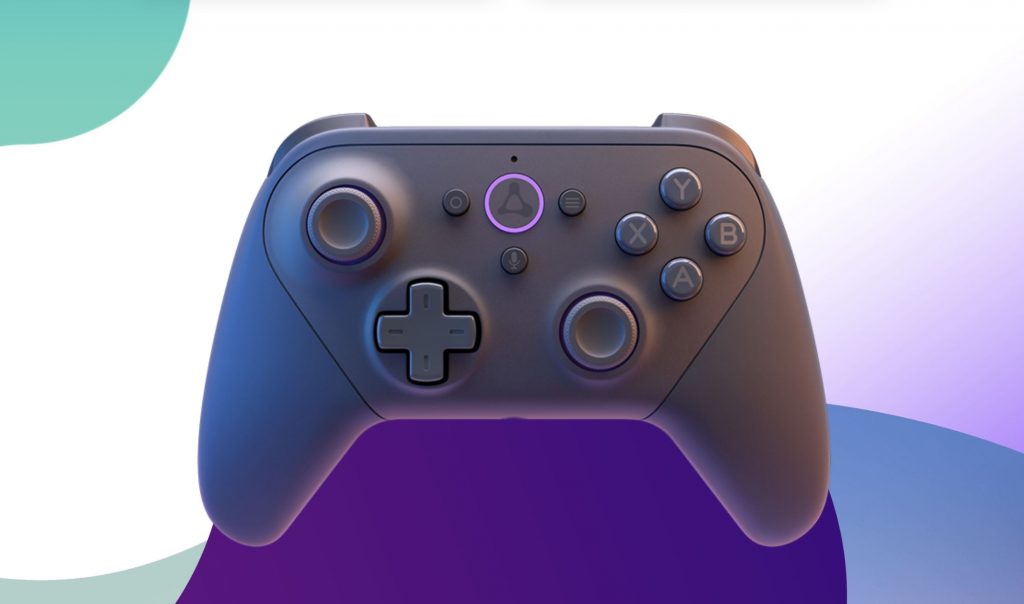 Based on Luna’s description, the service will feature more than 100 games in early access including the likes of “Resident Evil 7, Control” and “A Plague Tale: Innocence.” The retail juggernaut has also partnered with Ubisoft gaming company to bring more than 50 titles to Luna.

Subscribers will be able to access the Luna+ channel in early access for $6 a month, which gives them access to all of the games available in the service. You can request to be included in the Luna early access trial right now.

If you enjoyed this story, you might like to read about this $50 camera that shoppers say offers “the same features” as a GoPro.

More from In The Know:

6 affordable tablet alternatives to the iPad — starting at just $50

Subscribe to our daily newsletter to stay In The Know

The post Amazon announces redesigned Echo devices, a cheaper Fire Stick and more appeared first on In The Know.

Insights on the Transdermal Drug Delivery System Global Market to 2027 - by Type, Application, End-user and Geography

Fri Oct 2 , 2020
The “Transdermal Drug Delivery System Market Forecast to 2027 – COVID-19 Impact and Global Analysis by Type; Application; End User; and Geography” report has been added to ResearchAndMarkets.com’s offering. The transdermal drug delivery system market was valued at US$ 6,063.85 million in 2019 and is projected to reach US$ 8,415.04 […]