Amazon subsidiary Ring is releasing a new home security camera that flies. It’s a drone that comes with a charging base station that can fly around your home to ensure thieves aren’t breaking in. The new Ring Always Home Cam from Amazon, a flying home security camera drone. Amazon And […]

Amazon subsidiary Ring is releasing a new home security camera that flies. It’s a drone that comes with a charging base station that can fly around your home to ensure thieves aren’t breaking in.

And no, it doesn’t come with sharks.

This is a bit of a head shaker, but it’s also pure genius. You want home security, but it’s hard to buy cameras that cover all areas of your home — even if you wanted to — or a security system that is attached to every door and window in your house. Getting a full security system with multiple components for all your rooms and entrances could cost thousands. But the new Ring Always Home Cam solves the problem for just $249.

Assuming, of course, it doesn’t video you doing something you’d rather not be videoed doing.

See the drone in action in a silent video from Amazon:

Thankfully, while the drone is fully autonomous, you can also program where it goes in your home. It can also be sent for a quick fly-around on demand (”I heard a noise downstairs, honey”), or set to make a quick circuit of your home when any disturbance is detected by a Ring alarm system, the Verge says.

The camera drone will be stand-alone useful.

You will not need to own other Ring devices to make the Ring Always Home Cam useful, an Amazon representative told me. But, with Ring Alarm, the drone will automatically fly paths you’ve set up if a sensor is tripped when the alarm is armed.

In addition, the Ring Always Home Cam does have night vision, so it will work even if it’s night and there is very low light.

Analysts aren’t sure whether to take it seriously or not.

“It’s an attention getter,” says Brian Jackson, an analyst with Info-Tech Research Group told me on the TechFirst podcast. “A flying robot in your home … it’s something that people have seen at the toy level so far, but to come out and say that it’s going to be an actual, useful product that you’ll use to help secure your home … that’s a whole other level. I really can’t wait to see live demos of this navigating people’s different floor plans.”

The security drone, which will be available in 2021 in the U.S. and in Europe at a later date, will make a noise when flying but will not — at least initially — be able to transmit your voice or a predetermined phrase to any burglars or vandals you might encounter.

The camera drone should be safe, since the propellors are fully enclosed. Ring Always Home Cam records 1080P video, and only records in-flight. All video is stored on Ring’s encrypted cloud servers, Amazon says, if you have a Ring Protect plan.

“Built with privacy in mind, it only records when in flight; when it’s not in use it sits in a doc and the camera is physically blocked,” Amazon says. “And, it’s loud enough so you hear when it’s in motion.”

In addition, the device has no microphone and therefore does not record any audio. That seems a bit of a miss, since Amazon is busily putting Alexa on pretty much anything everywhere, including clocks and fish mounted on plaques on the wall. It might not be a bad thing in the future to say “Alexa, fly here and share the video with police!” But it does up the privacy quotient.

Amazon is really getting creative with its smart home devices lately.

One thing they’re not getting creative about is naming: “Ring Always Home Cam” is a horrible name.

But it is a very cool device.

One caveat: it hasn’t been approved by the FCC yet, and won’t be available for sale until that approval is obtained. Since it’s an indoor-only drone, that probably won’t be too much of a challenge, however. 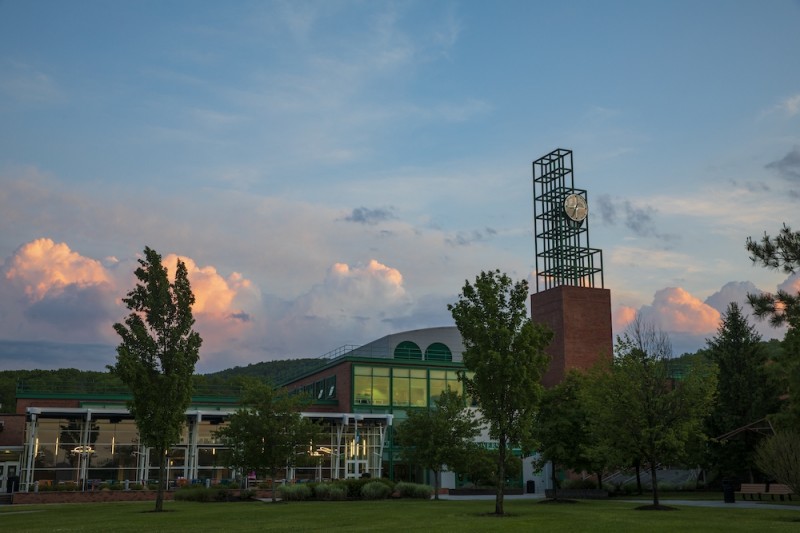