Washington D.C., Sep 26, 2020 / 04:30 pm MT (CNA).- Judge Amy Coney Barrett pledged to serve all Americans with impartiality if confirmed to the Supreme Court, following her nomination by President Donald Trump on Saturday. Speaking in the White House Rose Garden on Sept. 26, Barrett said she was […]

If confirmed by the Senate, Barrett, a Catholic, said she “will be mindful of who came before me.”

“The flag of the United States is still flying at half-staff in memory of Justice Ruth Bader Ginsburg, to mark the end of a great American life,” she said.

“Justice Ginsburg began her career at a time when women were not welcome in the legal profession, but she not only broke glass ceilings, she smashed them. For that, she has won the admiration of women across the country and indeed the world.”

Barrett paid tribute to her potential predecessor as “a woman of enormous talent and consequence and her life of public service is an example to us all,” as well as to her own legal mentor and past Supreme Court Justice Antonin Scalia, for whom she clerked.

The close friendship between Scalia and Ginsburg, Barrett said, is “particularly poignant to me.”

“Justices Scalia and Ginsburg disagreed fiercely in print, without rancor in person,” she said.

“Their ability to maintain a warm and rich friendship despite their differences even inspired an opera. These two great Americans demonstrated that arguments, even about matters of great consequence, need not destroy affection.”

“In both my personal and professional relationships, I strive to meet that standard.”

Barrett affirmed of Scalia that “his judicial philosophy is mine too: a judge must apply the law as written,” she said. “Judges are not policy makers, and they must be resolute in setting aside any policy views they might hold.”

In his introductory remarks in the White House Rose Garden on Saturday, President Trump noted that Barrett, if confirmed, would be the first female Supreme Court justice with school-aged children.

Barrett, a mother of seven, also paid a warm tribute to her family, noting that, if confirmed she would be the ninth justice on the court. “As it happens, I am used to being in a group of nine,” she observed.

“Our children obviously make our life very full,” she said. “While I am a judge, I am better known back home as a room-parent, carpool-driver, and birthday-party planner,” Barrett said.

“Our children are my greatest joy, even though they deprive me of any reasonable amount of sleep,” she said, while praising the “unwavering support” of her husband, Jesse Barrett, also a successful lawyer, who “does far more than his share of the work.”

“It is important, at a moment like this, to acknowledge family and friends,” Barrett said. “But this evening I also want to acknowledge you my fellow Americans. The president has nominated me to serve on the United States Supreme Court. And that institution belongs to all of us.”

“If confirmed, I would not assume that role for the sake of those in my own circle and certainly not for my own sake. I would assume this role to serve you. I would discharge the judicial oath, which requires me to administer justice without respect to persons, do[ing] equal right to the poor and rich.”

In presenting his third nomination to the Supreme Court, President Trump recommended Barrett as “a woman of unparalleled achievement, towering intellect, sterling credentials and unyielding loyalty to the constitution,” and “eminently qualified” for service on the nation’s highest court.

Republican leaders have indicated that they will move quickly to schedule confirmation hearings before the Senate judiciary committee and bring Barrett’s nomination to a full vote.

Senate majority leader Mitch McConnell said earlier this week that “the Senate will vote on this nomination this year,” but has not specified if he expects the vote to occur before or after the November election.

The president thanked members of the Senate present at the presentation on Saturday for their “commitment to providing a fair and timely hearing” for the nomination.

Barrett currently serves on the United States Court of Appeals for the Seventh Circuit, a position to which Trump nominated her in 2017.

Noting that she received “bipartisan support” in her 2017 confirmation vote, the president said her “qualifications are unsurpassed, and her record is beyond reproach,” and that there should be a “straightforward and prompt” confirmation process.

“It should be very easy,” Trump said, “good luck.”

Speaking after Trump, Barrett said she “looked forward” to working with members of the Senate during the confirmation process.

“I will do my very best to demonstrate that I am worthy of your support,” she said

Barrett also said that she had “no illusions that the road ahead of me will be easy, either for the short term or the long haul.”

“I never imagined that I would find myself in this position, but now that I am,” she said, “I assure that I will meet the challenge with both humility and courage.”

Sun Sep 27 , 2020
The European printed electronics market is projected to grow at a significant of 12.5% during the forecast period (2020-2026). The major factor that propels the growth pf the market includes the various projects regarding electronics manufacturing in the region. The EU’s Future and Emerging Technology (FET) Flagship projects are one […] 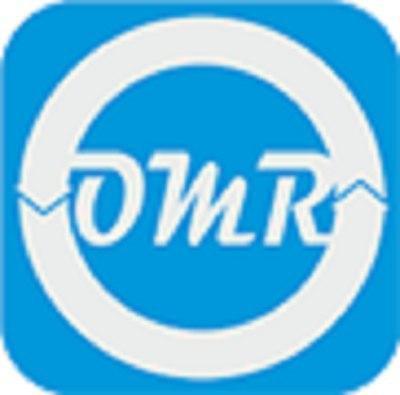