(Bloomberg) — The European Union is weighing legislation that could force Apple Inc. to open iPhone payment technology to competitors. Load Error The potential rules would grant other payment services a right of access to infrastructure such as near-field communication technology embedded in smartphones, the European Commission said Thursday, confirming […]

(Bloomberg) — The European Union is weighing legislation that could force Apple Inc. to open iPhone payment technology to competitors.

The potential rules would grant other payment services a right of access to infrastructure such as near-field communication technology embedded in smartphones, the European Commission said Thursday, confirming a Bloomberg report last week.

While the EU didn’t explicitly name Apple, it said the “most commonly reported issue” related to mobile device manufacturers restricting third-party access to NFC chips. The components handle wireless signals that allow users to pay via their smartphones or watches at store terminals.

At present, iPhone and Apple Watch users can only make NFC payments using Apple Pay. Banks and other competitors have said they want the same functionality for their own iPhone apps but that Apple refuses access to the chip.

By contrast, Google’s Android phone allows rival apps to use NFC technology. Only one application is allowed access to it at a time for a given transaction to keep data secure.

“We believe legislation that dictates a company’s technical approach to hardware and software security will ultimately put customers at risk and stifle innovation,” an Apple spokesman said. “We plan to work with the European Commission to help them understand the benefits of Apple Pay.”

Apple has previously said it restricts access to the NFC chip for security reasons. It said granting rival mobile payment apps access to the chip, decoupled from Apple’s added layer of security, could increase the risk of fraud and other security breaches.

The EU said it’s aware of a variety of situations in which some operators restrict access to infrastructure. It pointed to problems with contactless payment functions in point-of-sale terminals and mobile phone SIM cards.

In a statement, the commission said payment service providers should be able to develop and offer “innovative payment solutions using all relevant technical infrastructures, under fair, reasonable and non-discriminatory terms and access conditions.”

The EU said the new legislation would spell out criteria identifying the necessary infrastructure and the conditions for granting access rights.

It follows a decision in June by the EU’s antitrust arm to investigate the iPhone maker and establish whether it limits NFC functionality to Apple Pay.

Fri Sep 25 , 2020
Software giant Microsoft Corp. today announced that engineers working on NASA’s Orion spacecraft designed to take humanity to the moon and beyond will have access to augmented reality, including its HoloLens 2 headset, to help build future versions. At Microsoft Ignite 2020, the company’s annual developer conference running online this year, the […] 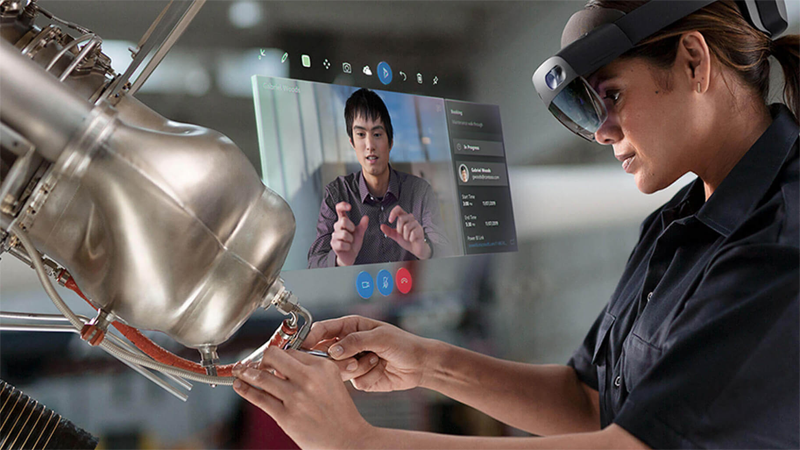