Gallery: Best gaming phone 2020: The best gaming handsets you can buy (Pocket-lint) The iPhone 12 might be making its debut soon, but Apple might already be working on a follow-up model already. It was rumoured before that the company has plans to join the foldable smartphone market currently dominated […]

The iPhone 12 might be making its debut soon, but Apple might already be working on a follow-up model already. It was rumoured before that the company has plans to join the foldable smartphone market currently dominated by Samsung, Huawei, and Motorola. However, it needs to overcome a limitation imposed by the current foldable display technology. On the other hand, it might have something in mind as revealed by a patent document it filed earlier this year.


It was recently made public by the United States Patent and Trademark Office (USPTO), which detailed a unique feature that might potentially be revolutionary. Samsung made bold claims about the purported durability of its ultra-thin glass tech on the Galaxy Z Flip and Galaxy Z Fold2. Nevertheless, the flexible screen remained susceptible to damage even just from regular use. Meanwhile, what Apple hopes to offer is a “self-healing” display cover.

This is not the first time the tech industry encountered a “self-healing” material. In 2013, LG Electronics introduced the G Flex, which boasted a rear cover that could supposedly survive knife scratches and other minor surface damages. Unfortunately, it did not meet expectations after it was subjected to tests. Apple did not specify if the special substrate is intended for a handset or a tablet, but the figures on the documents suggest it might be a mobile phone.


Earlier in September, Apple supposedly placed a large order for foldable OLED displays from Samsung. This led supply chain sources to speculate that a folding iPhone might be in development right now. In a related report, the iPhone 12 series might be the first models to ship without EarPods and chargers inside the box. This was noted by a line of text within the code for iOS 14.2.

The great uncoupling: one supply chain for China, one for everywhere else

Tue Oct 6 , 2020
This article is part of a series on the New Cold War Earlier this year, four dozen lawyers, accountants and bankers from all over Latin America piled into a conference room in an office tower on Miami Waterfront. They listened spellbound as Nicholas Chen, an energetic lawyer who had come […] 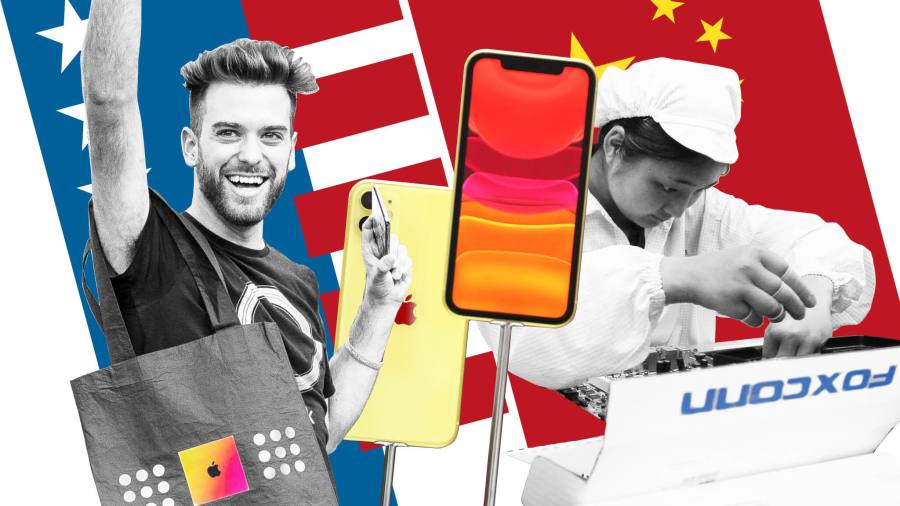