A week after she bought a new microwave in May, Claudia Macdonald was put on a waitlist when it broke down. Six months since, the Winnipegger’s still waiting.  “They first told me it’d be a week or so to get it replaced,” she told the Free Press Friday. “Now, they’re […]

A week after she bought a new microwave in May, Claudia Macdonald was put on a waitlist when it broke down. Six months since, the Winnipegger’s still waiting.

“They first told me it’d be a week or so to get it replaced,” she told the Free Press Friday. “Now, they’re saying it might be next summer.”

But Macdonald is not the only one.

From microwaves, coffee makers and toasters to fridges and beyond, Canadian storefronts selling appliances are reporting a record shortage of supplies — both inventory and parts —  across the country due to the coronavirus pandemic.

It’s a “domino effect” of surging demand and supply chain problems, say experts, resulting in mounting backorders ahead of the busiest shopping season of the year.

Several manufacturers say while they’re working hard to crank out appliances to meet the rising demand, supplies might not still be enough because of scaled-back operations and pandemic-related protocols.

For customers, that means limited selection of items in stock and wait times for new mid- to small-level appliances or replacements well into 2021.

“With a second wave of (COVID-19) cases on the horizon, it doesn’t look like this massive problem will go away any time soon,” said supply management professor Halia Valladares at Mount Royal University,

In interviews with the Free Press, several appliance stores in the province said they’re now focusing on only restocking their most popular items.

But for some independent stores, restocking is a problem, too. Manufacturers, they believe, have recently begun to play favourites with popular appliances.

“It all began in April and May when people started panic buying for what they thought was the apocalypse,” said James Bain, manager at the appliance store on St. Mary’s Rd. “Once they realized they’d bought all this extra frozen food, they started rushing to buy freezers.”

Bain said they sold about ten times as many freezers this year than any other year before.

“It’s been very hard to get any of them anymore for the last six months,” he added. “And it’s also something we’ve been experiencing with fridges, stoves and any other mid-ticket items.”

Erik Kriewald, operations manager at Stalwart Appliances, said that’s something their high-end store in the city has also experienced.

“It’s been a combination of things like people using their vacation budgets, updating to energy-efficient appliances or just being stuck indoors that’s led to such sales,” he said.

“Warehouses in Ontario and Alberta, let alone Manitoba, are just completely empty,” said Kriewald. “It’s completely wild because the moment something comes from one truck, it immediately goes on to another truck.”

Part of the issue about restocking lies in the factories where appliances are being built, says Valladares. “Because most of them are in the U.S. or Mexico, it’s been increasingly difficult for companies to get them to Canada,” she said.

“I wouldn’t be surprised if they preferred getting them to the domestic storefronts first.”

Leading manufacturers like Black + Decker and Remington say their factories are now at full capacity, forcing them to rethink their long-term strategies.

“Spikes in demand have caused gaps that will be felt in sales and availability for the next number of months while we all try to match the changes,” said Lyndon Madden, speaking on behalf of Spectrum Brands, a Fortune 500 company that manufactures several global brands like Black + Decker.

Madden added that parts and service will face particularly longer wait times in the next year because of “changing market dynamics.

“Depending on which way the updates on COVID will go,” he said, “We and other companies have been working swiftly to rethink demand in this period … There will be shortages in some areas still, but the supply chain is closing the gap to what you need on shelf.”

At Whirpool Canada, COVID-19 protocols have severely affected their manufacturing facilities. Along with increased cleaning and absenteeism, the company’s vice-president and general manager Gary Power said they “aren’t able to operate at maximum capacity.”

That’s why, Power said, they’re focusing on essential appliances with “full parts availability” that can provide the highest yield.

Like Whirpool, most appliance factories and warehouses in the United States and abroad are operating at 50 per cent capacity because of the pandemic. Employees at LG Appliances’ washing-machine factory in Tennessee have been working in staggered shifts since late March, with production being paused for at least two weeks in April, said LG spokesperson John Taylor.

For LG, these shortage concerns means less promotion of certain items. “We are not going to over-promote the things we can’t get,” said spokesperson Taylor in a statement.

“We are not over the hump yet.”

The Association of Home Appliance Manufacturers (Canada) says several brands have now begun to make headway through back orders.

Data AHAM shared with the Free Press suggests shipments of major appliances were down by at least seven per cent on average this year, compared to the same period in 2019. Refrigerator shipments were down 10 per cent, freezers dipped 13.4 per cent and electric stoves saw a seven per cent decline.

“One part and one item can cause a big chain of delays,” said the Winnipeg store’s general manager. “But it isn’t something we can control — especially not in a global pandemic.

“At the end of the day, people just need to be more understanding and patient during this time.”

—With files from the Canadian Press

Aligning business and IT: ‘BizOps Manifesto Unveiled’ focuses on software development and operations

Sun Oct 11 , 2020
The enterprise world is in the midst of an “Ops” revolution, ranging from DevOps and ITOps to AIOps and SecOps. At the core, this concept embodies the connection between business operations and technology functions, which has led a coalition of industry leaders, under the guidance of Broadcom Inc., to create […] 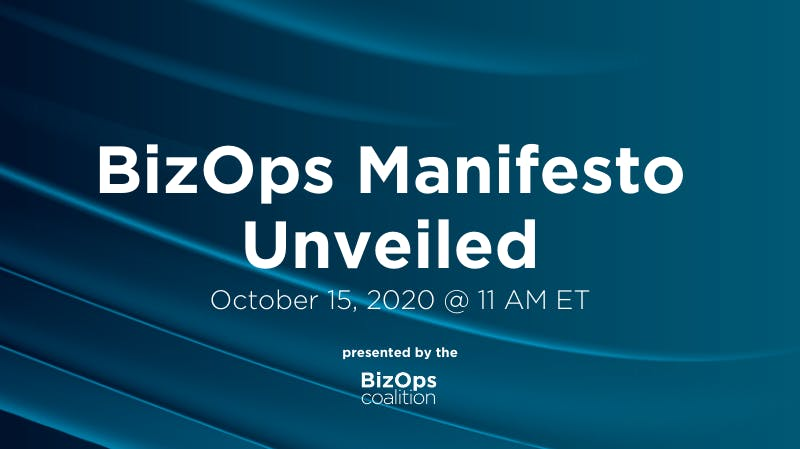