Within a month, Connecticut residents may be able to access smartphone alerts if they have had possible contact with COVID-19 patients, Gov. Ned Lamont announced on Tuesday, hours before the state reported one of its highest daily increases in recent positive tests. © Provided by Connecticut Post Gov. Ned Lamont […]

Within a month, Connecticut residents may be able to access smartphone alerts if they have had possible contact with COVID-19 patients, Gov. Ned Lamont announced on Tuesday, hours before the state reported one of its highest daily increases in recent positive tests.

Gov. Ned Lamont said Tuesday that the state is exploring a smartphone notification system for COVID infections. The technology has raised privacy concerns around the world in recent months.

The state Department of Public Health reported an uptick in both the infection rate and hospitalizations. There were 182 new COVID-19 infections reported out of 10,380 tests, for a 1.75-percent positivity rate. Two additional fatalities were reported, bringing the death toll to 4,505. The weekend infection rate was 1.07 percent. The DPH also reported a net increase of 17 hospitalizations on Tuesday, bringing the total to 92.

Lamont said that Google and Apple, which will offer the service in cooperation with the state, have promised privacy for users of the app, which Lamont intends to detail further in coming days. It could make contact tracing easier, he said, predicting that the online program, in cooperation with similar efforts in New York and New Jersey, could quickly alert people who might have been infected.

“This is a pretty big deal,” Lamont told reporters during his daily news conference from the Capitol. “We’ll be able to give you a real-time response. Perhaps you won’t be able to quarantine if you have the sniffles.”

Under the current plan, state residents could opt into the online notification alerts through their phones, which would keep track of whom they have been in close contact with over a period of time. If someone tests positive, they would be able to key into their phones, which would notify those who might have been in close contact.

People alerted of possible contacts could then get in touch with their doctors, self isolate and take other responses.

The technology, however, has creating privacy concerns around the world, and recent polls indicate a general reluctance on the part of phone users.

Lamont also told reporters that the state should have the first 69,000 Abbott Labs rapid tests for COVID-19 from the federal government by the end of the week. The first of the projected one million tests supplied from Washington will be used to quickly locate potential instances in schools and other facilities where outbreaks could spread quickly.

“I think this is really important because it allows you to have a test done locally, on site, at the school, for example,” Lamont said. “You get an immediate response. It’s highly accurate, especially for those in early stages or showing symptoms, at least.”

He said it will complement the state’s current testing capability, which varies between 10,000 and 15,000 a day. Josh Geballe, Lamont’s chief operating officer, said that in the case of schools, the rapid tests can be quickly deployed and could possibly prevent students from being sent home to quarantine, or even the closure of entire schools.

“It’s an area where we are very hopeful that the new technology will be very beneficial in our schools, potentially daycare centers and other similar facilities,” Geballe said.

Lamont said the total number of rapid tests purchased by the federal government will be about 150 million, with 50 million to be kept back for emergencies, so the states and territories will divide up 100 million Abbott tests. “That would mean we would have a million tests available over the next few months,” Lamont said.

In addition to schools, child care and vulnerable populations and first responders, Geballe said the quick tests would be available to state Department of Public Health rapid response teams to go into nursing homes, prisons and other locations of potential COVID outbreaks such as cities that experience outbreaks, such as the recent uptick in Danbury.

For these PBA rookies, life in the bubble means PS4 time

Mon Oct 5 , 2020
The sheer amount of games played daily in the 2020 PBA season restart doesn’t necessarily mean players can escape the boredom and weariness that will inevitably set in during down times inside the bubble in Clark, Pampanga. So in packing for the Philippine Cup resumption — which could last from […] 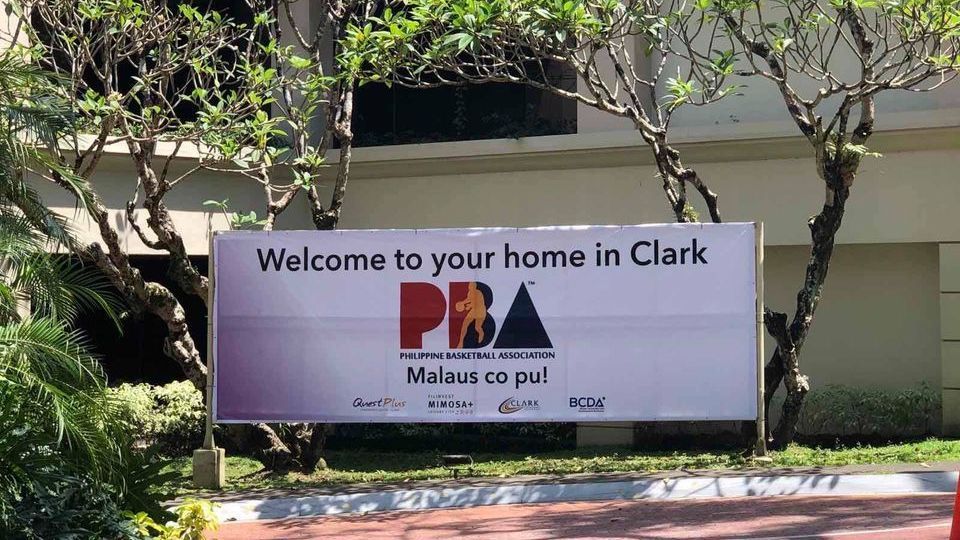