The best gaming PCs – and best gaming laptops, to an extent – come in all shapes, sizes, and, of course, configurations. However, this doesn’t mean that cramming the most expensive components inside is key to victory. We’ve seen more carefully considered designs in the last few years, and this […]

The best gaming PCs – and best gaming laptops, to an extent – come in all shapes, sizes, and, of course, configurations. However, this doesn’t mean that cramming the most expensive components inside is key to victory. We’ve seen more carefully considered designs in the last few years, and this has resulted in some great machines that tone down the desire to cram in the latest components and opt for more deliberate combinations (all while offering an easy and straightforward way into PC gaming). The ASUS GA15 does exactly that.

The case is slick black in its aesthetic, and on the whole, and I could almost leave it at that. However, there are some accents to the design which are cool and/or make for good functionality.

To kick things off, there is a black handle at the top which is a very useful addition for increasing this large PC’s maneuverability. Under this handle are the top-facing ports (a regular USB, a USB-C, and both your 3.5mm audio jacks) which are easy to interact with, particularly if the PC is kept lower than you are – if the PC is on a desk, let’s say, this may lead to cables needing draping down awkwardly. On the port front, it’s a pretty standard but well-stocked affair on the rear; easily enough to accommodate the best gaming mouse (or best left-handed gaming mouse if your a sinister player like me), the best wireless gaming headset, and the best gaming keyboard – even one that demands two USBs.

Meanwhile, the power button is at the head of the RGB strip on the front of the machine – all in, the most visible part of the PC is neat and pleasing. Even if the power button is relatively easy to push in all the way by accident, as I found when scratching my leg in a meeting. Still, not a big problem.

Elsewhere there is a stand or lip which stabilizes the front of the case in a slightly upward position or, as I have used it, can hook over the front of shelves. The PC isn’t going anywhere either way, and is chunky enough to not slip and slide around, but also of a size to fit on all but the smallest shelves and desks.

All over the case, be it the neat frontage or relatively plain majority of the case, there are vents and holes everywhere. These work both aesthetically and functionally, never impacting the design, and also providing plenty of built-in airflow.

As a note, the PC I have for review is the oft-seen one with all black panelling, but you may come across it with a glass side panel. Either way, the PC errs on the traditional side of access with the panels being easy to remove and gain access to the guts of the machine. As it has a standard layout inside, you’ll be fine to tinker and upgrade down the line – there are no intricate or totally unique arrangements here.

Importantly, the ASUS GA15, much like most pre-builts from the big players, comes in a vast array of builds. Using GPUs as a broad-brush barometer of build ‘power’, this can stretch from machines with Nvidia 1650 cards, all the way up to a 2070 Super or an AMD 5700XT. There are fewer processors to choose from but that’s no problem when they all harbor AMD Ryzen excellence. As you can see from the specs box, the build sent in to us blends those worlds of Ryzen processors and Nvidia graphics cards to create a PC at the lower-end of the ray-tracing spectrum, but one that offers a lot of bang for your buck. The 2060 Super card is probably the best value card for ray-tracing now, while the Ryzen 7 processor is an equally excellent component that balances performance, reliability, and durability with an affordable price tag. Supported by that dual storage combo, and 16GB of RAM, this is what I would call a ‘sensible high-end’ build.

How does the ASUS ROG Strix GA15 fare on some industry tests? We’ve included these below to give you a feel of how it performs (all at 1080p).

The ASUS GA15 puts all its components to great use. In a way, I almost wish there was more to say on the PC’s performance – I really could stop after saying ‘this PC will run everything fine’.

At 1080p, this PC can provide blistering experiences – getting close to 60fps in Metro Exodus on its RTX benchmark is an achievement, for sure. This also bodes well for gaming at 1440p if settings are toned down a bit, too. While it might not give you every tiny detail combined with the incredibly high frame rates that a high-end Alienware gaming PC and laptop might offer, you’ll still get just as satisfying and enjoyable a gaming experience on it. The GA15 never struggles to run a AAA or demanding game, and it’ll just go about its business presenting games to you at an enormously enjoyable level of fidelity and smoothness. It all runs quietly too, and I’ve barely ever heard it struggle – or even work hard, really – no matter the task or game.

Although you will have to make the decision of where to run your games from if you want to have multiple titles at your fingertips (though the 2TB HDD is roomy enough to support you in the first instance of course), you can always upgrade the SSD to a larger one. This is a great point to remember all over as the stock configurations offer – on the whole – a great-value access point into PC gaming and you maintain the ability to tinker down the line.

A word of caution, though. Judging it purely in off-the-shelf terms, while I’d say this is a great machine right now, it might not be the most futureproof. After all, the 30-series of Nvidia’s graphics cards have been revealed. So, if you really want to get a gaming machine that you don’t have to worry about going out of date quickly, then you might be better off waiting for a build that will include one of those new cards.

If you’re willing to pay for a quality gaming PC right now that could be your go-to work PC as well, on the other hand? Then I can’t think of many better investments performance-wise. The best of both worlds is to get the ASUS GA15 now, enjoy it, and then upgrade your build with a new GPU down the line. This is the beauty of PC gaming.

Overall – should you buy it?

This is an excellent machine, and, for the price tag, excellent value. The particular build that I have is an exceptionally well-considered choice of components and supporting hardware that makes the perfect machine for gaming and work – all without breaking the bank. It might not quite be a ‘cheap gaming pc’ but it’s certainly exquisite value, and any discounts would seriously accentuate this.

The ASUS GA15 doesn’t claim to be a ridiculous powerhouse and is comfortable in its own skin, not pretending to be anything that it isn’t. It’s a reliable, very well-performing gaming PC from a reputable gaming tech name, and it deserves to be spoken about as one of the best pre-built gaming computers of the year. I would have no hesitation in recommending it to anyone, or, indeed, buying one for myself – using it everyday for literally any task or gaming session is a joy.

My Apple gadget has gone wrong after just 18 months: Is it the shop or the manufacturer who must put it right?

Sat Oct 3 , 2020
I bought an Apple AirPort Time Capsule from a Dixons travel branch at Heathrow airport when flying out to go on holiday in September 2012 and it cost £369.  In July 2014 it stopped working so I took it to an Apple store and they advised that it may have […] 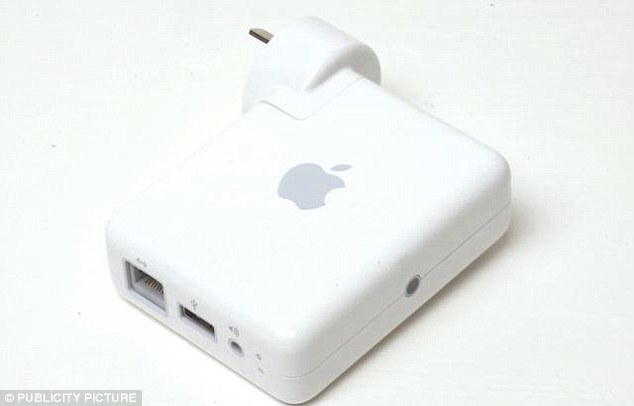