REDWOOD CITY, Calif.–(BUSINESS WIRE)–Skydio, the leading U.S. drone company and world leader in autonomous flight, announced today the appointment of key leadership roles Jacqueline Sharma as Vice President of People Operations and Devon DiPietro as Director of Marketing. They join a growing team of talent that already includes industry heavyweights like Nicole Bonk who has served as Head of Flight Testing for the last three years and played an integral role in the development of Skydio’s category leading technology. This comes on the heels of the company’s recent $100 million Series C funding round. Growing its talent base is an integral part of Skydio’s strategy as it accelerates product development and furthers its go-to-market expansion in enterprise and public sector markets.

“The drone industry has historically skewed heavily towards men – in both users and the employee and leadership base at drone companies. In order for drones to reach a broader audience and become more mainstream, we need more diverse perspectives at the companies creating the products and technology. We are excited and fortunate to have Devon and Jacqueline on board at Skydio, as we see continued company growth and success,” said Adam Bry, Skydio CEO. “I look forward to the leadership and unique expertise they will bring to our team, and to the industry.”

Bonk joined the Skydio team with years of experience in flight testing, previously working at Google X and GoPro. She is a graduate of the prestigious Embry Riddle Aeronautical University, with a degree in Unmanned Aircraft Systems. As the head of flight testing and software program manager at Skydio, she has helped to build the company from the ground up with the launch of Skydio R1, Skydio 2, and most recently the development of Skydio X2. In her role, Nicole and her team support full system functionality from engineering support, smoke testing, software and hardware testing.

“Over the past few years I’ve seen Skydio grow into a world-class operation, and I’m excited about the new additions to the leadership team that will build our company’s future,” said Bonk. “In my role at Skydio my goal is to develop the flight test department into different segments focused on consumer, enterprise and government platforms. And in doing so, come out with new products that have been rigorously tested by the team. Product safety and reliability is tested through autonomous endurance rigs, scary mannequin farms, and environmental challenges to ensure maximum level of quality and reliability.”

Prior to joining the Skydio team, Sharma was the Head of People Operations at Canvas, a subsidiary of Ford Motor Company, and also held leadership positions at Breeze Labs, Inc., and Stitch Fix. She joins the Skydio team with almost a decade of experience working with early stage start-ups, and leading corporate human resources programs. Her addition to the leadership bench adds to a growing list of high-caliber talent from some of the world’s top companies and influential government agencies as the company takes the next steps to bring autonomous drones to the enterprise.

“It’s been exciting to become a part of the dynamic and uber-talented team at Skydio. The demand for our incredible product is growing exponentially and as a result, so is our team. I’ve been so impressed with the thoughtfulness Skydio has already put in place around building a socially conscious culture, from the Social Responsibility Program focused on promoting STEM education for underrepresented minority children and young adults, to publishing Engagement and Responsible Use Principles. My main goal is to further nurture these programs by ensuring our employees are committed to the core belief that drones can be a force for social good,” Sharma said. “I also look forward to focusing on the build out of a robust Diversity, Equity and Inclusion program to help differentiate Skydio as a positive force across the industry. Investing in our employees to promote a unique culture where people feel a sense of belonging and can be successful in all aspects of their lives.”

DiPietro comes to Skydio directly from GoPro, where she was Head of Community, and has held previous roles at Wazee Digital, Denver Broncos Football Club and Apple. In this role as director of marketing, she will lead Skydio’s consumer business.

“I’m thrilled to be joining such an innovative organization who is shaping the future of technology and autonomous flight. This is a company with an incredible vision, personality and a team committed to excellence,” shared DiPietro. “Much like GoPro, from our employees to our consumers, Skydio has a fiercely passionate community who is eager to explore, experiment and capture their experiences. In my role, I’m looking forward to harnessing those passions and introducing the world to a first class brand who isn’t afraid to take risks and push boundaries. Skydio will become the next household name for drone technology, and we can’t wait to see what else our consumers are able to achieve as we continue driving into the future.”

Skydio is the leading U.S. drone manufacturer and world leader in autonomous flight. Skydio leverages breakthrough AI to create the world’s most intelligent flying machines for use by consumer, enterprise, and government customers. Founded in 2014, Skydio is made up of leading experts in AI, robotics, cameras, and electric vehicles from top companies, research labs, and universities from around the world. Skydio designs, assembles, and supports its products in the U.S. from its headquarters in Redwood City, CA, to offer the highest standards of supply chain and manufacturing security. Skydio is trusted by leading enterprises across a wide range of industry sectors and is backed by top investors and strategic partners including Andreesen Horowitz, Levitate Capital, Next47, IVP, Playground, and NVIDIA.

Thu Sep 24 , 2020
Drones carrying human organs flew over Las Vegas last week to see whether drones can save crucial minutes for transplantation. The two test flights are a partnership between MissionGO, a national provider of drone technology, and the Nevada Donor Network. For the best chance at saving lives, organs need to […] 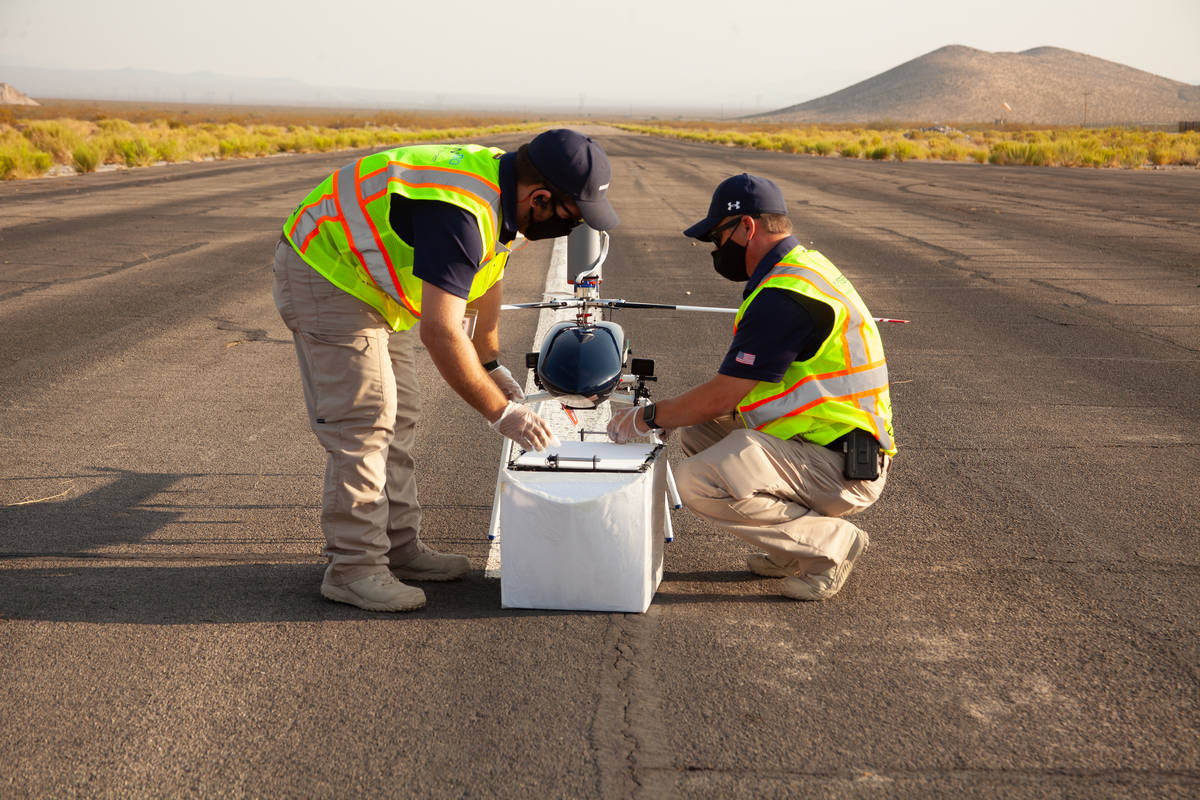