Though the over-arching purpose of the flight was to demonstrate the drone’s ability to navigate and fly with manned aircraft in public airspace, Bell’s APT 70 program manager, John Wittmaak, says testing the accuracy of aircraft’s perception systems and the reliability of its command-control (C2) links was the real point.

In doing so, Bell learned that its detect and avoid (DAA) system potentially has the right stuff but that it will need to face a real traffic-conflict scenario to be sure. Second but, as important, it learned that cellular communication frequencies and protocols aren’t really those it will want to leverage for command and control.

The APT 70 is one of a family of cargo drones which Bell is developing for package delivery, disaster relief, offshore resupply, and other logistics missions for civil and military users. It looks a bit like a box-kite on the ground and a biplane in the air. It’s a “tail-sitter,” resting on its four rotor booms when on the ground.

The configuration measures six by nine feet with the rotors six feet above the deck. After taking off vertically, it tilts for forward flight, taking on the biplane look. A cargo pod resides in between its four booms and, as its name implies, can carry up to a 70-pound payload. Bell puts the drone’s maximum takeoff weight at 320 pounds including the full payload and batteries.

Once aloft, the APT 70 is capable of a range of 35 miles and a top speed of 115 mph. The aircraft flew a 9.5-mile route along the Trinity River for the demonstration, a path which took it along the southern DFW approach/departure corridor, into controlled airspace and close-by general aviation flight areas. A helicopter flew chase but the flight was autonomous.

“From the time the APT 70 was armed on the ground until it was disarmed after landing, there was no human interaction,” Wittmaak says.

He also acknowledged that the drone didn’t really encounter any traffic. “We remained well-clear during the flight. We didn’t have to make any evasive maneuvers or alter the flight path. As we capture the data, we’ll share findings and imagery that shows [our] radar/position track throughout the flight.”

While not really a true test of the DAA system which has been developed by Bell partners Xwing – a maker of software for autonomous flight – and the University of Massachusetts Amherst’s Center for Collaborative Adaptive Sensing of the Atmosphere (CASA), the flight did prove that aircraft’s combination camera/radar/Automatic Dependent Surveillance-Broadcast (ADS-B) system perception system was effective.

“There was a lot of data collected that will help us with future rulemaking and standards,” Wittmaak says. The DAA system is essentially the same as one Xwing has used to automate and test fly a full-size Cessna Grand Caravan cargo aircraft. Bell doesn’t view the Xwing’s Grand Caravan system development as competition since the APT 70 would be used for smaller payloads in tighter spaces than the unmanned commercial airplane could access.

The APT 70 flew at 500 feet above the ground and in addition to the DAA’s ability to calculate the trajectories of other aircraft/airborne objects, Wittmaak revealed that it is good at picking up ground traffic, objects, buildings, towers, and trees as well. The FAA and NASA will both pour over the sensor data but assessing the DAA system’s ability to recognize there’s a traffic conflict and to take evasive maneuvers via the drone’s flight control system will come in the future.

The “noisy” electromagnetic environment of the DFW/urban airspace through which the APT 70 helped Bell assess another issue.

“There’s been a lot of question as to how the command/control data links would perform in this type of environment, how reliable, how sensitive to [signal] drop would they be?” Wittmaak relates.

Bell equipped the APT 70 with a variety of different C2 datalinks for the flight. The aircraft was able to switch between those datalinks, arbitrating which had better signal strength and lower latency. Wittmaak didn’t specify what frequencies the drone’s radios hopped between but made a point about spectrum that other drone operators have weighed using.

“If people lose a signal on their cellphones, things don’t fall out of the sky. We have contingencies for datalink loss but we don’t want to be exposed to it.”

While Bell acknowledges that the APT 70 didn’t encounter any 5G signals on its flight, they did monitor 4G LTE and other protocols. Reliability is paramount for the drone and while 5G might offer a lot of bandwidth, that’s not as important as signal consistency.

“The different 3G, 4G, 5G [modes] perform differently with altitude is what we found,” Wittmaak says. He adds that such drones will need sensor diversity to navigate traffic and security issues.

“Ever since the creation of Pokemon Go applications, kids have started spoofing GPS. In an urban environment there are any number intentional or unintentional of threats.”

Bell and its partners were pleased with the demo and the safe integration of the aircraft. At max weight and payload the low flying drone carries some risk to people and things below as well as to other aircraft. Surprisingly, the APT 70 does not have a parachute system, something that has become de rigueur for small UAS makers.

“There’s been recent documentation,” Wittmaak says, “that parachutes don’t always work for [UAS] as well as they do for general aviation aircraft. We’re tracking that.”

For now, the APT 70 relies on redundancy, one-rotor-out flight control-ability, and autonomous emergency landing zone selection for in-flight failures. These will figure in future testing where the cargo drone will fly into conflict with other aircraft and Bell and the FAA will evaluate autonomous response time relative to human-in-the-loop time.

Quality Time and Communication at Home Is Essential

Fri Oct 2 , 2020
When it comes to communication, quality is always more important than quantity. The couple that bickers all day may be communicating a lot, but they’re certainly not doing it well. During a pandemic where you’re trapped at home with your partner almost 24/7, good communication becomes even more critical. We […] 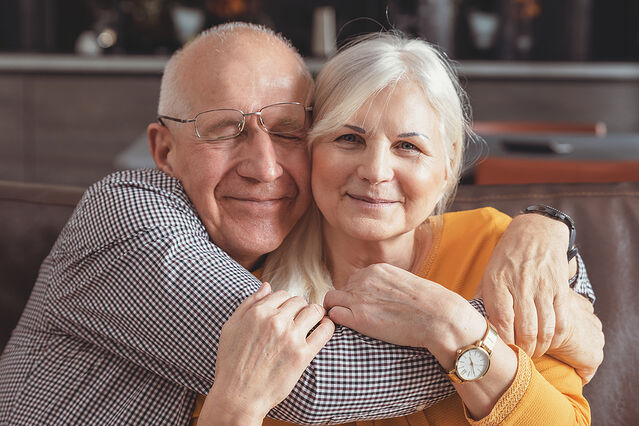