These days, when so many of us are working from home, having reliable cloud storage is more important than ever.  It all started in 2007, when Drew Houston, Dropbox’s CEO, got sick and tired of losing his USB drive. So, he created the first personal and small business cloud storage […]

These days, when so many of us are working from home, having reliable cloud storage is more important than ever.

It all started in 2007, when Drew Houston, Dropbox’s CEO, got sick and tired of losing his USB drive. So, he created the first personal and small business cloud storage service. It was a radical idea in its time, and everyone loved it. Today, there are dozens of cheap or free cloud storage services. But — beyond giving you storage — they’re very different.

How do you choose which one is right for you? You could just pick by how much free storage space you get. That’s simple, but it’s only part of the story. The real value from a cloud storage service comes from how well it works for you or your business. As you’ll see, some work much better with some operating systems and business plans than others.


AWS for business is great, but Amazon Drive isn’t so hot

Mind you, Amazon Drive is better than it used to be. Amazon Drive now has sync services for Android, iOS, macOS, and Windows. Alas, it still doesn’t have a Linux client. There is a third-party program, odrive, which enables you to sync between Amazon Drive and your Windows, Mac, or Linux desktops.

On the plus side, Amazon moves files by using block-level file copying (aka “differential sync” or “delta sync”). With this method, which Dropbox also uses, when you sync a file, you only send and receive the differences, the delta, between files. This makes syncing files much faster on these services than their rivals.

One nice feature, if you’re an Amazon Prime member — $12.99 monthly or $119 annually — is you get unlimited, full-resolution photo storage with Prime Photos.

If you’re an Amazon Prime member, Amazon Drive is worth it. If you’re not, keep looking.


Cloud storage and a document work-flow program in one

Box starts you out with a free cloud storage account and 10GB of storage.

For $10 a month, the Box Personal Pro Plan lets you upload files up to 5GB and provides you with 100GB of space. But while Box is a fine cloud storage service, where it really shines is as a groupware or work-flow application. Used that way, it enables you to share files with colleagues, assign tasks, leave comments on someone’s work, and get notifications when a file changes. It integrated with G Suite and Microsoft Office 365.

The Box Business Plan for small and medium-sized businesses offers unlimited storage — starting at $15 per month per user with a minimum of three users. So, the starting price is $45 a month. You can also try the service out with up to 10 users for $60 annually.


The oldest personal cloud storage is getting pricier, but it’s still good

Dropbox came first, so it’s no wonder so many of us have Dropbox accounts. Sure, Dropbox Basic’s free storage is only 2GB, but you can use it on any platform. You can get to your files from Dropbox’s website, desktop applications for Mac, Windows, and Linux, the native file systems, the iOS, Android, and Kindle Fire mobile apps. Heck, even Blackberry phones are still supported. It’s a snap to set up, and you need not worry about syncing files for a second.

If you need storage for your team, the Dropbox Standard service starts at $15 a user monthly with 5TB of storage. Starting with a minimum of three users, this means you’ll be paying at least $45 a month for this level of service. The Advanced option gives you unlimited storage at $25 per user per month starting with at least three users. That amounts to a starting price of $75 a month.  These latter plans come with a 30-day free trial. All these prices are a good deal more than they were six months ago when I last checked on them.

Even so, Dropbox shines for its sheer simplicity — and the simple fact that you can use it on almost any platform you care to name. If you value simple, fast, and easy, Dropbox should be your first choice. I don’t need to tell you that. You’re probably already using it.


Google Drive boasts great storage and a lot of extras

Google Drive used to be just storage. But then Google took its online office suite, Google Docs, and pasted them together. Now, by just having a Google account, you get 15GB of free storage and an excellent office suite. It’s good enough that many businesses and Chromebook users are now using it as their complete cloud-based office.

You can also use the Google One app on both Android and iOS devices to automatically backup your smartphones. This includes your device data, multimedia messages, and photos/videos in their original quality.

View Now at Google One


Apple’s good at many things, but cloud storage isn’t one of them

Apple’s cloud entry is awkward. iCloud Drive shows its best advantage when you use it with Apple’s latest and greatest gear — but, even then, it’s quirky.

Perhaps, iCloud’s most annoying “feature” is the confusion between iCloud and iCloud Drive. They are “not” the same thing.

iCloud is a cloud service that backups and provides such services as iCloud Backup, Find My iPhone, Keychain, and the iWork office suite.

iCloud Drive also runs on iCloud. But it’s the personal cloud storage service. It’s available on the web, macOS, iOS, iPadOS, and Windows but not on Android.

In addition, iCloud Drive tends to be slow and quirky. I’ve had trouble syncing files between my Macs and iDevices for years. I used to think iCloud Drive would eventually be for Apple users what OneDrive already is for Windows — the desktop and the cloud merging into one. I can’t see that happening now. Apple simply doesn’t appear interested.


Top-notch cloud storage service in its own right

iDrive is for everyone who wants a cloud backup and cloud storage in an all-in-one. Its main job is for backing up personal and small businesses, but it also works well for personal cloud storage.

Unlike many other cloud backup services, iDrive doesn’t lock you down to a single computer. You can use one account to backup your Windows and macOS desktops, your Android smartphone and iPhones and tablets, and your network drives. There’s also a Linux backup option, but it’s meant for Linux servers. There is no Linux personal storage.

iDrive starts its offers with 5GB for free. That’s OK, but if you want to make the most of it for backup, the real deal is in its Personal iDrive offerings. These start at $52.12 for 2TB for a year or an even better deal of $74.62 for 5TB annually per user. There are also business packages with unlimited users, but the price goes up for less storage. For example, it’s $74.62 for 250GB.

If you’re looking for a personal or small business backup, iDrive demands a long, hard look. It’s both easy to use and inexpensive. It’s also good for cloud storage. Check it out. You’ll be glad you did.

Nextcloud is an open-source program that enables you to set up your own cloud storage service using your existing servers and hard drives. This do-it-yourself cloud is for everyone who values security and privacy.

You can use Nextcloud to set up your own cloud storage either on an office server or off your own external servers. How much storage can it give you? How much do you want? I have a 4TB Nextcloud drive in my office and another terabyte off my co-hosted server rack. Still, NextCloud, while easy to set up for a Linux power-user, might prove a challenge for some.

Nextcloud is also evolving. It started as a standalone Infrastructure-as-a-Service (IaaS) file storage cloud. It’s been adding in more services, making it more of an all-in-one office suite like those offered by Google and Microsoft.

Nextcloud comes in both a free and a business edition. With the free version, you set it up yourself using your own computers. Here, you get as much storage as you have available on your machines. If you don’t want to run it yourself, the business version, Nextcloud Files, comes with basic support for up to 50 users for 1,900 Euros a year.

This cloud storage solution is for anyone who wants the maximum amount of control over their cloud and doesn’t mind doing some extra work to get it just right. I highly recommend it.


Microsoft merges your Windows desktop and the cloud

OneDrive is baked into Windows, and they’re very tasty together. As far as a Windows user is concerned, OneDrive is just another directory in the File Explorer. Talk about it easy! Anyone can use it on the web, with a desktop app for Mac and earlier versions of Windows, and with OneDrive apps for Android, iOS, Windows Phone, and Xbox. Yes, Xbox.

Microsoft OneDrive’s real selling point is — besides working hand-in-glove with Windows — it also works closely with Microsoft Office programs. With Office 365, you can also collaborate with others in documents and spreadsheets in real-time with your partners.

OneDrive comes with 5GB of free storage. Microsoft 365 users get an extra terabyte per user for starting with the $6-per-month subscription. If you pay annually, you can get for $5 a month This plan maxes out at six people or 6TB of storage. If you’re a Microsoft 365 user, this is a no brainer. You can also add 50GB to OneDrive for $1.99 per month.

There’s no question who will get the most from OneDrive. It’s anyone who’s wedded to Windows and Microsoft Office. If that’s you, starting using it already. You’ll be glad you did.

What’s the best cloud storage for you?

It depends on what you use and what you want to do with it. All these services give you more than enough free or cheap service for small business purposes. In short, don’t be distracted by how many free gigabytes of storage you get; it’s not that important.

Personally, I prefer Google Drive and Nextcloud — but those meet my needs best. For you, it may be a different story.
To sum up:

So, get out there, find a service, and start saving and backing up your files to the cloud. It will make your life much easier.

Sun Oct 11 , 2020
Navigating the murky world of modern web applications can be a minefield from a cybersecurity standpoint. Many of these critical applications contain a labyrinth of layers, and if not designed with security in mind, they can be a breeding ground for vulnerabilities. Therefore, it is essential for organizations to locate […] 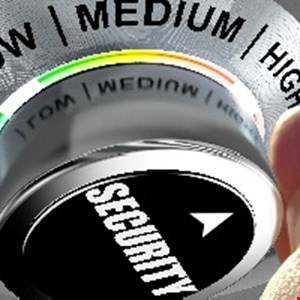