Until recently, the camera on your smart phone could not produce album-worthy images. But with some newer handsets, you can shoot stunning, high-resolution photos and impressive high-definition video. These phones still can’t match the quality of a high-end camcorder or digital SLR, but they could replace your old point-and-shoot. Crème […]

Until recently, the camera on your smart phone could not produce album-worthy images. But with some newer handsets, you can shoot stunning, high-resolution photos and impressive high-definition video. These phones still can’t match the quality of a high-end camcorder or digital SLR, but they could replace your old point-and-shoot.

Many phones now come with cameras front and back (of the phones we review here, all except the HTC Inspire have front-facing cameras for video chats). But it’s the quality of the rear camera that counts. For example, the Samsung Droid Charge ($300 with a two-year Verizon contract) has an 8-megapixel rear camera that takes sharp pictures and crisp video. Its excellent, 4.3-inch display is easier to view outdoors than other phones we tested. Camera controls are conveniently located on either side of the picture frame, making it easy to turn off the flash or to auto-focus. The volume rocker doubles as a zoom controller.

High-res images and video gobble up memory. The Droid Charge’s preinstalled 32-gigabyte microSD card is a big plus, however, allowing you to store more than 1,100 images. (Actual capacity will likely be less, because other data—including games, applications and files—take up space, too.) The Charge also has an HDMI port, which is handy for viewing videos on a large screen, such as a high-definition TV. Overall, it’s the best camera phone of this bunch.

The T-Mobile G2x ($250 with a two-year T-Mobile contract) has an 8-megapixel rear camera that excels at outdoor shots (although its display falls short of the Droid Charge’s). HD video quality is parti­cularly good, especially when shooting fast action. Camera controls are easy to access: When framing a shot, you simply tap the screen to access flash, zoom, auto-focus and other settings. Like the Charge, the G2x has an HDMI port for viewing video on large screens. One gripe: The pretty, 4-inch display is hard to see in bright sunlight. That can be a problem if you are shooting, say, a morning soccer match (which I found out the hard way).

The Samsung Nexus S 4G ($150 with a two-year Sprint contract) is a knockout, with a glossy black exterior and slightly curved 4-inch display. As cameras go, the Nexus’s 5-megapixel unit may not be top of the line, but the phone makes a capable point-and-shoot. Nitpickers may find colors on indoor shots a bit washed out.

You don’t need to spend $200 or more to get a smart phone with a good camera. The HTC Inspire 4G ($100 with a two-year AT&T contract) has an excellent rear-facing 8-megapixel shooter. The preinstalled 8GB microSD memory card is roomy but, again, other apps, games and files will cut into storage capacity. The Inspire’s 4.3-inch touch screen is big and beautiful, if a bit too reflective for outdoor use. One neat feature: You can take a sneak peek at how your subject will look in sepia or grayscale before tapping the shutter button. Picture quality is good in low-light settings, too.

And for Apple Nation

No, we haven’t forgotten about you. The popular iPhone 4 ($200 for the 16GB model with a two-year AT&T or Verizon Wireless contract; $300 for the 32GB model) has an excellent 5-megapixel rear camera, and a software upgrade will soon allow you to use the volume-up button to press the camera shutter. But don’t rush out to buy an iPhone 4. Apple is reportedly readying a new model with an 8-megapixel camera. Stay tuned.

What Equipment Do I Need To Be Successful on YouTube?

Thu Sep 24 , 2020
— Founded in 2006, the Google-owned video-sharing platform YouTube has long been the number one place for video content creators to share their work and gain a following. In the beginning, the early YouTubers skyrocketed in fame recording themselves on their parents’ camcorders or webcams and virtually anyone with the […] 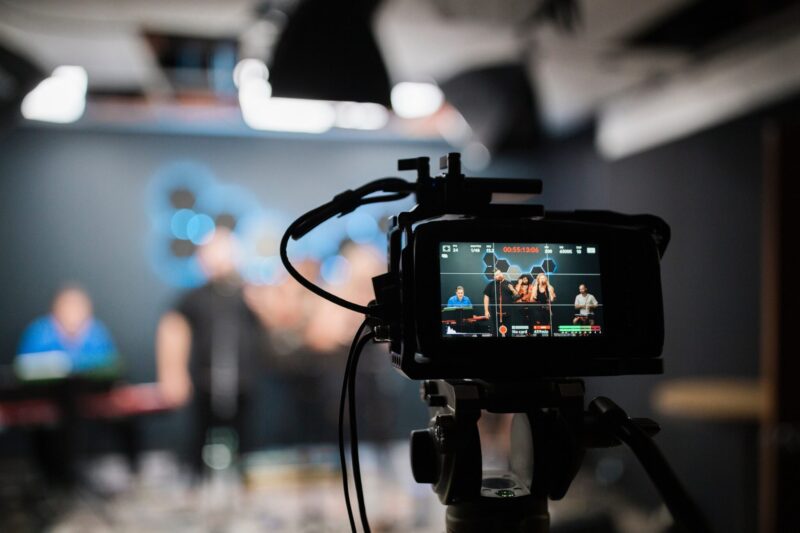