CLOSE Brentwood High School administration has addressed a “racist and offensive” photo circulating on social media that depicts a racial slur about African Americans written on a student’s upper body. In an email to students and families on Thursday, BHS principal Kevin Keidel said the image does not represent the values […]

Brentwood High School administration has addressed a “racist and offensive” photo circulating on social media that depicts a racial slur about African Americans written on a student’s upper body.

In an email to students and families on Thursday, BHS principal Kevin Keidel said the image does not represent the values at BHS.

“There is a disturbing and honestly heart breaking picture circulating on social media that I want to address with each and every one of you. Frankly, I see the post as racist and offensive,” Keidel wrote.

He said the photo would not be tolerated.

“No matter the reason, it is not acceptable and will not be tolerated.”

Keidel acknowledged that this week is the “Battle of the Woods,” or the week that district football rivals Ravenwood High and Brentwood High compete, and “some of the choices this week aren’t wise.”

“However, you must make better choices and the time to begin is now,” he said, warning students about behavior on social media.

“When you retweet, share, post or comment on social media, you can be part of the problem or part of the solution. Something you think is funny could be hurtful to someone else, so why would you want to do that?

“You have the power to build bridges and mend fences and be leaders for good in our school, community and world. I believe that you can be better.”

The photo was reposted by anonymous Instagram account @dearestwcs, which was created to bring “stories of discrimination against marginalized groups throughout the Williamson County Schools to light.”

The account calls for change in tracking racist incidents in WCS and greater district accountability.

The parent-created WCS Cultural Competency Council, which meets quarterly during the regular school year, has also called for more strict consequences and a more detailed tracking system for racist incidents among students and faculty.

Cofounder of the CCC Revida Rahman said she is disappointed in learning about the message.

“As a member of the WCS Community, I was upset by the picture I saw this morning,” Rahman said.

“We presented our goals to Mr. Golden back in July in hopes to refocus the initial goals of the Cultural Competency Committee on several racial issues in the district … This photo is a blunt reminder of the work we need done in this district so all students feel safe and respected. The photo today also reminded us of the importance on holding WCS to a higher standard of equity for all students in the district. With all of the posts on the Instagram page Dearest WCS, light has been shown, voices have been shushed, teachers have told students ‘to get thicker skin’, or reports of racist incidents have just been plain old ignored by some of the administration.”

Rahman has organized a “Silent Demonstration” on Friday night, calling for “Racial Equity at WCS” at 6 p.m. at Ravenwood High School, the site of the “Battle of the Woods” football game.

“Our message is not on the student or BHS. It’s on the district. It’s about the district taking action on improving the behavior reporting system and transparency,” Rahman said.

The school district does not release disciplinary information about students in accordance with the federal Family Educational Rights and Privacy Act (FERPA).

More: Parents say there’s more to do to improve Williamson schools for students of color

Kerri Bartlett covers issues affecting children, families, education and government in Williamson County. She can be contacted at [email protected], 615-308-8324 or  follow @keb1414 on Twitter.

Schools must ensure smooth transition from home-based to formal schooling : The Tribune India

Mon Oct 5 , 2020
New Delhi, October 5 The Education Ministry released guidelines on Monday for reopening schools, which included thorough cleaning and disinfection of premises, flexibility in attendance, no assessment for up to three weeks and ensuring smooth transition from home-based schooling during COVID-19 lockdown to formal schooling.   It also asked states […] 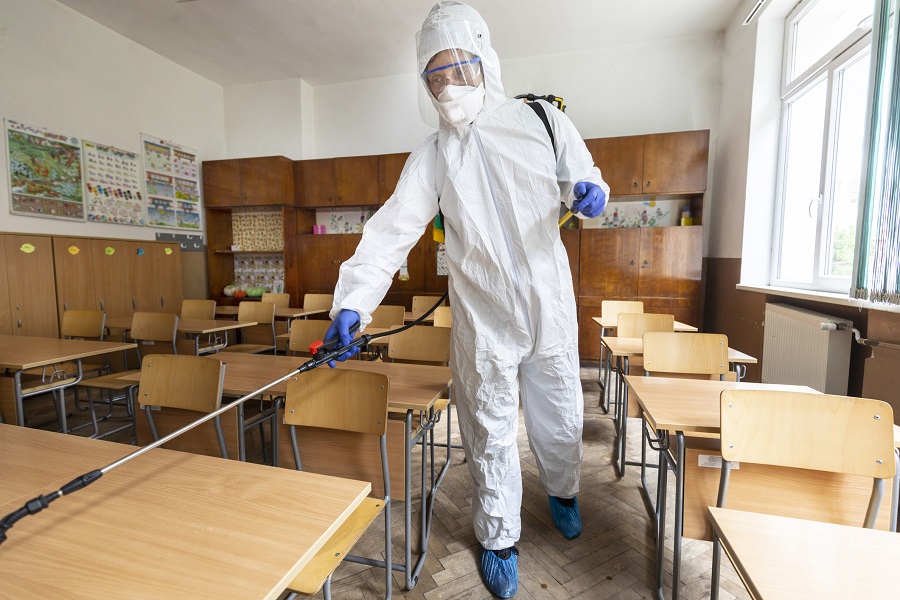