California’s first remote bar exam did not go off without a hitch — especially for test takers of color.

Thousands of rising lawyers took the exam Monday and Tuesday over the web because of the ongoing pandemic. Required by state shelter-in-place rules, online testing raised concerns of a level playing field — those better off were more likely to have quiet space and stable internet connections — and of specific discrimination against students of color because of the software’s use of facial recognition software to combat cheating.

Test takers reported a constellation of technical problems during the exam and jammed support lines that forced them to turn to social media for answers.

Some nonwhite test takers reported having to shine lights in their faces so that facial recognition software — intended to detect face and body movements that might indicate cheating — would recognize them. The problems first surfaced during mock exams held in September as a dry run; test takers were required to participate in two mock exams.

One test taker, Shameek Aahil Nazeer, said that the software repeatedly failed to recognize his face during the real exam. His computer also crashed during the actual exam, a problem that hadn’t occurred during trial runs.

Nazeer, who is African American, said he had to take a selfie and submit it in order to enter different sections of the test when the software did not recognize him.

Another test taker, Camila Mojica, who is Latina, said she had difficulty with the facial recognition software not recognizing her during the mock exam. She said she spent days trying to contact ExamSoft to reset the “baseline” image that would allow her to log onto the test with a facial signature.

“I feel discomfort about the whole experience,” said Mojica, a UC Davis School of Law graduate. “I feel unsure about saying it is because of my skin color because I just don’t know.”

The system gave test takers time to input passwords and verify their faces before each section of the test, potentially risking a zero score for a section if they were unable to do so successfully and could not reach tech support in time, said Daniel Schweitzer, a bar exam tutor who reviewed the instructions as he prepared some of his students to take the online test.

ExamSoft, the Dallas company that administered the virtual exam, said the test had few problems and denied that its software discriminated against anyone.

“ExamSoft does not believe that our exam identification solution disproportionately harms any individual of color,” spokesperson Nici Sandberg wrote in an email.

Sandberg said test takers set and approve their own baseline images, against which an image of their face is later compared while taking the exam.

“Should the software identify a non-match or anomaly between a test-taker’s exam day image and their baseline image, the system will flag it for human review and comparison. This creates a series of checks and balances to remediate … any possible technology error,” Sandberg added.

Some test takers wrote on Facebook that facial recognition problems led them to call ExamSoft tech support. They said company representatives told them to withdraw from the test and retake it in February.

Sandberg denied that this happened.

“We have helped exam-takers who have called in with any technical issue,” Sandberg said. “Only a jurisdiction” can make a decision around withdrawal, she added.

Donna Hershkowitz, the State Bar of California’s interim executive director, said in an emailed statement that the exam had mostly been a success.

“Our experience is broadly consistent with the national data that indicates the overwhelming majority of test takers entered the examination successfully,” she said. “Our staff is working hard to ensure as smooth a process as possible for test takers.”

A U.S. government study from 2019 found that facial recognition software looking to match images with a database falsely identified African American and Asian faces much more frequently than it did Caucasian faces.

“The likelihood is the people who will be flagged for potentially cheating and have to go through follow-ups are disproportionately likely to be African American and Asian — that goes beyond concerning,” said Christine Webber, a civil rights and employment attorney at the law firm Cohen Milstein.

Webber said the state could expose itself to legal liability if the software treated people differently based on skin color.

Over the summer, the American Civil Liberties Union of California sent a letter to the state high court, pointing out that “facial recognition has been repeatedly demonstrated to be less accurate when used to identify Black people, people of Asian descent, and women” and that relying on the technology risked further entrenching inequalities in the legal profession.

Last week the ACLU sent another letter expanding on its concerns that people of color will be subjected to more scrutiny because of the technology, among other issues.

“Many students of color will enter this exam with the unjustifiable burden of knowing they may be disproportionately scrutinized by human reviewers,” the group wrote, noting that the pandemic, wildfires and other crises have worsened conditions for many marginalized people statewide attempting to take the test at home.

In response to the initial letter, the State Bar said that it was aware of the concerns and that it did not intend to “rely upon facial recognition technologies to determine any applicant’s identity, integrity, eligibility or passing grade, or to prevent any applicant from completing their exam.”

The ACLU is not the only group that has petitioned the court.

In the run-up to the exam, an online group called United for Diploma Privilege demanded that the California Supreme Court and other jurisdictions admit law graduates to the bar without taking the test, in line with steps other states have taken during the pandemic.

The group sent letters to the court and petitioned to make their case for emergency diploma privilege but has so far been rebuffed, said Pilar Escontrías, a recent graduate of the UC Irvine School of Law and a spokesperson for the group in California.

The State Bar has said it is working on a provisional licensing program at the direction of the state Supreme Court to allow graduates to postpone taking the exam and begin practicing law under supervision, but there is no firm timeline.

Whether discrimination occurred during the test, and if so what kind, is still not clear, said Jennifer Jones, a technology and civil liberties fellow at the ACLU of Northern California.

She noted that the State Bar had promised that people flagged by the software during the exam would have a minimum of four independent human reviewers look at the issue.

“Humans are also biased, that’s why the algorithm is biased,” Jones said. “We don’t necessarily think that human review addresses the issue of being improperly flagged.”

She compared the software potentially flagging more nonwhite people online to what such behavior might look like in a real-world exam administered in a large conference room.

“Imagine in that physical setting that proctors were only walking around and looking at students of color, or closely scrutinizing them because of their skin tone,” she said.

Sun Oct 11 , 2020
CoolSys has created a relief fund to provide financial support for employees during the pandemic and other unexpected life challenges. Initially created to help employees who were furloughed due to COVID-19, the CoolSys Cares Employee Relief Fund has now been expanded to assist employees who are financially impacted by a […] 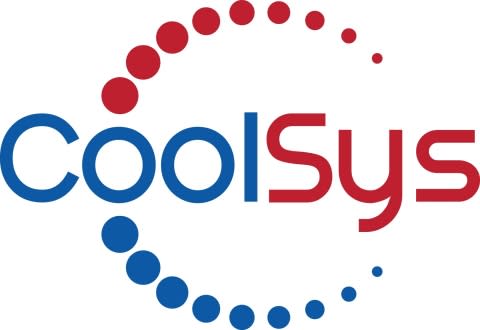