PARIS, France (AFP) — A Paris court on Monday sat through a viewing of graphic images of the 2015 Charlie Hebdo newsroom attack scene, prompting horrified members of the audience to leave the room in tears. More than five years after the massacre at the satirical paper, the CCTV images and […]

PARIS, France (AFP) — A Paris court on Monday sat through a viewing of graphic images of the 2015 Charlie Hebdo newsroom attack scene, prompting horrified members of the audience to leave the room in tears.

More than five years after the massacre at the satirical paper, the CCTV images and police pictures taken during and right after the attack stirred strong emotions in the courtroom.

“Some people may find these scenes disturbing,” warned the court’s presiding judge, Regis de Jorna, as proceedings got underway.

Once the viewing started, some attack survivors left the room in tears.

In the box of the accused, some watched, while others looked away.

Everybody else took in the images of the extreme violence of the attack in shock and icy silence. 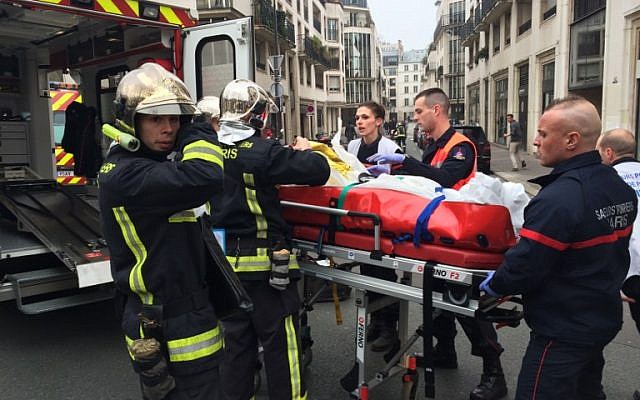 Firefighters carry an injured man on a stretcher in front of the offices of the French satirical newspaper Charlie Hebdo in Paris on January 7, 2015 (AFP PHOTO / PHILIPPE DUPEYRAT)

“What we’ve just seen is inhuman,” said Caty Richard, a lawyer for one of the civil parties. “They were killing machines.”

It was 11:33 a.m. on Wednesday, January 7, 2015, when the Kouachi brothers, Cherif and Said, entered Charlie Hebdo’s premises in Paris and killed 10 people in under two minutes.

In total, 12 people, including some of France’s most celebrated cartoonists, were gunned down at the scene. 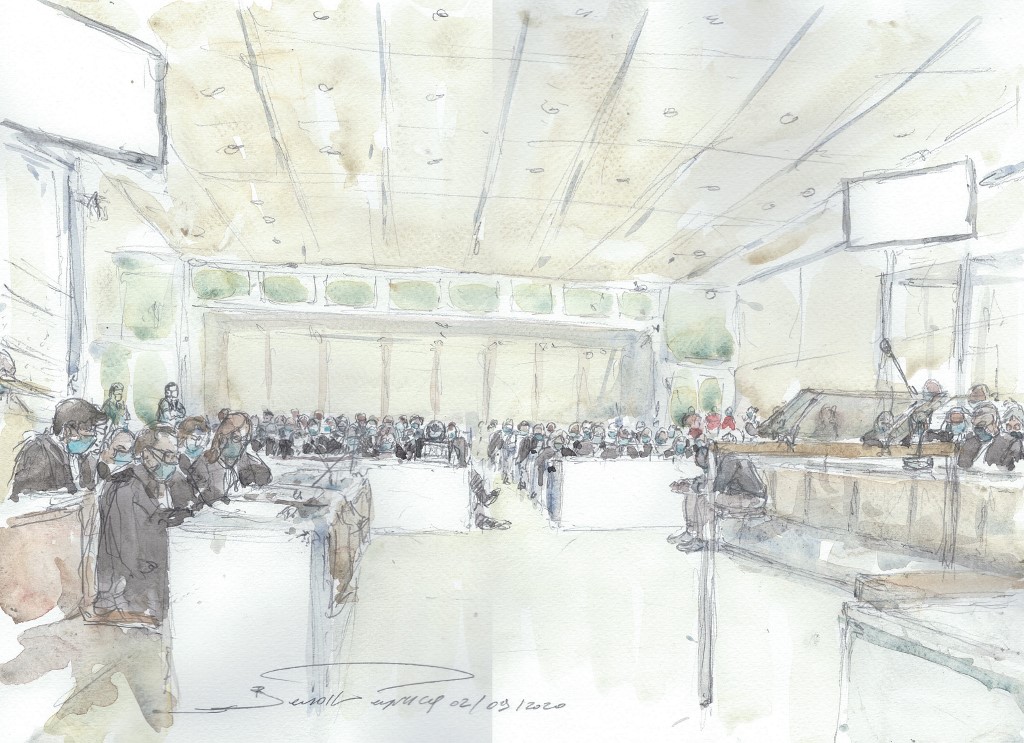 The former head of the Paris police’s anti-terror unit, Christian Deau, walked the court through the events, his calm, almost clinical delivery of the facts accentuating the horror of his account. 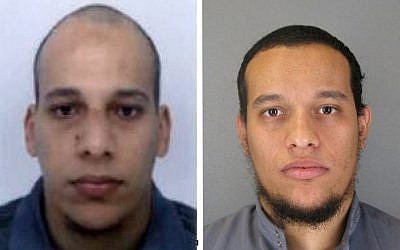 The first of the graphic pictures, taken by police right after their arrival, shows the entrance used by the two brothers just before shooting down the paper’s webmaster, Simon Fieschi, who was later evacuated, seriously injured.

In the adjacent room, Moustapha Ourrad, a copyeditor who worked at Charlie Hebdo for 30 years, is seen dying in a pool of his own blood.

A picture of the main conference room shows a tangle of bodies, dead or dying amid printers and stacks of printing paper. 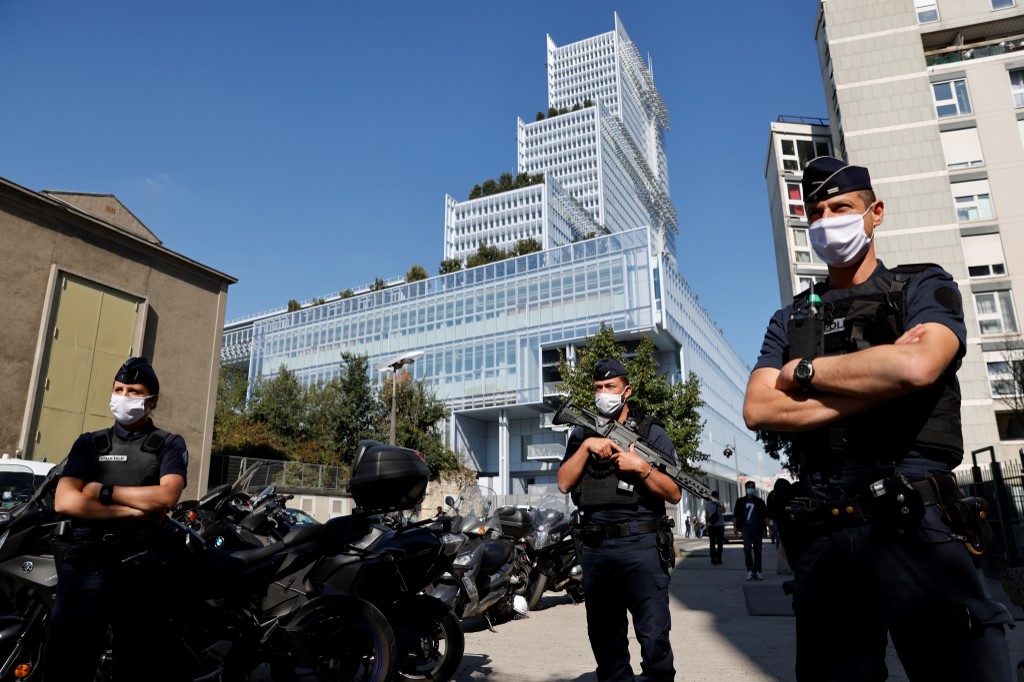 Police officers stand guard outside a Paris courthouse, on September 2, 2020, on the opening day of the trial of 14 suspected accomplices in Charlie Hebdo jihadist killings. (Thomas Coex/ AFP)

In total, 33 bullet cartridges were found at the crime scene, 21 from Cherif Kouachi’s weapon alone.

The trajectory of the bullets found in the bodies of most of the murdered cartoonists were consistent with execution-style killings from behind, Deau added.

Closed-circuit video recordings showed the killers seemingly calm and determined during the attack, and also during their getaway, when they casually killed a police officer, Ahmed Merabet, who was already on the ground. 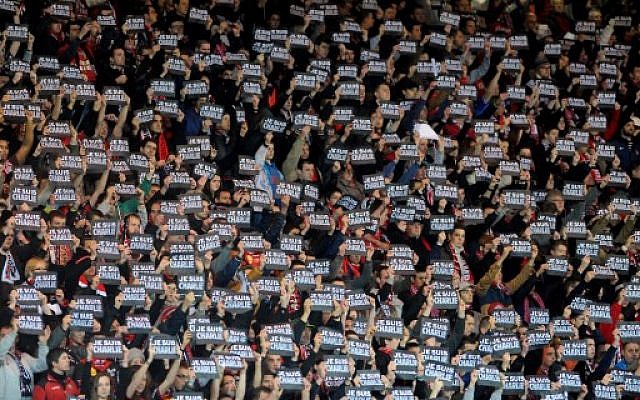 Guingamp’s supporter hold signs reading “Je suis Charlie” (I am Charlie) to pay tribute to the victims of the Charlie Hebdo attack during the French L1 football match between Guingamp and Lens at the Roudourou stadium in Guingamp, western France, on January 10, 2015. (AFP/FRED TANNEAU)

Following a sustained exchange of fire with several police units, the two killers abandoned their vehicle whose windows had been shot to pieces.

Police later found enough extra weapons in the car to lead them to believe that the brothers may have been planning more attacks, Deau said.

Fourteen suspected accomplices are on trial in connection with the Charlie Hebdo attack, and with a related attack on a Jewish supermarket. 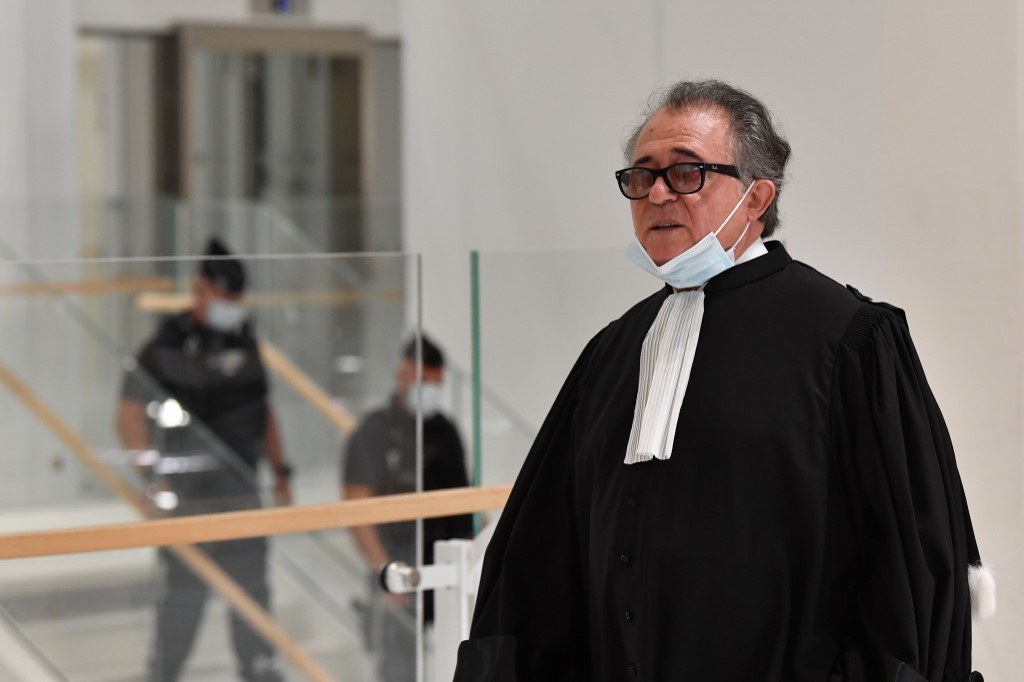 The lawyer of one of the accused, Jean Chevais, arrives at Paris courthouse, on September 2, 2020, for the opening hearing of the trial of 14 suspected accomplices in Charlie Hebdo jihadist killings. (Alain Jocard/AFP)

The killings sparked a series of attacks on French soil, including “lone wolf” attacks by people said to be inspired by the Islamic State group that have since claimed more than 250 lives.

Hearings began last week under heavy security as 11 of the suspects faced the court on charges of conspiracy in a terrorist act or association with a terror group.

Three others, including the wife of one of the gunmen, are being tried in absentia, because they fled to IS-held territory in Syria days before the attacks.

The court is to hear the testimony of attack survivors on Tuesday and Wednesday.

Sun Sep 27 , 2020
Candace Cameron Bure won’t apologize for posting a handsy picture with her husband.  Over the weekend, Bure shared a photo on her Instagram story of Val resting his hand on her breast — and it must have upset a lot of her 4.4 million followers. The Hallmark Channel star responded […] 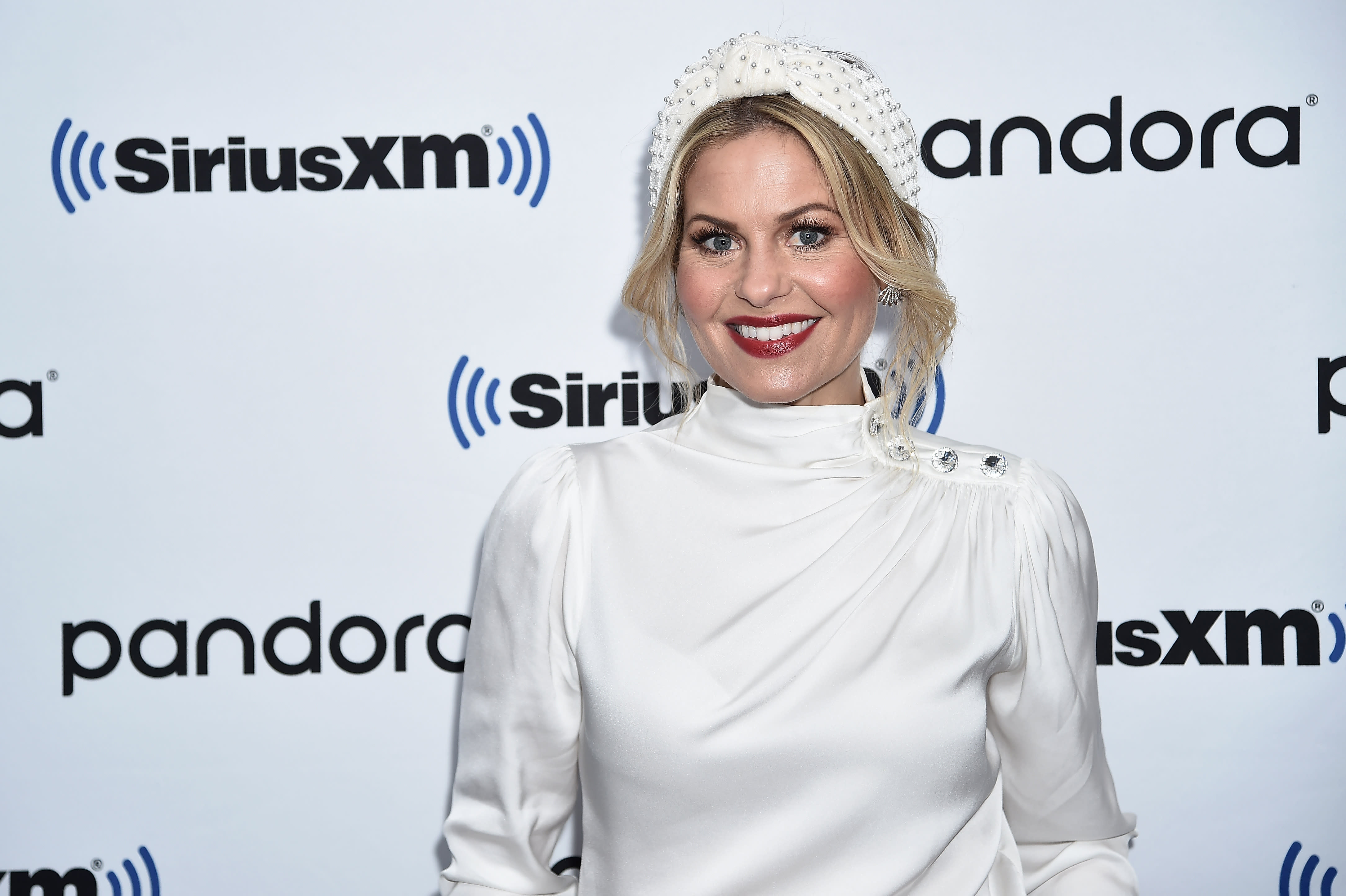