Jurors tasked with determining whether Redwolf Pope is guilty of kidnapping and raping a woman following an Indian Market after-party in 2017 heard closing arguments just before 5 p.m. Thursday, then decided to go home for the night and return to begin deliberating Friday morning. Pope is an activist and […]

Jurors tasked with determining whether Redwolf Pope is guilty of kidnapping and raping a woman following an Indian Market after-party in 2017 heard closing arguments just before 5 p.m. Thursday, then decided to go home for the night and return to begin deliberating Friday morning.

Pope is an activist and producer of Native American-themed films who is accused of filming himself raping unconscious women in Santa Fe and Seattle. According to court records and testimony, Pope has said he is of Tlingit decent, but his heritage has been called into question by numerous sources in the past several years.

In the Santa Fe case, he is charged with plying a woman with a drink that may have been drugged, then taking her to a hotel room and taking photos and video of himself raping her. He’s also charged with raping two women in Seattle.

The closing arguments of Deputy District Attorney Larissa Breen and Public Defender Brad Kerwin likely cycled through the minds of the six men and six women jurors as they slept Thursday night following three full days of testimony in the case.

Breen told jurors they had all they needed to convict Pope, she said, including video and images of the alleged rape.

The images don’t show the face of the person filming, but do feature the red ribbons he was pictured wearing in his hair that night.

“In each and every single photo [taken during Indian Market celebrations] he is wearing red ribbon in his hair,” Breen said. “Those red ribbons will tell you a lot about who was holding that phone. … In all three videos, she is motionless, reaction-less. She looks like a corpse.”

What the case comes down to, Breen told jurors, is “digital evidence” and their willingness to believe what the videos showed, no matter how terrible.

Kerwin argued the state had not proven beyond a reasonable doubt that Pope had committed the crimes with which he is charged.

He challenged the jury to hold police and prosecutors accountable for meeting that burden of proof, saying officials hadn’t even bothered to fully investigate the case before charging Pope.

“They didn’t even make an attempt to go out and find out what happened that night,” Kerwin said.

The truth, Kerwin said in his closing argument, was that Pope had been set up by a group of associates motivated by greed, revenge and regret, after he withdrew his financial backing for a gallery project they were collaborating on.

He had simply tried to help the woman by offering her a free hotel room for the weekend and agreeing to come pick her up when she texted him from an after-party asking for a ride home on the night in question.

The fact that the woman says she woke up in Pope’s hotel room and not hers the following morning with no recollection of what had happened the night before, Kerwin said, didn’t mean she had been raped.

“We don’t know what happened when they got back to the hotel room,” Kerwin said. But, he argued, a text message sent from her phone to his early that morning saying “come cuddle” showed she’d participated in some way.

“There was consent there, ya’ll,” he said.

Breen rebutted Kerwin’s argument by saying in part the jurors had only to watch the video clips again in order to decide the case. And, she added, there were a lot easier ways, she said, of ruining someone’s life than fabricating a rape.

“If you open your eyes,” she said, “you will have no choice but to find the defendant guilty of kidnapping and rape, ya’ll,” she said.

If convicted, Pope faces a maximum sentence of more than 20 years in prison.

Sun Oct 4 , 2020
Less than a day after Rick Moranis was randomly attacked on a New York street, the New York Police Department has released a photo of the suspected attacker involved in a recent assault on the beloved actor. In the picture shared, a male wearing a hoodie bearing the classic “I […] 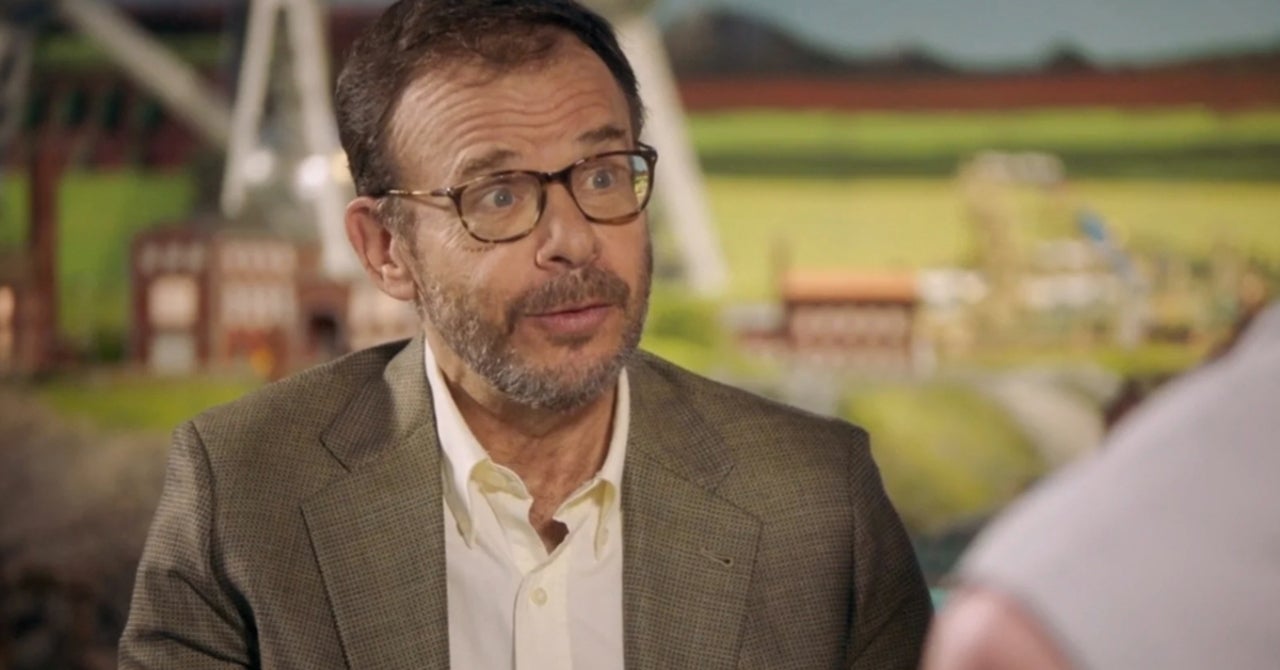