As a deadly pandemic swept across the globe in early 2020, the impact was felt as strongly by the public sector as the private. Both quickly grasped a critical lesson in migrating to online platforms: Speed and scale matter. Healthcare organizations, government agencies and educational institutions were suddenly forced to […]

As a deadly pandemic swept across the globe in early 2020, the impact was felt as strongly by the public sector as the private. Both quickly grasped a critical lesson in migrating to online platforms: Speed and scale matter.

Healthcare organizations, government agencies and educational institutions were suddenly forced to provide essential services while leveraging cloud-based solutions. Cloud providers, such as Amazon Web Services, were called upon to support the public sector at a speed and scale that had never been previously imagined.

Over the course of one week, 6 million U.S. citizens filed unemployment claims and the state of Kansas received 1.6 million calls seeking guidance. In West Virginia, state officials scrambled to launch a new call center to handle its spike in volume in less than 72 hours.

“The COVID-19 crisis showed just how fast organizations can move when missions need to drive decision-making,” said Teresa Carlson, vice president of worldwide public sector at AWS, during a virtual presentation in July. “We’ve seen public sector organizations move so fast during this time. In fact, we’ve seen more innovation and movement in the past two to three months than we’ve seen in the past two years.”

The public sector’s response and AWS’ role in it will be part of the focus on October 20 during the AWS Public Sector Summit Online. TheCUBE, SiliconANGLE Media’s livestreaming studio, will be broadcasting interviews as part of the AWS Public Sector Summit virtual gathering, and discussion will include AWS’ efforts to support global governments in fighting COVID-19, adoption of cloud-ready solutions to modernize public sector operations, and the development of new technologies for edge-computing deployment. (* Disclosure below.)

It is impossible to overstate the impact of AWS on the public sector market. The company owned nearly half of the public cloud infrastructure as of last year, and AWS has continued to maintain a large customer base with robust annual growth.

Perhaps more significantly, its public sector business has shown no signs of slowing down.

“AWS public sector, based on the data that I see, is significantly outpacing the growth of AWS overall,” said Dave Vellante, host of theCUBE, during a recent analysis of the company. “It’s also keeping pace with the growth of Microsoft Azure. It really is a shining star inside of AWS.”

A significant reason for AWS’ strong presence in the public sector market can be found in the sheer number of offerings it provides, spanning speech-to-text, video and chatbot platforms, along with educational credits for cloud infrastructure learning. And that’s on top of its core base of cloud solutions.

In the battle against COVID-19, AWS has provided direct assistance in the form of cloud training and monetary support for improved virus diagnosis and long-term scientific study.

As the virus began to gather steam in March, AWS announced a $20 million Diagnostic Development Initiative program to support scientific research institutions working on solutions to increase the speed of testing. At the start there were 35 global research institutions and startups involved in the program, and another 45 have applied since then.

In June, AWS also formed a partnership with Genomics England, a standalone project set up by the U.K. government, to provide cloud-based compute and storage resources. Genomics England hopes to deliver whole genome sequencing of close to 20,000 COVID-afflicted intensive-care patients to combat the virus.

AWS’ efforts during the pandemic have gone beyond cloud resources for research. The company has also focused on assisting governments, such as state authorities in India, with monitoring and managing the impact of COVID-19.

The eGovernments Foundation in India collaborated with AWS to develop an e-Pass solution within 72 hours of the outbreak to help manage the lockdown and ensure movement of service providers across the country.

“Since its launch, more than 50,000 organizations have been evaluated and more than 6,00,000 daily passes have been issued on the platform,” said Carlson during an interview published in June.

A number of AWS tools have become more widely known as a result of the pandemic. One of these is Amazon Chime, a video, voice, chat and screen-sharing application that first debuted three years ago.

Not surprisingly, the world’s current crisis has brought Chime more fully into the spotlight, and AWS has been building partnerships recently around the platform. In June, AWS partnered with Slack Inc. to move all Slack calls to Chime. And in August, Comcast Corp. and AWS announced a joint agreement to include Chime as part of the services portfolio for Comcast Business customers.

Chime is proving to be attractive to developers and beneficial for new public health solutions as well.

“CareMonitor, a real-time remote monitoring and population health management solution, built a telehealth audio and video solution in under one week using Amazon Chime SDK, a set of real-time communications components that developers can use to quickly add audio, video and screen-sharing capabilities to their applications,” said Larry Augustin, vice president of applications at AWS, in a blog post. “Adding this capability to their solution enabled their medical professionals to care for patients during the pandemic, but it’s a service they’ll continue to use well after it’s over.”

AWS has also found renewed interest among public sector users in another tool it developed and launched in 2016: Amazon Polly. The speech-to-text platform is being used to create new categories of speech-enabled products.

Polly has been deployed to assist FM Wakayama, a non-profit community radio station in Japan, broadcast news and weather forecasts at times when it might have been difficult for humans. The AWS technology is integrated with an artificial intelligence-driven announcer called Nanako to provide a lifelike voice.

“We’re able to broadcast the latest news even in the middle of the night and keep up as circumstances change during disasters,” said Seiji Yamaguchi, station director at FM Wakayama, in a post on the AWS website. “Nanako has made possible the kind of broadcasting we couldn’t do with humans alone.”

Since 2014, AWS and Intel Corp. have held a competition called “City on a Cloud” to reward those who have made a major, positive impact on local communities. Last year, finalists included a service that improved resource coordination among agencies to assist the homeless in Texas and a utility for use by police and school administrators for rapid response in the event of a school shooting.

AWS’ technology is continuing to be deployed in numerous ways at a time when reliance on public services may never be greater. Digital transformation is now affecting nearly everyone, which will likely shape the future of governments and other public sector groups well into the current decade.

AWS Public Sector Summit Online is a livestream event, with additional interviews to be broadcasted on theCUBE. You can register for free here to access the live event. Plus, you can watch theCUBE interviews here.

How to watch theCUBE interviews

We offer you various ways to watch the live coverage of AWS Public Sector Summit Online, including theCUBE’s dedicated website and YouTube channel. You can also get all the coverage from this year’s events on SiliconANGLE.

SiliconANGLE also has podcasts available of archived interview sessions, available on iTunes, Stitcher, and Spotify, which you can enjoy while on the go.

Stay tuned for a complete list of event speakers.

(* Disclosure: TheCUBE is a paid media partner for the AWS Public Sector Summit Online event. Neither AWS, the sponsor for theCUBE’s event coverage, nor other sponsors have editorial control over content on theCUBE or SiliconANGLE.)

Show your support for our mission with our one-click subscription to our YouTube channel (below). The more subscribers we have, the more YouTube will suggest relevant enterprise and emerging technology content to you. Thanks!

… We’d also like to tell you about our mission and how you can help us fulfill it. SiliconANGLE Media Inc.’s business model is based on the intrinsic value of the content, not advertising. Unlike many online publications, we don’t have a paywall or run banner advertising, because we want to keep our journalism open, without influence or the need to chase traffic.The journalism, reporting and commentary on SiliconANGLE — along with live, unscripted video from our Silicon Valley studio and globe-trotting video teams at theCUBE — take a lot of hard work, time and money. Keeping the quality high requires the support of sponsors who are aligned with our vision of ad-free journalism content.

If you like the reporting, video interviews and other ad-free content here, please take a moment to check out a sample of the video content supported by our sponsors, tweet your support, and keep coming back to SiliconANGLE. 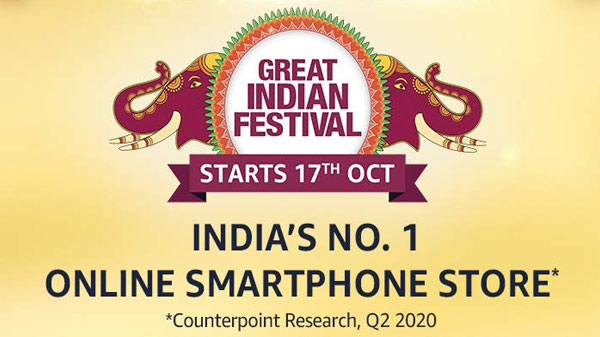