CHARLOTTE, N.C. (WBTV) – The Charlotte-Mecklenburg Police Department released video of the moments leading to the in-custody death of Harold Easter in January.


CMPD released the videos just after 10:30 a.m. on Thursday, Oct. 1. The release consists of more than 5 hours of footage spread across 17 different videos. The release includes police body-worn camera of the arrest, transport and surveillance video of the detention of Harold Easter on January 23, 2020.

** GRAPHIC VIDEO WARNING ** Charlotte-Mecklenburg Police have released this video to the public in compliance with a ruling from the Mecklenburg County Superior Court. This video is hard to watch and may be very disturbing. ** The raw videos associated with the in-custody death of Harold Easter can be viewed here. CMPD has been experiencing technical difficulties with this page; if you aren’t able to view the videos watch the full breakdown story below:

CMPD Chief Johnny Jennings and Mayor Vi Lyles, along with other city leaders, addressed the public at 2 p.m., just hours after the video was released.

“It’s been extremely heartbreaking to me to see the impact this has had on the Easter family,” Chief Jennings said. “They’re good people. Something they should not have had to endure and live through. I do pray they find comfort in knowing that the police department did what we had to do to hold these officers accountable.”

Jennings continued, “And I don’t believe these officers had malicious intent, but they did make a bad decision and they didn’t follow policy. Those bad decisions have consequences, especially when those decisions have contributed to the loss of life. A life that we had the responsibility to protect. When someone’s in our custody they’re also in our care.”

Chief Jennings said the video, which he has watched multiple times, was “arguably one of the most difficult videos” he’s had to watch in his “entire career.”

Jennings said it was “clear to me that the officers knew or should have known that he ingested cocaine.”

“As soon as they secured Mr. Easter in handcuffs somebody should have gotten on the radio and asked dispatch to start MEDIC on their way to do an evaluation on them,” he said.

“It troubles me even more to know that had those officers followed policy and made better decisions, there may have been a different outcome,” Jennings said, adding that the department was taking “every opportunity” to look at policies to make sure something like this doesn’t happen again.

“I can ensure that members of this department will continue to be held accountable when their actions violate policy and impact community trust,” Jennings said.

Alex Heroy, the Easter’s family attorney, said Thursday was hard for the family.

“Knowing the whole world is going to see your brother, son ‚dad, cousin die the way he did, die unnecessarily, that’s been really tough,” Heroy said.

With the march Thursday night at First Ward Park in Easter’s memory, Heroy says people are angry and that having the community behind the family means something.

“They’ve all taken it differently. Harold’s mom has had a really tough day, she tried to surround herself with family and just be supported by loved ones,” he added.

As far as what’s next for the family, Heroy says they are working to make positive changes in the city.

Here is a breakdown of the case from the arrest to the release of the video and what was seen in the police body cam and surveillance videos from inside the police sub-station.

The video of Easter’s arrest and transport to the station includes 30 minutes and 25 seconds of footage. It begins silent before the officer can be heard saying someone has their windows down and is yelling something out of the window.

The officer then gets out of his vehicle, gun drawn, and orders Easter, who is in the driver’s seat of a dark SUV, to put his hands up.

As the officer approaches Easter’s vehicle he can be heard telling Easter to put his hands up multiple times as Easter explains he and someone else “had some weed.”

“My man just got out, we had some weed. That’s all,” Easter can be heard saying on police body cam video as the officer makes his way to driver’s door, still ordering him to put his hands up.

As the officer continues to order Easter to put his hands up and keep them up, there is a struggle through the vehicle window as the officer says “Don’t eat it! He’s eating [inaudible].” Another officer is directed to get the passenger of the vehicle.

The officers remove Easter from the vehicle, place his hands behind his back and put him in handcuffs.

After looking around the inside and outside of the vehicle for a few minutes, the officer hands a Styrofoam cup to another officer, saying “He pushed this baggie into this cup. I’m not sure what was in the bag but it made the drink black.” He then tells the officer Easter “chucked something out” while he was being arrested.

The officers then discuss what was found in the vehicle and what Easter was doing as the first officer was trying to gain control of his hands.

“He was trying to eat it hard,” an officer can be heard saying.

The officer again mentions the drink turning black, and someone can be heard saying “I didn’t put nothing in, it was Kool-Aid.”

The officers discuss crack and marijuana multiple times over the next several minutes while they search the vehicle and put what appear to be different baggies into envelopes, presumably for evidence.

About 24 minutes into the video, the first officer gets back into his vehicle with Easter in the back seat. The two then begin to drive to the police station as Easter again says he didn’t have anything on him but a “little piece of sheet and weed.”

At one point after saying he needs to use the restroom, Easter says “I can’t breath.” The officer responds, “You’re talking so you can breath.”

As Easter is being taken out of the police cruiser at the station, he can be heard asking for water.

“You talking about cause I swallowed something, you won’t let me get no water. You’re supposed to let me get water and use the bathroom. Let me get a sip of water man. I need some water. That little piece of [expletive] ya’ll caught me with that ain’t [expletive].”

Easter then asks multiple times again for water as the officer tries to look into his mouth with a flashlight as Easter seems to resist, saying he doesn’t have anything in his mouth. The officer then says “you aren’t getting any water then.”

The officer then leaves Easter with another officer as he checks the bathroom and the first video ends.

Easter and an officer enter the interview room at 12:19 p.m. Easter asks the officer to “bounce around,” and the officer later removes the handcuffs from Easter’s hands and put shackles around his feet. After asking first if it’s alright to take his shirt off, Easter removes his sweatshirt – saying “it’s hot.”

At 12:31 p.m., an officer enters the room and Easter says to the officer, “Let me get some water.” The officer returns six minutes later with what appears to be water.

Officers enter the room at 1:14 p.m., 37 minutes since the last officer left the room, and acknowledge that Easter is having a seizure. One of the officers is heard asking for someone to call Medic. “Already on the way,” an officer responds.

DOCUMENT: Protocol for use of interview room

During the press conference following the videos’ release, Chief Jennings said that “any department seeking to hire these officers will be provided with the personnel files of the officers. They will be able to get the information that we have here.”

Per policy at the time, police officers were to immediately call for medical help if they know or suspect that someone they’re arresting has swallowed drugs. The suspect must be evaluated by MEDIC before transport to jail if they’ve taken drugs.

DOCUMENT: CMPD protocol on dealing with subjects with mental illness in distress

DA: No charges for officers in connection to in-custody death of Harold Easter

DOCUMENT: Read the entire report from the District Attorney

PREVIOUS: Family of man who died in CMPD custody demands transparency from department

Sat Oct 3 , 2020
With school re-opening plans varying from state-to-state and county-to-county, school officials continue helping parents and students adjust to a new world of learning. Like many professions, schools are utilizing technology to ease the change, while still prioritizing security and safety. Along with thousands of schools across the nation, City Schools […] 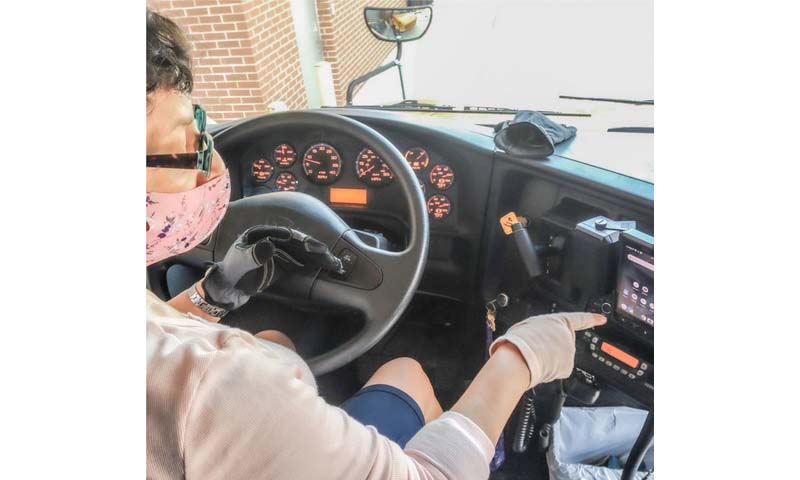