Thursday’s episode of “The Late Show With Stephen Colbert” kicked off with a “Super Friends” skit that mocked Donald Trump’s Republican government for trying to procure a “heat ray” — a device that tortures people by making them feel like their skin is burning — to use against peaceful protesters outside the White House.

A major in the Army National Guard provided written testimony to Congress that the Department of Defense had asked them if they had such a heat device that they could use against protesters in front of the White House, or a long-range acoustic device that would damage their hearing. They had neither, but the feds violently cleared out the protesters that night anyway so Trump could have a photo op in Lafayette Square.

The skit, the most recent of these skits that open Colbert’s show each night on CBS, was a parody of the 1970s Hanna-Barbera cartoon franchise “Super Friends,” based on the DC Comics’ “Justice League” properties.  In the skit, we see Lex Luthor chairing a meeting of the Legion of Doom, taking place inside the Hall of Doom.

You can watch the skit from Thursday’s “Colbert” here.

On #LSSC tonight: Trump had a devious plan for protesters. pic.twitter.com/9ryer9JgwK

“Let’s go over our plans to annihilate Superman,” Lex began, before he was interrupted by a text message notification. It’s from Trump.

“That seems a bit extreme,” the Scarecrow says after Luthor read the message out loud.

So Lex Luthor tries to deflect Trump. I’ll just say it’s at the shop,” Lex says, adding a frowning face emoji at the end of the message for good measure.

But then Trump just came back with another request. “Do you have an untested vaccine I can borrow?” Trump’s message reads, with a syringe emoji at the end.

Luthor, who is over the whole thing, declares that the members of the Legion of Doom will have to play Rock, Paper, Scissors to decide who will have to respond to Trump’s question. But then they all just picked rock, leaving them in a tie.

Fri Sep 25 , 2020
Mireille Soria, the president of Paramount Animation and a 30-year industry veteran, says the studio’s The SpongeBob Movie: Sponge on the Run moved her to tears. “It was so beautiful and so wonderful and so rich,” says Soria with visible emotion while describing seeing the film together with its score […] 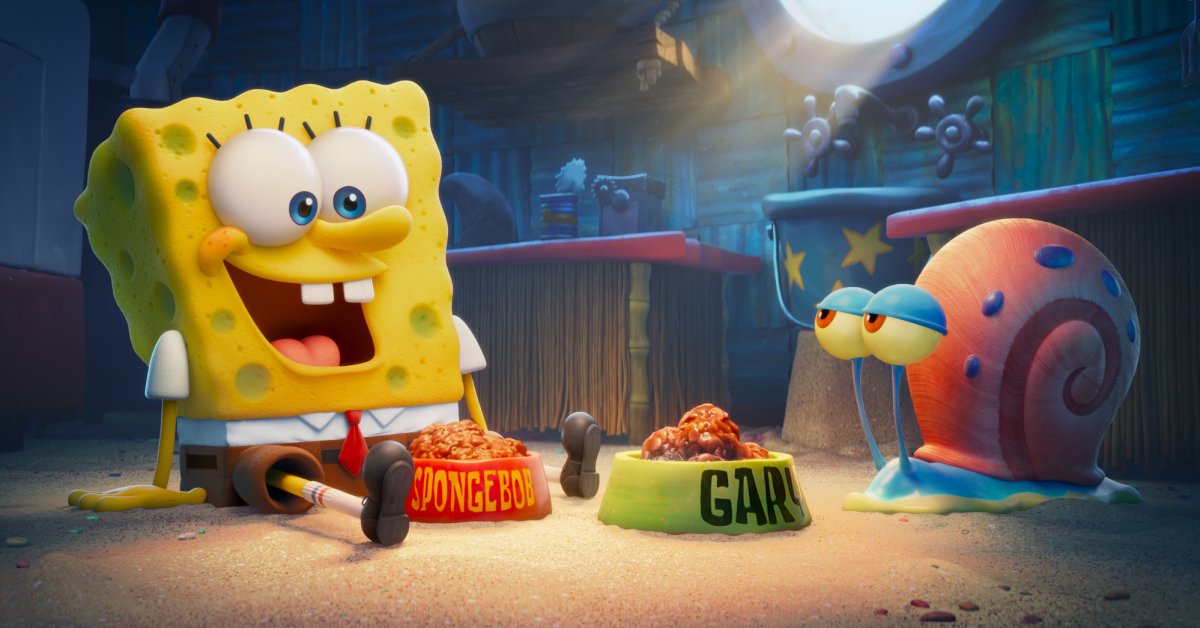