Several coastal communities are picking up the pieces after being ravaged by hurricanes in the past month. Hurricane Laura, a category 4, and Hurricane Sally, a category 2, seemed to meander their way across the Gulf of Mexico constantly shifting forecasts and keeping meteorologists on their toes. In the hours […]

Several coastal communities are picking up the pieces after being ravaged by hurricanes in the past month. Hurricane Laura, a category 4, and Hurricane Sally, a category 2, seemed to meander their way across the Gulf of Mexico constantly shifting forecasts and keeping meteorologists on their toes. In the hours before these storms struck land, they seemed to explode in intensity.

Researchers at the Dauphin Island Sea Lab with support from the Jet Propulsion Laboratory can offer insight into why these storms intensified quickly as they moved across the continental shelf.

“Surprisingly, both Hurricane Laura and Hurricane Sally appeared to have similar setups to Hurricane Michael with both storm events being preceded by smaller storms (i.e. Hurricane Hanna and Marco, respectively),” Dr. Brian Dzwonkowski explained. “This pre-storm setup of the oceanic environment likely contributed to the intensification prior to landfall. Importantly, this pre-landfall intensification was not well predicted by hurricane models or forecasts, which as you can imagine is critical information for evacuation and disaster preparation.”

Dzwonkowski and his team’s publication, “Compounding impact of severe weather events fuels marine heatwave in the coastal ocean”, outlines how one storm could impact the intensity of another storm by restructuring the thermal properties of the water column. Nature Communications published the findings in its September issue.

The research focuses on Hurricane Michael which devastated Mexico Beach, Florida, and the surrounding communities, on October 10, 2018. The category 5 storm intensified hours before making landfall.

Dzwonkowski, a physical oceanographer with the Dauphin Island Sea Lab and Associate Professor at the University of South Alabama in the Department of Marine Sciences, and his team tracked down the key events and processes that pushed the coastal waters in the Gulf of Mexico to an extremely warm state (i.e. a marine heatwave), likely contributing to the intensification of a storm so close to shore.

Unlike the deep ocean, the continental shelf has a shallow bottom that limits how much cold water can be mixed up to the surface, cooling the sea surface temperature and weakening approaching storms. Dzwonkowski and his team focused on how a strong mixing event pushes surface heat downward and clears the bottom water of its cold water reserve. If this mixing is followed by a period of rewarming, such as an atmospheric heatwave, the shelf’s oceanic environment could be primed for the potential generation of extreme storm events, i.e. Hurricane Michael.

“This work shows that understanding the preceding weather conditions in a region where a storm is going to make landfall can improve interpretation of hurricane model forecasts and what the storm is likely to do prior to landfall,” says Dr. Dzwonkowski

In mapping out heat flux and mixing, the team focused on the Mississippi Bight in late summer and early fall with data gathered by a mooring site off Dauphin Island’s coastline. The mooring site collects data throughout the water column allowing for the full heat content of the shelf to be determined. The period prior to the landfall of Hurricane Michael turned out to be the warmest ocean conditions during this time period in the 13-year record.

“Turns out hurricanes and atmospheric heatwaves will be getting stronger in a warming world which would indicate the identified sequence of events that generate these extreme conditions may become more frequent,” Dzwonkowski said. “The occurrence of extreme heat content events, like marine heatwaves has significant implications for a broad range of scientific management interests beyond hurricane intensity.”Importantly, the mechanisms that generated this marine heatwave are expected to be more frequent and intense in the future due to climate change, increasing the likelihood of such extreme conditions.

For example, coral reefs and hypoxia-prone shelves are already stressed by long-term warming trends. These temperature-specific benthic communities and habitats are typically of significant societal and economic value. As such, the newly identified sequence of compounding processes is expected to impact a range of coastal interests and should be considered in management and disaster response decisions.

Sat Sep 26 , 2020
LUBBOCK, Texas — Over Labor Day weekend, Stacy Johnson’s moped bike was stolen from her apartment complex. However, little did the thief know that the bike was a lot more than just a mode of transportation for her. When her father, James ‘Jimmy’ Self, passed away after battling cancer in […] 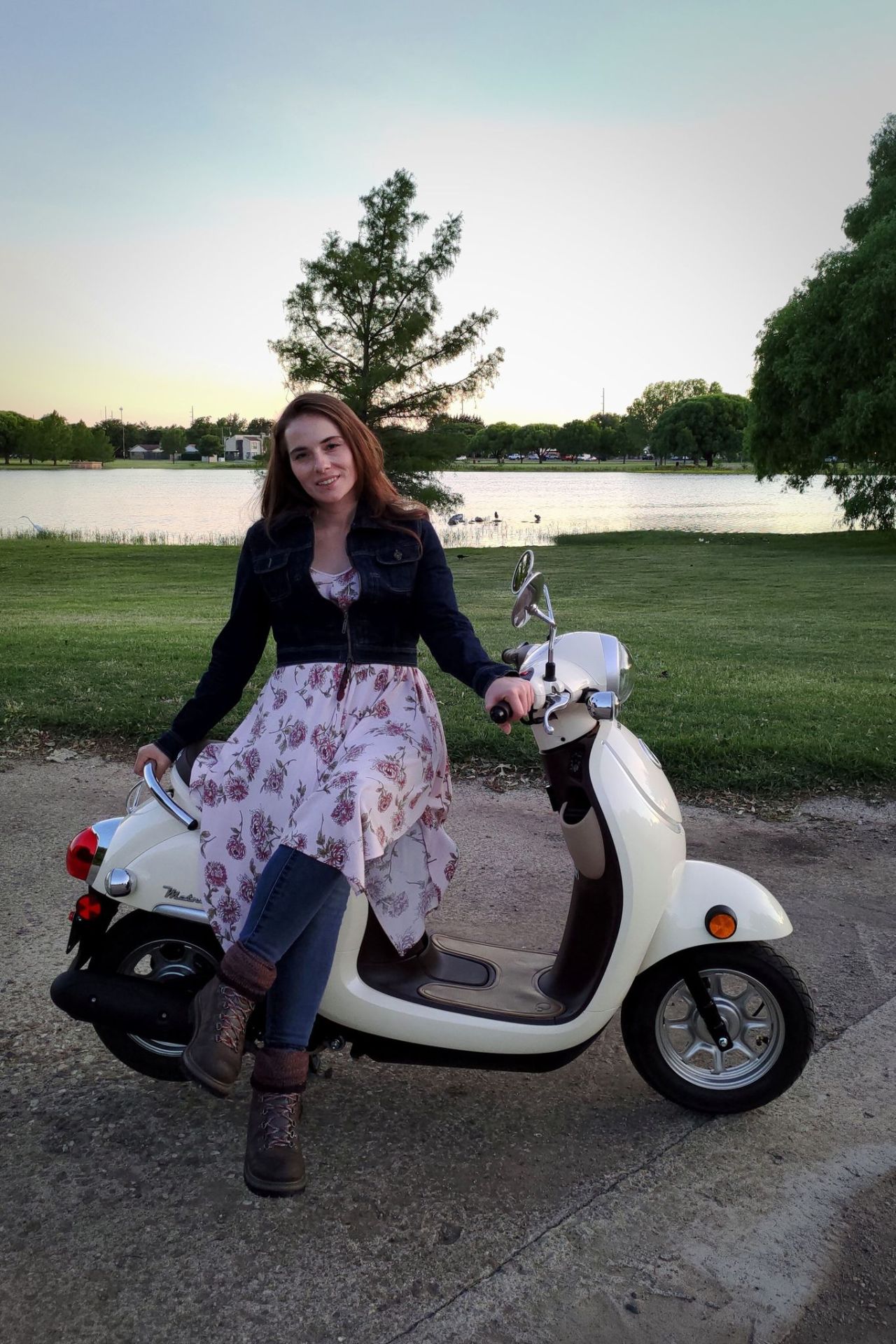