Bad enough that the rain predicted for this weekend never materialized. According to climate experts, there’s growing evidence that the entire winter could be drier than usual — another ominous twist in a troublesome year. Cooler air brings a flash of relief, but winter holds back promise of rain Tran […]

Bad enough that the rain predicted for this weekend never materialized. According to climate experts, there’s growing evidence that the entire winter could be drier than usual — another ominous twist in a troublesome year.

The driving force in all this is the likelihood of a La Niña event in coming months, forecasters say. In the short term, this dampens the hope that rainfall in coming weeks could bring the state’s lethal fire season to the end. Beyond that, it raises the odds of another severe drought for the state.

“The odds are definitely tilted toward a dry winter this year,” said Daniel Swain, a climate scientist at UCLA. “If I had to bet on it, I’d bet on it being dry.”

This weekend’s mostly dry conditions don’t signal that a La Niña has arrived, since the formal rainy season is still a few weeks off. But Swain is not the only one predicting a La Niña that could deliver a second consecutive winter with less than average rainfall.

The National Weather Service’s Climate Prediction Center said this week there is an 85% chance that La Niña will be in place from December through February and a 60% likelihood it will stick around until April.

La Niña events feature oceanic surface temperatures cooling over the tropical Pacific — a sign that a dry winter likely lies ahead in California. The warming waters of El Niño indicate a wet winter.

But it’s not a certainty, Swain said. In fact, El Niños and La Niñas have often defied predictions by falling flat or producing unremarkable results. But in the public eye, he said, La Niña has incorrectly come to signify a bone-dry winter and an El Niño to mean it’s time to batten down the hatches, Swain said.

“Reality is somewhere in between those two extremes,” he said. “In most cases, unless it’s strong, unless it’s very strong, it doesn’t mean much.”

But this year’s La Niña, he said, appears to be growing stronger.

A La Niña also doesn’t mean no significant precipitation or big storms will arrive. Last winter was so dry, Swain said, that despite La Niña conditions, this coming winter could bring more rainfall and still be below seasonal averages.

A second consecutive dry winter could spell trouble for California, where the parched hillsides and forests have been ravaged by fires of unprecedented size, number and intensity this summer with more than a month remaining in wildfire season.

Not only that, another year of subpar rainfall could start to significantly deplete the state’s reservoirs, leading to water shortages or a drought.

“California has the ability, wildfires aside, to weather one dry season,” Swain said, “but that starts to change after two dry years.”

California’s reservoirs were at 93% of average as of September, the end of the water year, according to Chris Orrock, a spokesman for the state Department of Water Resources, and the major reservoirs on Friday averaged from 61% to 122% of historical averages.

Although the winter of 2019-20 was below average in terms of rainfall, Orrock said, the prior winter was well above average. This helped keep reservoir levels high.

How dry the coming winter could be is difficult to predict. But Swain said Southern California is likely to have an exceptionally dry rainy season while the Bay Area’s will probably be moderate.

While it’s not necessarily a reflection of this winter’s weather, the weekend is expected to be cool — and dry. And, according to meteorologist Anna Schneider of the National Weather Service, there’s no rain in the foreseeable future.

High temperatures are expected to be cooler than seasonal averages through Sunday with 50s to 60s along the coast to lower 70s inland — 20 to 30 degrees lower than a week ago when unusually high temperatures seared the Bay Area’s inland areas and left many throughout the region wishing they had air conditioning.

“There’s no rain so far, looking out,” Schneider said. “It’s going to be warming and drying.”

Swain said that seems to be the longer-term outlook as well.

“We’re not seeing a lot of relief,” Swain said, “despite yesterday’s small amount of drizzle.”

Tue Oct 13 , 2020
Image Source : INDIA TV Fake news remains a concern. Technology has opened up absolutely amazing possibilities of communication and personal engagement, with one of its arm being the social media that brought a 360 degree change in the society — good or bad is debatable. In the past few […] 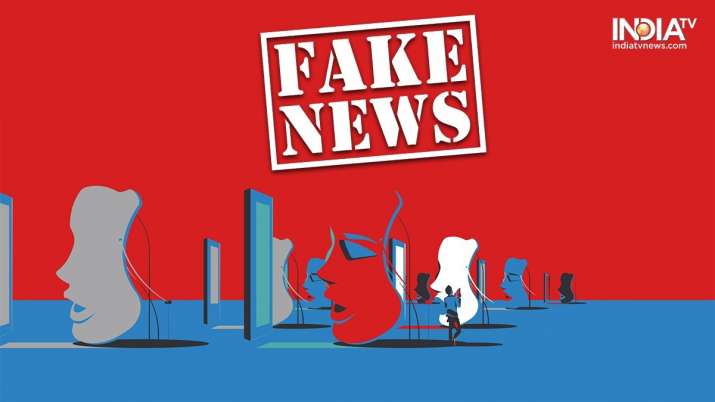