Back when the world was normal I got to try out the Creative SXFI Gamer headset at CES 2020. After spending five minutes making fun of the name (really, SEXY-FI?), I remember leaving my demo with a mostly positive feeling about Creative’s ability to make a well-rounded premium gaming headset […]

Back when the world was normal I got to try out the Creative SXFI Gamer headset at CES 2020. After spending five minutes making fun of the name (really, SEXY-FI?), I remember leaving my demo with a mostly positive feeling about Creative’s ability to make a well-rounded premium gaming headset with virtual surround sound for only $130.

Creative’s Super X-Fi technology, which has permeated its entire line of audio products, has now made its way to its gaming headsets. Basically, Super X-Fi uses digital sorcery to create a sound profile specifically tailored to you, based on your ear and head shape, while also simulating the experience of being surrounded by a bunch of high-end speakers.

To set it all up you have to use a smartphone app to take scans of your head and ears, then the app will do its thing and create a profile based on the shape of your noggin for optimal acoustics. You then log into the desktop app on your PC, using the same profile, and upload your results directly to your headset. The process is a bit haphazard (taking pictures of your ears is easier said than done) but the end result is slightly better audio performance over the standard out-of-the-box Super X-Fi profile on the headset.

The SXFI button (yep) on the headset cycles in between Super X-Fi and Battle mode. Super X-Fi is your personal virtual surround setting suited for music and movies while Battle Mode is all about gaming.

The 50mm neodymium drivers provide some good bass between both stereo and with surround sound modes. I was listening to ICON by Jaden, which has a good mix of percussion and bass, along with some Audioslave’s Be Yourself to mix things up a bit and highlight the vocals. Again, Creative’s audio knocks it out of the park with an overall great music listening experience and easily competes with more expensive headsets on the market.

Battle Mode is another positional audio setting geared towards gaming. As someone who is a genuine skeptic of 3D audio for gaming, I did find myself having an easier time isolating the locations of different players in Call of Duty Warzone, particularly in crowded starting areas, such as the Stadium, which is one of the most hectic areas on the map this season. Battle mode seems to prioritize footsteps, gunfire, and objectives in shooters. In either Warzone or Apex Legends, the hum of loot boxes seems like they are louder, making them easier to find… which is always useful.

You would think that a gaming headset with a name like SXFI Gamer would go off the walls with its look, but the SXFI Gamer goes in the opposite direction with a more subtle and, dare I say, tasteful design. It’s all dark leatherette headband and ear cups, with easy-to-reach controls and circular RGB lighting on each side of the cans. The soft foam ear cups feel comfortable and the numbers on the adjustable slider is a clever idea to make sure always where you need them to be. Turns out I’m a 5.

I found the detachable microphone to be loud and clear for the most part, my only issue was that my voice sounded too tinny, making me sound too much like an AM radio broadcaster. For normal game comms it’s serviceable, though you may want to consider picking up a USB microphone if you’re thinking seriously about streaming.

Creative’s claim that the CommanderMic microphone is the best on a gaming headset was a bit too bold then. While I love that sort of moxy in a headset manufacturer, the CommanderMic is good, but nothing really special.

One strange thing about the mic is the red light near the tip that is, and I can’t stress this enough, the most distracting thing ever. You can’t turn it off. It’ll blink when muted and stay solid when it’s hot. It feels like a design oversight for the most part, but an always-on or flashing red light in my field of view made me feel irrationally anxious. I ended up stuffing the mic in my desk where it couldn’t hurt me and it was all good afterward.

I found the lack of any wireless support a little strange since the Gamer puts itself in the near the price range as some killer wireless gaming headsets out there. It does connect via USB-C (which is always welcome) and 3.5 mm audio for plugging into other devices, like tablets or game consoles, making it a pretty versatile pair of cans.

Despite having a name that makes me want to roll my eyes deep into the back of my head, The SXFI Gamer is an impressive all-around headset, that isn’t offensively flashy, with decent positional audio for less than $150. It’s not perfect, the lack of wireless support is a bummer and that inexplicably infuriating red light on the microphone damn near made me lose my mind. Even then, I would still happily recommend Creative’s headset because of its great sound and comfortable design.

Wed Sep 30 , 2020
Twitter said Tuesday a service that monitors tweets for police, alerting them to brewing social justice protests and more, does not break the platform’s ban on being used for surveillance. Twitter defended letting the service, Dataminr, tap into the flow of public tweets to send alerts to police or other […] 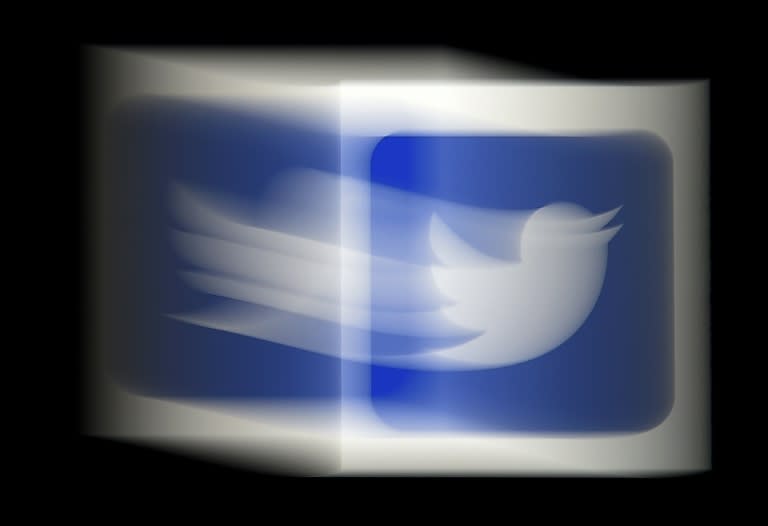