After Pinellas County planning staff issued a 30-page report in April detailing all the reasons why an application to build 273 homes on the former Tides Golf Club should be denied, developer Ron Carpenter had a few options. © Dirk Shadd/Times/Tampa Bay Times/TNS The view from above looking northwest at […]

After Pinellas County planning staff issued a 30-page report in April detailing all the reasons why an application to build 273 homes on the former Tides Golf Club should be denied, developer Ron Carpenter had a few options.

© Dirk Shadd/Times/Tampa Bay Times/TNS
The view from above looking northwest at the Tides Golf Course, 11832 66th Ave N, on Wednesday, April 22, 2020 in Seminole. The former Tides Golf Course in Seminole abuts the Millennium Park nature preserve, is 100 acres of undeveloped land and is the subject of intense debate over the future of land in Pinellas County.


He could present the application to the Local Planning Agency and then the Board of County Commissioners, which would decide whether to advance the proposed land use change to the state for review. He could ax plans to build on the greenspace entirely, which is what development group Taylor Morrison did in 2014 after receiving a similar recommendation for denial from county staff.

Instead, Carpenter decided on a third option. He’ll start over.

Last week, attorney Joel Tew notified Pinellas County staff that Restoration Bay will submit a new application to address staff’s concerns, including the fact that the Tides sits in a 100-year flood plain prone to storm surge. But because another application is ostensibly on the way, the withdrawal was not necessarily seen as a victory to the robust citizen advocacy group fighting the proposed development.

RELATED: The battle for 100 acres in Pinellas County

“We don’t want any development on the Tides, period,” said Ron Stephens, vice president of Save the Tides, which formed in 2013 in response to the first developer’s attempt to build. “We’re going to keep fighting until this developer says he’s done and is willing to give up the property for a park or golf course.”

On Wednesday, Carpenter declined an interview request or to comment on what changes he plans to make to his application.

His original application for a land use change from open space to residential calls for 273 units on the Tides’ 96 acres. It includes several ponds and 10 acres of open space.

The property is a rarity, having never had anything built on it apart from a clubhouse. It was used for cattle grazing before the golf course opened in 1973.

It abuts the 187-acre Boca Ciega Millennium Park, which is a state-recognized birding trail and the site of a major 2007 archaeological find of Pleistocene-age fossils.

In their report recommending denial, Pinellas planning officials cited a variety of environmental concerns. The entire property sits in the Coastal Storm Area and almost three-fourths of it is in the 100-year flood plain, conflicting with the county’s goals to direct development away from sensitive areas. County projections also show much of the southern portion affected by sea-level rise in the coming decades.

The county’s comprehensive plan prohibits the conversion of publicly owned recreation land to make way for development. When it comes to privately owned open space, the plan discourages zoning changes. Rezoning of private open space would require “a comparable level of public benefit,” which Carpenter’s plan does not offer, according to the staff report.

Richard Gehring, a veteran Tampa Bay planning official hired by Save the Tides, said he believes it would be difficult to draft a proposal for any level of development on the site that could overcome the reality of flooding and storm surge.

Another difference is that Taylor Morrison submitted plans to the county before buying the golf course, with the purchase depending on the land use change and rezoning being granted. Carpenter’s group bought the property in 2016 for $3.8 million, closed the golf course to the public two years later and then submitted redevelopment plans to the county.

“The context is now two consecutive staffing positions for denial, so they’d have to come up with a totally different strategy or open space strategy, and that’s certainly not been within the discussions so far,” Gehring said.

As Carpenter reworks his application, the potential redevelopment of other county greenspaces is ongoing. In November, Clearwater residents will vote on a referendum asking whether the city should lease most of The Landings Golf Club’s 77 acres of open space bordering the Clearwater Airpark for a developer to build a light manufacturing complex.

The Pinellas County Commission has heard an outcry from residents after the Tampa Bay Times reported last month that the estate of the late Gladys Douglas is under contract with Pulte Homes to buy nearly 44 wooded acres in unincorporated Pinellas in the Dunedin planning area. County officials did not make an offer for the property after appraisals that ranged from $5 million to $11 million.

Carpenter waited five months after the county staff report was issued to withdraw his application and did so only after county staff inquired if he was still interested in moving forward.

The next step would have been a meeting of the Local Planning Agency, a board of appointed members that provides a recommendation to the county commission. Blake Lyon, the county’s director of building and development review services, said he was trying to determine the logistics for a virtual or in-person meeting under COVID-19 restrictions and called Carpenter’s group to confirm their plans.

After Lyon’s call, Carpenter’s attorney sent an email confirming the group would be resubmitting a new application, so the Local Planning Agency meeting would need to be rescheduled.

Lyon said any new application will have to undergo another review by planning staff before advancing to the Local Planning Agency or County Commission.

No ease up for Powell [Video]

Tue Sep 29 , 2020
Country US Fed Chair Powell will deliver two days of testimony in Washington DC. On Wednesday, he will testify to the House’s select subcommittee and on Thursday with the Senate Banking Committee.  Powell will be asked several questions about the Fed’s new monetary strategy and if they are almost out […] 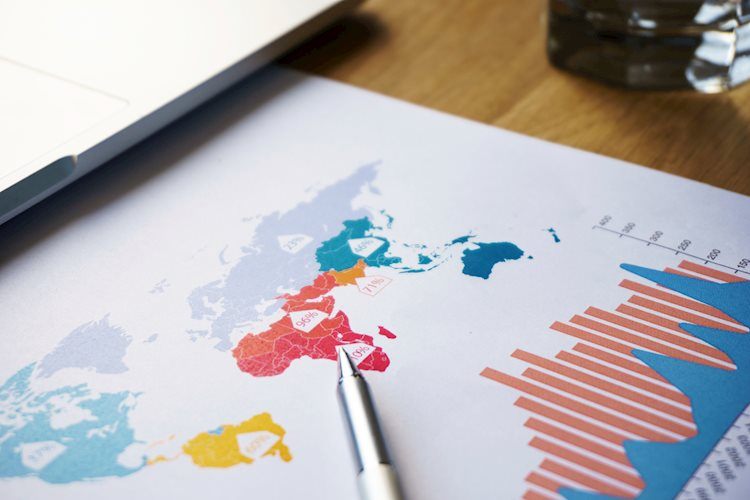