Director and actor Chris Rock on the set of Head of State After having won three Emmys, two Grammys and an American Comedy Award, there were few doubts that Chris Rock is a really funny guy. However, when he decided to parlay his years of acting, writing and producing into […]

After having won three Emmys, two Grammys and an American Comedy Award, there were few doubts that Chris Rock is a really funny guy. However, when he decided to parlay his years of acting, writing and producing into a first turn in the director’s chair, he discovered that pedigree was of little assistance.

“I wanted to direct 10 years ago after I did my first movie, but I was never in a position of power before. The movie is the director’s movie. You can write the movie, and star in the movie and have all of the ‘control’ you want. But if you don’t direct the movie, then it’s not your movie. It’s half your movie at most.”

Rock was determined to make the transition, so he came up with a plan to position himself as the director for Head of State, a comedy about an alderman who finds himself drafted to run for President of the United States through a strange twist of fate.

“I wrote the script on spec with my partner, Ali LeRoi. To young directors out there, I highly recommend doing things on spec because a lot of moviemaking is about momentum. You sell the script and they ask, ‘Who’s the director?’ If you have a search for a director, it can take six months off your movie. If you’re the director, you’re already rolling. “A lot of studios said ‘No,’ but I’ve got to hand it to DreamWorks’ Mike DeLuca for believing in me.” Hindsight proved it was a safe bet for DreamWorks as the film debuted at No. 1 at the box office in its opening weekend. 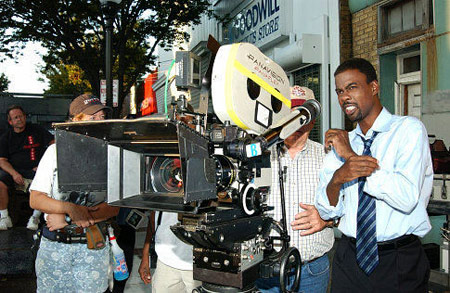 Chris Rock at the helm

Although getting to helm the film was the realization of a longtime dream, Rock now found himself having to deal with its reality, which can be a daunting task if all you’re doing is directing. However, Rock was also producing and starring in the film which co-stars comedian Bernie Mac. “We were under the gun because Bernie Mac had to get back to his television show so we had to start filming when we did.”

He says he was assisted in his prep period by storyboarding. “I storyboarded everything in the movie. I didn’t always follow the storyboards, but the process of storyboarding cleaned things up in the script for me. I was able to see what wasn’t going to work. It makes you rewrite things when you sit there and go through every frame of the picture.”

The other thing the young director insisted on was getting the most experienced crew he could to support his first effort. “You want a veteran crew that knows their stuff so no mistake is going to take four hours out of your day. You get good people and you let them do their jobs.”

But even Rock admits that one of his hiring criteria is somewhat unusual. “I like people who’ve worked in bad situations. My AD was H.H. Cooper and he told me a story about working with a star who wouldn’t come out of his trailer and since I’ve always come out of my trailer and run things really tight, I figured he’d really appreciate me. H.H. was a nice guy who got things done without screaming. I don’t like a screaming set.

“My editor was Stephen Rotter who’d done The World According to Garp, The Right Stuff and What Women Want. But I hired him because he’d done Ishtar. I figure they must have cut Ishtar 40 times. You want somebody in the editing booth who knows every option. He’s seen all the mistakes. I like having that kind of experience around me.”

Rock also states that having cast-experienced actors made his directorial debut a much simpler task. “When you have really good actors, even if you have 10 people in your cast, you only have to direct four of them. There’s not a lot of direction for guys like Dylan Baker and James Rebhorn. They know what they do well and they’re incredible. But when you have somebody like Bernie Mac, you just want to keep him in pocket and tell him to ‘say whatever you want to say as long as it’s about the movie.’ It’s like being a coach; some players have more leeway than others. ‘Bernie, do whatever you want, but Lynn Whitfield, I need you to stick to the lines … Kobe [Bryant], do whatever you want. Rick Fox, just bring up the ball and take the open shot if you get it.’ “

Like any new coach, Rock knew that the management would be keeping a close eye on his early win-loss ratio. But he found a way to turn that, plus his scheduling problems with Mac, into a winning situation. “On the first day we shot the scene where Bernie gets off the train and during the first week we shot some of my ‘that ain’t right’ campaign speeches because you want to show the studio funny dailies right away so they’ll get off your back.”

Shooting the film on location in Baltimore and Washington, D.C., also helped keep too many eyes from looking over his shoulder during production. But he had to rely on other eyes when it came to his early efforts at directing himself. “I had to lean on Ali [who also served as second unit director] and the script supervisor, Lisa Katcher, was really good. You know yourself after awhile and you know when you’ve had a bad take. I watched myself on the monitor, but I never really used it for anyone else.”

Rock confessed that he schooled himself in the visual aspects of comedy by immersing himself in the work of his predecessors. “You watch a lot of movies. With comedy, what you basically want to do is not get in the way of the jokes. So it ends up being a lot of establishing, close, close, close. I played around with zooms a lot and music here and there, but for the most part I kept it simple. I took an almost John Landis approach.”

He was also able to glean techniques and wisdom from his years as an actor working with some of the best directors in the business.

“Kevin Smith is really good with the dialogue and [Neil] LaBute is great. But probably the best comedic guy I’ve ever worked with was Dick Donner. There’s some stuff in Lethal Weapon 4 that’s funnier than any movie I’ve ever done. He kind of just let us go and caught it. He didn’t labor over it because he’s got Mel Gibson and Danny Glover. Did it go out of the park? Yeah. You don’t have to try to hit a tape-measured shot. A home run is a home run. He had a really easy style and a really easy set. Everybody was happy and together and you need that when you’re trying to do something funny. You don’t need tension.”

With all this in hand, Rock found that the actual shooting of the film was probably the easier part of the process. “It was almost like any other movie I’d ever done, except I was the director.”

But, it was the cutting of the film that ended up being the most difficult process for Rock. “A lot of stuff ended up on the floor,” he says. “I mean, as a director, you’ll pick your shots and maybe fight with the editor about it, but it’s your movie.”

Rock also learned that a fine line had to be traveled in the testing phase of a movie. “You want to pay attention to the cards when you’re testing, but not too much because you’ll end up with a consensus instead of a vision.”

Now that his first film is in the can, Rock hopes his career as a director will be something that will follow the example of his other professional pursuits.

And his final advice for others looking to position themselves as feature directors: “Try to write your own stuff because only you know how you want that. And don’t try to be hip, try to get the most experience you can around you, especially if you’re young because they will save you.”

Thu Oct 8 , 2020
Topline Returning to an embattled White House fighting to contain its own Covid-19 outbreak, a still contagious Donald Trump stood on the South Portico steps on Monday night and tore off his face mask for a photo op, despite, AP reports, staff being seen nearby, after telling Americans to not […] 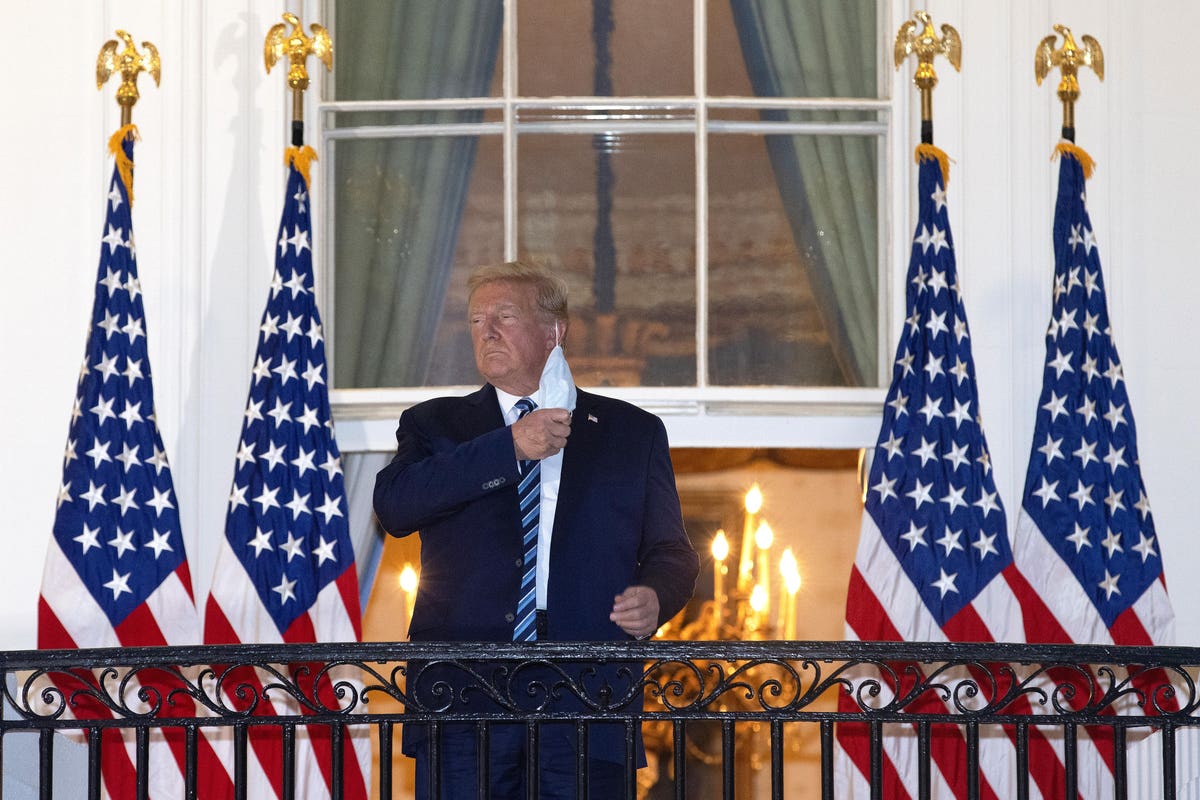