Right now, the most comfortable, convenient way to take advantage of Microsoft’s new Xbox cloud gaming is on…a Chromebook?! On September 15, Microsoft formally unveiled cloud gaming for Android phones and tablets, in the form of an add-on to its Xbox Game Pass app. Cloud gaming, formerly known as Project […]

On September 15, Microsoft formally unveiled cloud gaming for Android phones and tablets, in the form of an add-on to its Xbox Game Pass app. Cloud gaming, formerly known as Project xCloud, had been in trials for months, designed as on-the-go option for gamers to squeeze in a bit of Sea of Thieves during downtime waiting for a bus or plane.

Part of the appeal of Xbox cloud gaming was its convenience. Another was the fact that cloud gaming runs remotely on Microsoft’s servers, allowing the relatively anemic CPUs found within phones and tablets to run a powerful, top-tier game. But wait—we’re in the middle of a pandemic, and many of us are stuck at home. Why squint at a tiny phone when a PC and its large display could be used instead? Because Microsoft hasn’t yet published a cloud gaming app for Windows 10 PCs, cloud gaming runs on top of an Android app, and Android apps run on some Chromebooks. Bingo!

So, for right now, the best Xbox cloud gaming PC is, yep, a Chromebook. Just don’t tell your kids, or they’ll never stop “doing homework” in their rooms.

What you’ll need for Xbox cloud gaming on a Chromebook

Here’s what cloud gaming on a Chromebook means: games powered by Microsoft’s Xbox cloud gaming service are running on a remote server and streamed to your device, just like Netflix. Not all of Microsoft’s Xbox Game Pass suite of games are available for playing via cloud, but a hefty chunk are.

Any inputs you make via a controller or keyboard are sent back over the Internet, introducing the slightest bit of delay, or lag, into the gameplay. The upside is that because Microsoft’s servers are doing all the work, you don’t need to spend the time or bandwidth downloading the game, and it loads just as quickly as if it were already on your device. Microsoft assumes that you’ll be using a phone for cloud gaming, but you’re going to be using your own wired or wireless network instead. The quality of that network will matter; if your Netflix streaming already stops and stutters, cloud gaming isn’t for you.

Here’s what you’ll need to enable cloud gaming on a Chromebook. First, you’ll need a modern Chromebook, one that’s capable of running Android apps. If your Chromebook was manufactured in 2016 or later, chances are that Android apps are enabled. (If you’re not sure, Google maintains a list of Chromebooks that can run Android apps.)

Second, you’ll need a Microsoft account and a subscription to its Game Pass Ultimate subscription. Game Pass Ultimate is a pricey $15 per month, but there’s an “approved” trick to get three years’ worth for just a few bucks, and that’s before you begin using Microsoft Rewards to let it pay for itself. Alternatively, you can remotely play games from a physical Xbox console on your network, which Microsoft calls Remote Play. Remote Play is free to use.

You’ll need a dedicated controller, which you can connect via Bluetooth or a cable. (While you can pick from a list of controllers at the bottom of this article, I typically just use an ancient wired Xbox 360 controller, as our wireless Xbox controllers are often in use by my kids.)

Finally, Cloud gaming also requires Microsoft’s Game Pass app for Android, which is why you’ll need a Chromebook capable of running Android apps. (Apple has, for now, blocked Game Pass for iOS, which we think is ridiculous.) Remote Play uses the Xbox app (Beta). Downloading the Game Pass app for Android and installing it should be a snap. You’ll need to sign in with your Microsoft account and enter your password.

What playing cloud games on a Chromebook is like

We used the four-year-old HP Chromebook 13 as our test bed, powered by what was, even then, an anemic Core m3. When you load the Game Pass app, you’re presented with a choice of games, with a slim navigation bar that allows you to pick from the cloud, console, or PC as your platform. (You can remotely install a game on your PC from here, too.)

When you select a cloud game, there’s a pause while the server remotely loads and sets up your game. When it launches, you’ll see everything that you’d see on the game as it loads on a PC or Xbox, but in a much more vision-friendly format on your Chromebook. You can even play on an external display.

I tried a few games: Forza Horizon 4; Dead Cells, and Sea of Thieves, among others. Immediately, I noticed that playing was simply far more comfortable, ergonomically, then squinting at a tiny phone screen—as I did in my hands-on last October.

There’s no getting around it—there was a slight bit of network latency on my end…which didn’t make that much difference? Dead Cells is a roguelike 2D sidescroller, fairly dependent on accurate timing and quick reflexes. I found myself adopting different tactics as a result, occasionally spamming attacks rather than trying to finesse each enemy. With Forza, I found myself unconsciously factoring in what little lag there was in terms of cornering. And with Sea of Thieves, a rather relaxed first-person adventure game, I didn’t notice the lag much at all. Of course, the type of game matters; it’s fairly obvious why games like Afterparty, whose plot is largely driven by text conversations, and Wasteland 3, a turn-based RPG, were included in the cloud-gaming portfolio.

Games like Forza also showed some drop in visual quality—again, probably more noticeable when projected upon the larger screen of the Chromebook, and at high speeds. Sea of Thieves, however, looked just as good as I recall. (If you want to do a head-to-head comparison, you’ll need to sign out of your Xbox, then into the Xbox cloud gaming experience—you can’t play simultaneously.) Frame rates, though, were a bit choppy, and (at a guess) hovered around 30 fps or slightly lower.

I will say that Google’s Chrome OS didn’t particularly help the experience. My Chromebook hard-rebooted occasionally after taking a screenshot, for one. The way Chrome OS works on the HP Chromebook 14 means you don’t select a resolution, like Windows; you zoom in and out into higher and lower resolutions, all the way to 3200×1800 pixels. I didn’t really notice any issues with this on the built-in display, but the lack of manual resolution adjustment confined the game to a small corner of an attached 4K display. I can’t say whether Chrome OS was responsible for that, though the Chrome OS itself ran as you might expect, filling the entire 4K display. Finally, Chrome OS tried to force the audio output through my monitor’s disabled speakers, rather than the Chromebook’s.

Conclusion: An unexpected bonus for Chromebooks

Any PC elitist used to 90 fps on a 1440p display will turn up their nose at cloud gaming, and rightly so. But for someone used to tweaking and fiddling with resolution and visual settings on an “ordinary” PC, cloud gaming isn’t bad at all. And that’s basically the point: there isn’t a way for someone with a just a vanilla, day-to-day PC to enjoy the best of what Microsoft’s Game Pass Ultimate has to offer, because there’s no comparable Windows 10 app yet. Until there is, you have a choice: Squint at your phone or use a Chromebook.

We know you didn’t buy a Chromebook as a gaming PC. But surprise! Most Chromebooks run Android, some run Linux, and now most will be able to play Xbox games. That’s a really nice bonus for a device most people simply picked up to help their kids get their schoolwork done.

How Artificial Intelligence is Empowering the Education Sector?

Mon Oct 12 , 2020
We’re in 2020 and long past the days back when we used to stand outside the school library to get the opportunity to copy two or three Encyclopedia pages, to use as a kind of reference for our school projects. With this age having grown up with the benefit of […] 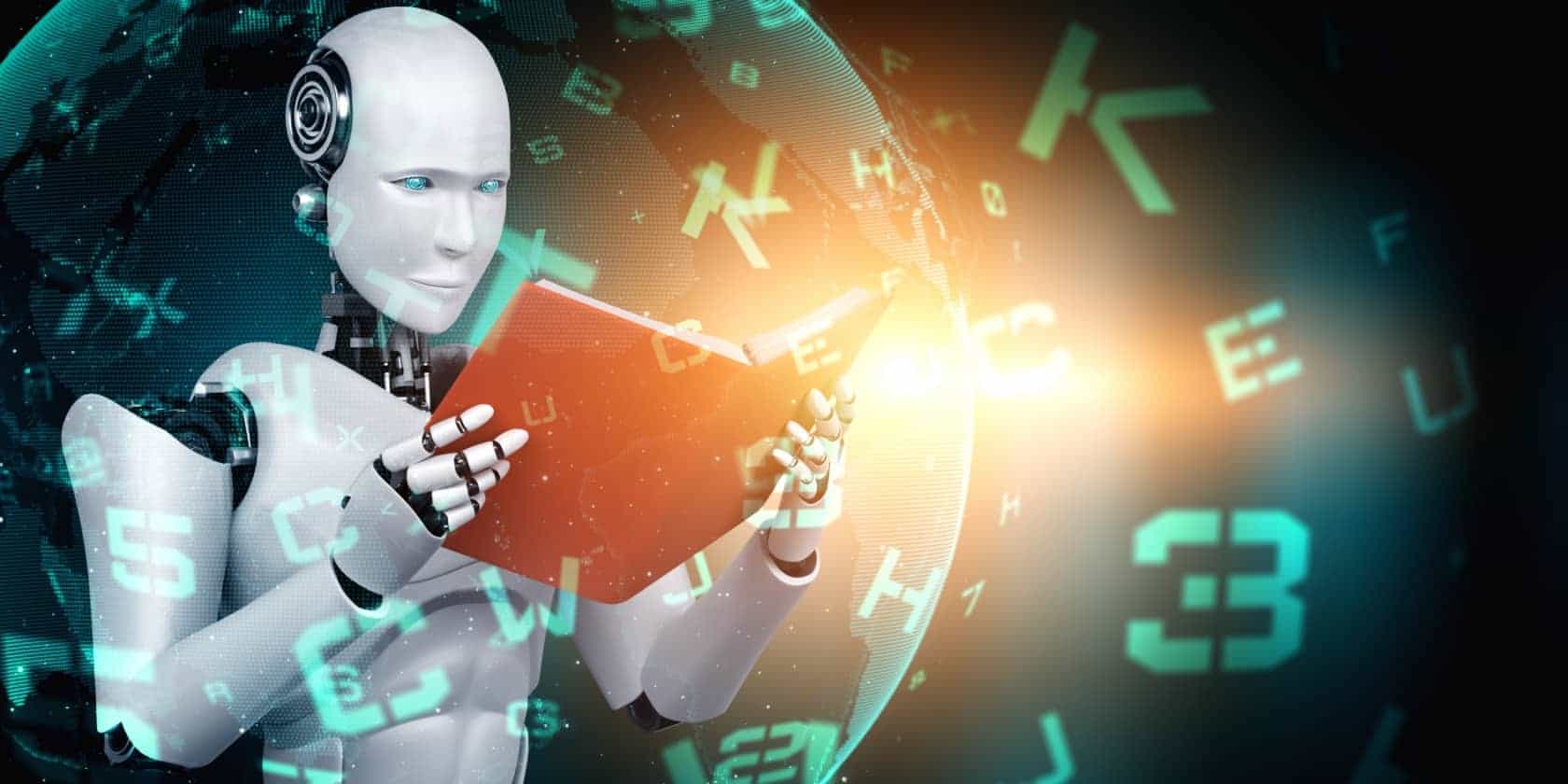