Drivers are More Likely to Wear a Mask Than Drive Without Using a Cell Phone, According to Survey From National Safety Council and TRUCE Software PR Newswire ITASCA, Ill., Oct. 6, 2020 During the 10th anniversary of Distracted Driving Awareness Month, NSC and TRUCE find far too many risky behaviors […]

Drivers are More Likely to Wear a Mask Than Drive Without Using a Cell Phone, According to Survey From National Safety Council and TRUCE Software

During the 10th anniversary of Distracted Driving Awareness Month, NSC and TRUCE find far too many risky behaviors – and an unwillingness to let them go

ITASCA, Ill., Oct. 6, 2020 /PRNewswire/ — According to a survey released today by the National Safety Council and TRUCE Software, drivers remain persistently unable to disconnect behind the wheel, even 10 years after Distracted Driving Awareness Month brought increased attention to a persistent roadway killer, and nearly all states have some form of legislation prohibiting certain types of distractions.

In the survey of 2,001 registered drivers ages 25 and older across the country, 76% of respondents said they are rightly “very willing” to wear a mask in public – but just 62% are “very willing” to obey a state law preventing cell phone use. The finding speaks to a long-standing behavior change dilemma: Many people will correctly take steps to mitigate immediate risks to their safety – especially if they believe the measure will be temporary, such as wearing a mask – but widespread behavior change that can drive down chronic safety incidents, such as motor vehicle crashes, often takes much longer.

Since October is Distracted Driving Awareness Month, NSC and the observation’s lead sponsor TRUCE – a company dedicated to decreasing workplace distraction and improving worker safety – are urging employers to enact distracted driving policies at their workplaces to compensate for many drivers’ unwillingness to adhere to state laws. Further, NSC and TRUCE urge employers to promote a safe driving culture, something the survey indicated many companies may not foster effectively enough. According to survey respondents, 46% say “demands or pressure from work” leads them to glance, read or send emails while driving.

“Clearly, we continue to accept crashes and near-misses as the cost of connectivity,” said Lorraine M. Martin, president and CEO of the National Safety Council. “As we mark the 10 year anniversary of Distracted Driving Awareness Month, we must commit to improvement – particularly with a national pandemic compounding traffic safety even further. Saving lives will mean disconnecting behind the wheel once and for all so everyone can arrive at their destination safely.”

“As the survey shows, solving the problem of distracted driving means taking action, not just having a willingness to try,” said Joe Boyle, CEO of TRUCE. “Employers are in a unique position to influence behaviors across large groups of individuals by making sure they have the right policies in place and the tools to enforce those policies, changing not just what happens behind the while but also how the rest of the organization communicates with their driving coworkers.”

Thousands die each year in distracted driving crashes, though National Safety Council investigations show these crashes are significantly underreported and undercounted.i Despite 48 states banning texting while driving, and 25 states banning handheld use, drivers responding to the NSC-TRUCE survey indicated it will take more than laws to change their behaviors. Sixty-one percent said they would need to be involved in a near-miss – and 59% said they would have to be involved in a fatal crash – to be dissuaded from using technology while driving. Fifty-eight percent cited state laws and 52% cited federal laws as being enough to change behavior. Encouragingly, 56% said they believe employers policies are effective distracted driving deterrents.

Other important findings from the poll include:

About the National Safety Council
The National Safety Council is America’s leading nonprofit safety advocate – and has been for over 100 years. As a mission-based organization, we work to eliminate the leading causes of preventable death and injury, focusing our efforts on the workplace, roadway and impairment. We create a culture of safety to not only keep people safer at work, but also beyond the workplace so they can live their fullest lives.

About TRUCE Software
At TRUCE Software, we believe there’s a better way to leverage all a mobile device has to offer in the workplace, while still protecting what’s most important – your employees, your assets and your IP. TRUCE offers the first Mobile Device Management platform to provide flexible, contextual enforcement of your mobile device policy, allowing companies to temporarily suspend distracting mobile apps based on the work being performed, the work location or even the user or work group. Our patented technology operates on both iOS and Android platforms, supporting more than 115,000 subscribers and some of the largest brands worldwide. Established in 2009, TRUCE Software is headquartered in Lisle, Ill. with research and development in Baton Rouge, La. To learn more, go to www.trucesoftware.com.

i According to NHTSA FARS data

6 Surefire Tips to Keep your SmartPhone Secure from Hackers

Thu Oct 8 , 2020
Smartphones are prone to security vulnerabilities because of the sensitivity of the data signals it carries. We all are afraid of getting our smartphone hacked as it holds most of our crucial information. Moreover, the risk of getting robbed is also higher in most vicinity. All these aspects make it […] 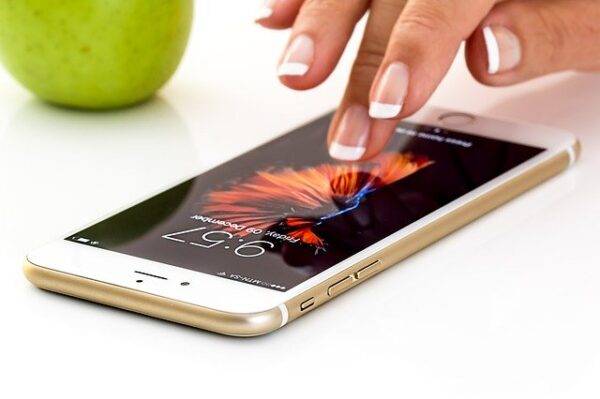