South Africa’s electricity utility Eskom has added a new page to its website through which it is providing information relating to the status and performance of the power system, including the use of load-shedding as a mechanism to stabilise the national electricity grid. The webpage, which bears the prosaic title […]

South Africa’s electricity utility Eskom has added a new page to its website through which it is providing information relating to the status and performance of the power system, including the use of load-shedding as a mechanism to stabilise the national electricity grid.

The webpage, which bears the prosaic title ‘System status and other related data’, is updated every 24 hours.

It falls short, therefore, of addressing the recent attempt by the Organisation Undoing Tax Abuse (Outa) to ensure that the utility released real-time information, as well as detail relating to the performance of individual technologies and power stations.

As it stands, the portal includes graphic-rich supply and demand information, as well as information relating to Eskom’s use of the country’s expensive diesel-fuelled open-cycle gas turbines and the performance of the growing fleet of renewable-energy generators.

A ‘Lockdown Tracker’, comparing the actual demand performance of the electricity system during the various Covid-19 lockdown levels relative to expected demand, is also on display, along with some data on the utility’s carbon and pollutant emissions.

An ‘Outage Performance’ link is also available, providing some visibility of both planned and unplanned outages and breakdowns, as well as the contribution that partial load losses are making to overall outage levels.

Eskom Transmission CEO Segomoco Scheppers stresses that the portal, which went live on September 4, represents only the “first phase” in an ongoing effort to improve transparency.

He tells Engineering News & Mining Weekly that Eskom, will in a subsequent phase, release the data in a raw format to enable the information to be interrogated and analysed independently. Historical data will also be added.

Scheppers says the utility is also considering increasing the granularity of the information with regards to the performance of the individual power stations, including their emissions, but that no decisions had yet been made in this regard.

Efforts will also be made to “evolve” the system in ways that make it more user friendly, including by ensuring consistency in the terminology used internally and externally.

There was no immediate intention, however, to move from the “near real-time” information being displayed to a real-time offering.

He acknowledged that the utility has long been criticised for being opaque in the way it reports on the status of a system, noting that Outa was but one of the stakeholders to raise the issue with the utility, which had been implementing load-shedding for more than a decade.

The current leadership has, on several occasions, promised to improve transparency, particularly in light of warnings that the risk of load-shedding will remain until at least the end of 2021 and while the utility implements ‘reliability maintenance’ in a bid to improve the performance of its poorly maintained coal fleet.

Earlier this year, Outa, with the support of energy expert Chris Yelland, initiated a formal, but unsuccessful, Promotion of Access to Information Act (PAIA) application in a bid to force Eskom to begin providing real-time information in line with what is made available by its peers in many other countries.

Yelland says that, while the information being provided on the new webpage represented progress, it is not in line with what Outa sought through the PAIA application and was released by Eskom without any engagement with customers to assess what they wanted and needed to know.

“The way data is presented is crude and rudimentary and not in line with current information-technology best practice as done on all commercially available dashboard software systems,” Yelland added.

The fall in the EAF of Eskom’s coal fleet, together with delays to the Medupi and Kusile build programmes, had been held up as the main reason for the inability of Eskom to ensure security of supply.

A recent Council for Scientific and Industrial Research report indicated that load-shedding during 2020 had already, by the end of July, surpassed that of 2019, which had hitherto been the country’s worst-ever year for load-shedding.

The report also warned that the risk of load-shedding was likely to rise unless new capacity was added and/or Eskom was able to recover the EAF of the coal fleet.

Following a brief lockdown-induced fall in demand, which eased pressure on the grid, Eskom resumed regular load-shedding again in mid-August and rotational cuts have continued into September. 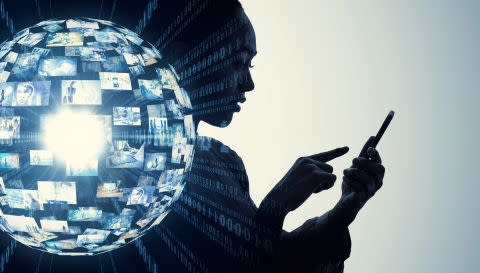