The Washington Post via Getty Images It was an unforgettable sight: 200,000 people of all ages, backgrounds, and genders decked out in pink and proudly carrying “I’m With Her” and “My Body, My Choice” signs above head as they marched down the National Mall in the nation’s capital. Similar scenes […]

It was an unforgettable sight: 200,000 people of all ages, backgrounds, and genders decked out in pink and proudly carrying “I’m With Her” and “My Body, My Choice” signs above head as they marched down the National Mall in the nation’s capital. Similar scenes were unfolding in cities small and large all across the United States and indeed the world, and an estimated five million women, men, and children took to the streets to protest the inauguration of Donald Trump, making the Women’s March the largest single-day protest in U.S. history. Now, nearly four years later, the Women’s March is back to once again fight for reproductive rights, immigration reform, LGBTQ+ rights, racial equality, healthcare reform, and the environment, among seemingly countless other women’s and human rights issues.

Although Women’s March has been held annually in the years since President Trump took office, it was not until recently that the idea for October’s event was born. Following the death of Supreme Court Justice Ruth Bader Ginsburg on September 18, Women’s March, the organization responsible for the inaugural 2017 march and every one since, co-hosted a national vigil to honor the late feminist icon and called upon its members to organize similar events across the country. When the president made clear his intent to go against Justice Ginsburg’s wishes to wait until after the impending election to appoint her replacement, women everywhere realized this would put the many rights and privileges they’ve fought so hard for under immediate threat.

With a thick cloud of anxiety hanging overhead, Women’s March organizers decided the weekend’s vigil was simply not enough, and on September 21, it announced it would host a national feminist march in partnership with the We Demand More Coalition ahead of the election. “On Saturday, October 17, women will be marching everywhere across the country to send an unmistakable message about the fierce opposition to Trump and his agenda, including his attempt to fill Ruth Bader Ginsburg’s seat,” the announcement read. “If Donald Trump is allowed to appoint another Supreme Court Justice, Roe v Wade will be overturned. It’s that simple. This is everything that the Women’s March has warned about since day one of Trump’s presidency. This is the moment we’ve been preparing for.”

While the focus of the march is irrefutably on the vacant Supreme Court seat, for which President Trump has now appointed controversial federal judge Amy Coney Barrett, and on honoring Justice Ginsburg’s dying wish, the organizers hope it will serve as a vehicle to help voters support a feminist and life-affirming agenda in the upcoming election. “With the most important election of our lifetime quickly approaching and everything on the line, Women’s March will partner with a voter registration organization, allowing people to register to vote on site,” the organization said. “These marches will demonstrate the power of women: as we welcome the growing number of women on our side. The only thing that will stop Trump and Mitch McConnell from stealing another Supreme Court seat is millions of women in the streets—and defending this seat just became THE defining issue for the millions of women who will decide this election.”

Just as it did in 2017, the primary Women’s March will take place in Washington, D.C., where a planned 10,000 people will head from Freedom Plaza to the Supreme Court and a coalition of organizations, including Black Feminist Majority, MomsRising, and #VOTEPROCHOICE, will come together in support. But in addition to the D.C. event, the Women’s March base has announced more than 100 other satellite marches across 39 states. Since announcing the October 17 march, over 70,000 people have pledged their participation in these events across the country, and the number of contributors to the organization has more than tripled.

Of course, one of the biggest issues on the ballot this November is the ongoing Covid-19 pandemic, which has already taken more than 200,000 American lives and continues to affect the way we live and especially gather. With facemasks and social distancing still a regular part of everyday life, a march of 10,000-plus people might seem less than ideal at first glance, but the organizers are taking every necessary precaution to ensure marchers’ health and safety. “We are asking all marchers to wear masks and practice social distancing,” Women’s March said. “If someone has any symptoms of COVID-19, we ask that they refrain from attending the march in-person, and instead support the movement from home.” The organization will also be hosting several virtual events, so anyone who can’t attend an in-person march or doesn’t feel comfortable doing so can still support the cause.

“This is a moment when we need an overwhelming show of force from women, and that’s what Women’s March does best. We deliver people power,” noted Rachel O’Leary Carmona, Executive Director of Women’s March. “It was true on day one, and it’s true today: when there is a fight that’s important to women, Women’s March will be there to get boots on the ground. Women’s March is going to be at the center of this fight. This is not the fight we wanted, but it’s one we’ve been preparing for.”

Learn more about the October 17 Women’s March in Washington, D.C. and around the country here.

Thu Oct 1 , 2020
Call of Duty Warzone Season 6 is going live today and it brings tons of new additions to the addictive battle royale extravaganza. Check out the launch trailer for it below! Most eyes from the gaming community when it comes to Call of Duty are pointed towards the first next-gen […] 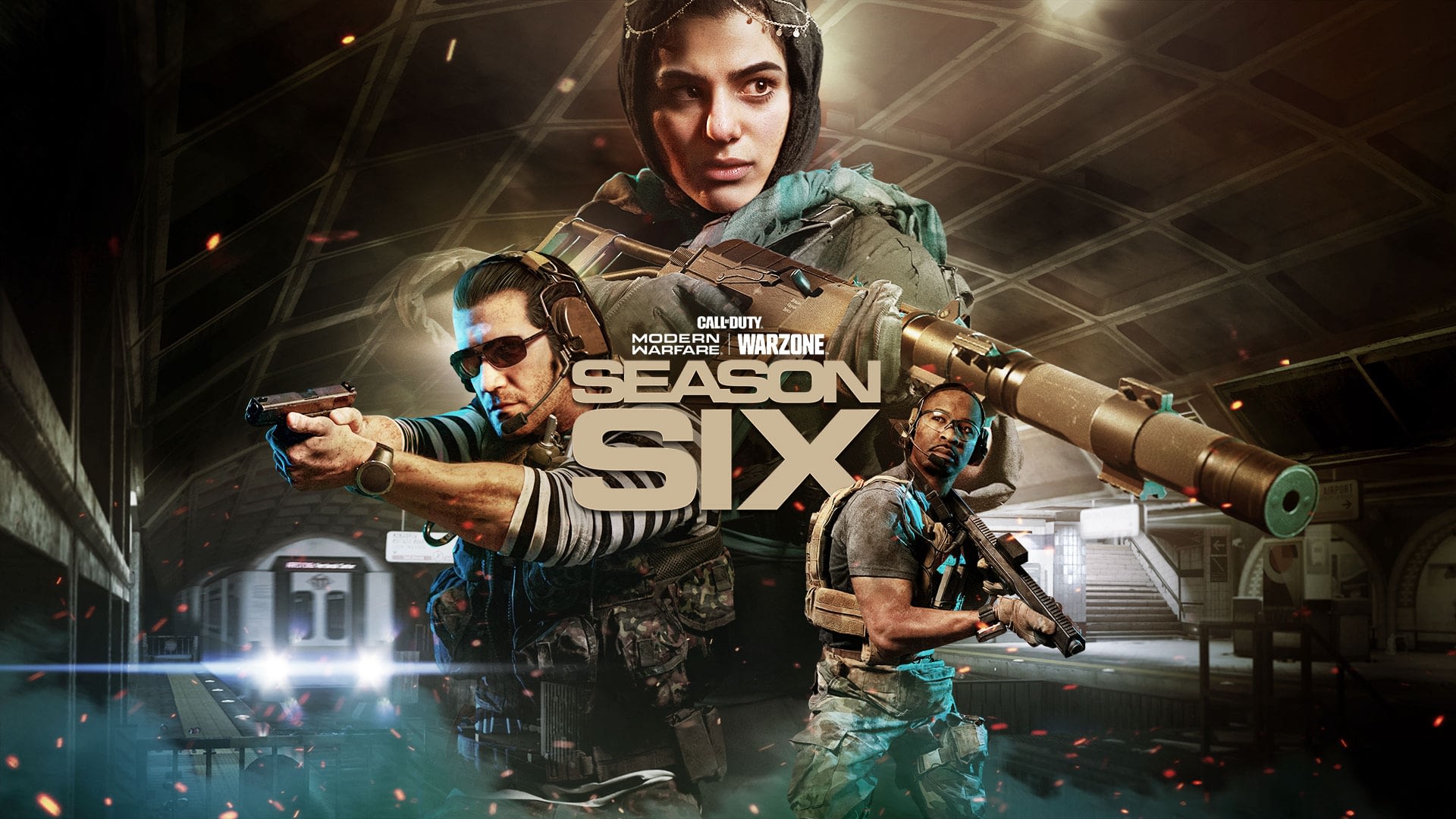