China is planning to construct 1,600 coal plants in over 60 countries. These coal projects will be built by Chinese firms and are planned for populations much larger than their respective current populations, creating a long-term dependence on Chinese coal supplies around the world. This is both a political and […]

China is planning to construct 1,600 coal plants in over 60 countries. These coal projects will be built by Chinese firms and are planned for populations much larger than their respective current populations, creating a long-term dependence on Chinese coal supplies around the world. This is both a political and environmental threat, especially as China is expected by 2030 to cause over 30 percent of global emission.

To combat this, the U.S. needs to lead the charge in exporting clean energy technology and natural resources around the world. We have already used these two tools to reduce emissions domestically. In fact, from 2005 to 2017 America cut emissions by more than the next dozen reducing countries combined. Congress needs to support private sector leadership to reduce emissions, which is why I have introduced two common-sense bills to speed up the process of exporting U.S. technology.

The Exporting Clean Energy Act would utilize the Export-Import Bank as a tool to directly combat China and Russia’s energy exports. First, it would ensure the Export-Import Bank’s Board of Directors could approve loans to U.S. energy projects when the U.S. is able to provide a cleaner alternative. Due to Senate gridlock, the Export-Import Bank went without a quorum, and as a result could not issue some strategically important loans, from 2015-2019. During this time, the U.S. was benched on the sidelines while China built coal plants across the developing world. Had my bill been law, the U.S. could have competed to provide cleaner energy while generating more American jobs. Second, my bill would set aside a portion of money to be used to finance energy projects when a U.S. firm is able to provide a cleaner alternative.

Additionally, this week I will be introducing the Worldwide Wind Turbine Act. Currently, businesses receive a tax credit for wind energy projects which will likely soon be expiring. Because businesses are eager to take advantage of this tax credit, they are investing in bigger and more advanced wind turbines and replacing older turbines that still function perfectly well. This will leave thousands of perfectly usable wind turbines in landfills as opposed to being utilized elsewhere. My bill would empower the U.S. Agency for International Development (USAID) to accept these blades as donations and help share them with developing countries that could benefit from clean wind energy. This is a global win-win: helping the environment while developing strategic relationships abroad by sharing our clean energy technology.

Clean energy and maintaining successful business endeavors need not be mutually exclusive — commonsense legislation such as these bills will help the environment and help the global economy. I look forward to working on these, and other efforts, where the private sector and government can work together to combat climate change, create jobs, and forge a cleaner energy future.

Curtis represents Utah’s 3rd District and is a member of the Foreign Affairs Committee.

Sat Oct 10 , 2020
Worldwide Flight Services (WFS), the world’s largest air cargo handler, has launched Project Coldstream to co-ordinate its response to the anticipated global transportation of some 16 billion doses of COVID-19 vaccine, expected to commence in late 2020 and continue through 2021/2. According to the International Air Transport Association (IATA), the […] 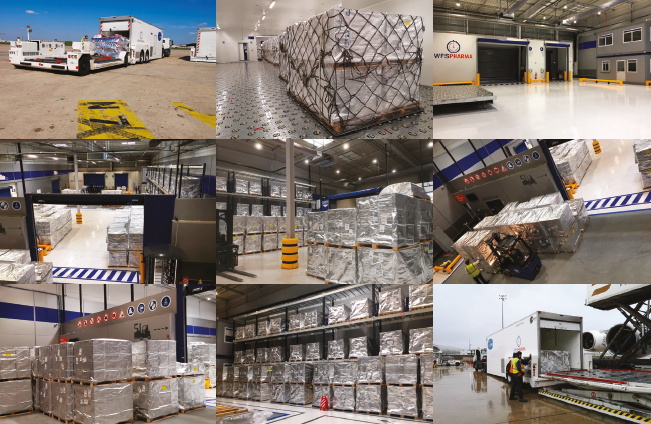