On a barren stretch of Monterey Bay, in a region desperate for fresh water, an oft-overlooked town has little say in whether a big water company can build a desalination operation right on its shore. Here in Marina, where one-third of the town is low income and many speak little […]

On a barren stretch of Monterey Bay, in a region desperate for fresh water, an oft-overlooked town has little say in whether a big water company can build a desalination operation right on its shore.

Here in Marina, where one-third of the town is low income and many speak little English, industrial facilities have long burdened the landscape. This desalination project would replace a century-old sand mine that has stripped shorebirds and rare butterflies of their home — and the community of an open space where anybody could cool off during a heat wave or enjoy a day by the sea.

Not a drop of this treated water — which would be piped to other cities, businesses and farmers in need — would even be for Marina.

“Why would anyone think they could get away with that? Why?” said Kathy Biala, a resident who was furious when she first learned of these plans. “Because we’re small. Because we have a lot of people who don’t even speak English. Because our city coffers could never stand up to the wealth of a major American corporation.”

This proposal by California American Water has become one of the most complicated and fraught issues to come before the California Coastal Commission, whose long-awaited vote on Thursday could determine not only the contentious future of water on the Monterey Peninsula — but also the role of government in undoing environmental inequity.

Almost a decade in the making, the project has pitted an overtapped river against an overburdened city and prompted a flurry of private meetings with lobbyists, the governor’s office and numerous state officials at odds over what is most important. The outcome could set precedents on which environmental priorities win out when shaping the future of the state.

A key test this week will be the coastal commission’s new power to review not only harm to the environment when making decisions, but also harm to underrepresented communities. As the nation continues to reckon with systemic injustice, many are waking up to the patterns of relegating industrial projects to certain parts of the coast while others get gentrified.

“Who’s got the garbage? Who’s got the landfill? Who’s got all of it? Marina. That’s what we’re doing to these communities. You want to build something that nobody else wants? Put it in Marina,” said Sara Wan, a former chair of the commission who is now helping Marina make its case. “If the commissioners can’t see that now, their environmental justice policy is meaningless.”

Water politics is rarely easy, but along Monterey Bay, it’s particularly fraught: The region, isolated from state and federal aqueducts, has limited water options. A few communities like Marina tap their own groundwater, but most rely on Cal Am, an investor-owned company that has pumped the Carmel River for decades — providing some of the most expensive water in the country to cities that could not flourish without it.

But the river, where 10,000 steelhead trout once spawned, has suffered from the region’s water demands. Cal Am was pumping more than three times its legal limit and by 1995, the State Water Resources Control Board had ordered an end to the overdraft — a deadline that has since been extended to December 2021.

Only 129 steelhead were observed in 2019. During the last drought, zero. The lower 9.5 miles of the river are seasonally dry in most years due to continued illegal diversions, water officials said.

A number of alternate supply projects have been proposed over the years, including a new dam and a desalination plant at the Moss Landing power plant. Voters rejected the dam’s financing plan, and environmentalists balked at all the marine life that could be harmed by sucking water directly from the ocean.

So Cal Am went back to the drawing board and came up with the Monterey Peninsula Water Supply Project, a smaller desalination plant that would use a new slanted well technique that pulls less directly from the ocean. They picked a new site — a sand mine that is shutting down — that was already impacted by industrial use.

This downsized project would give shareholders less return on investment and requires relying on a new public recycled water project to fulfill the demand gap. Cal Am also offered to provide water at a reduced rate to Castroville, a nearby farming community in dire need of clean water.

The project has the support of steelhead conservationists, major farming and business groups, as well as hotels and developers in the region who for years have been unable to expand without more water. Cal Am has met privately with some of Gov. Gavin Newsom’s top officials, including Secretary of Environmental Protection Jared Blumenfeld, who says it’s imperative to save the Carmel River.

The California Public Utilities Commission in 2018 also signed off on Cal Am’s plan, but Marina rejected it and has spent more than $1 million of its small operating budget to fight the project. Cal Am appealed the city’s opposition, which now puts the ball in the coastal commission’s court.

After more than a year of analysis, the commission’s staff urged their board in a 154-page report to deny the project. They pointed to the new recycled water project, Pure Water Monterey, as a cheaper, more equitable and environmentally conscious way of meeting Cal Am’s needs for at least the next few decades.

Expanding this other project — a joint effort by local public agencies that didn’t exist a decade ago when Cal Am first presented its options — would require less energy and infrastructure. Many have held up this project, and its fast turnaround, as a recycled water model for more Californians to follow.

Both projects would supply more than enough water — but desalination would cost ratepayers about $1 billion more over the next 30 years, according to David Stoldt, general manager of the Monterey Peninsula Water Management District, which oversees the region’s water needs.

Jonas Minton, a former deputy director of the California Department of Water Resources who led the state’s desalination task force, also examined the numbers and concluded the “proposed ocean desalination project is lose-lose-lose. The climate would lose. The coast would lose. And the ratepayers would lose.”

Now a water policy advisor for the Planning and Conservation League, Minton said he initially supported desalination when there seemed to be no other option to save the Carmel River. But now with an alternative that requires less greenhouse gases and no harm to the coast, “expanding this existing water recycling project would truly be a real win-win-win.”

Still hotly debated is whether enough wastewater exists to expand recycling as a reliable water supply — especially during drought years (Cal Am says there’s not; Stoldt says there is). Also in dispute is just how much water the region actually needs in the long term, and whether the new slant well technology would damage local groundwater aquifers that communities like Marina rely on.

Others question the wisdom of building expensive infrastructure that would likely need to be relocated as the sea continues to rise.

As for environmental justice, Cal Am officials say they have significantly reduced the project’s visible footprint on Marina’s coast, and that the actual processing plant is farther inland just outside the city. They also point to their discounted rates to low-income customers and a new, much needed water source for Castroville.

Many don’t buy this argument, which they say falsely pits one underserved community against another. That’s what happens when a big water company controls so many pieces of the chessboard, said Melodie Chrislock, who spearheaded a public effort to buy out Cal Am after water bills kept going up. Despite using way less water than in years past, her bill last month was $873.

“We figured out years ago that the only solution to our water situation — our water supply shortage, the cost of water, everything — is to get rid of Cal Am,” said Chrislock, a longtime resident of Carmel and managing director of the advocacy group Public Water Now. “They’re not responsible to the community.”

State Assemblyman Mark Stone (D-Scotts Valley), who represents all the communities and opposes the project, noted that Cal Am “has every incentive to invest and push on ratepayers the most expensive, infrastructure-heavy solution possible.”

“Once they get a community to agree to that investment, it becomes self-fulfilling: ‘Well you’ve already paid for this, we need to expand it, we need to do maintenance,’” he said, “and the ratepayers are now stuck in this cycle of the most expensive solution.”

Back in Marina, Monica Tran Kim has spent many late hours, in between four jobs, to help the city’s large refugee community understand what’s at stake.

Kim, whose parents fled Vietnam and forged a new life fishing off Marina’s open shore, said many have been reluctant to speak up against the government and a company as politically powerful as Cal Am.

“Without Marina’s beaches, my family wouldn’t have anything. These beaches fed them, kept them alive,” said Kim, who urged decision-makers to see that true justice isn’t helping some communities at the expense of others.

“If we want people to live here and survive, we need to protect the resources that allow all of us to thrive.” 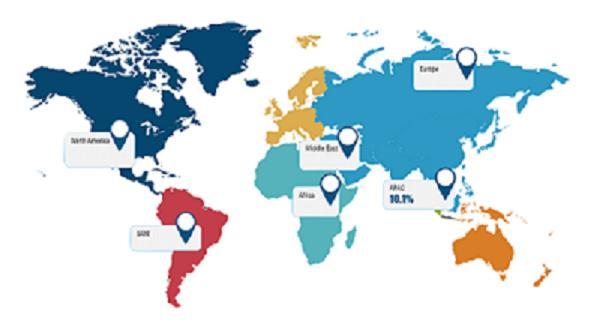