General Atomics says that it has conducted captive carry tests of its Sparrowhawk, a new small drone that will be able to be launched and recovered in flight. The company says that Sparrowhawk is a demonstrator and was developed specifically to work with other larger unmanned aircraft that it builds, […]

General Atomics says that it has conducted captive carry tests of its Sparrowhawk, a new small drone that will be able to be launched and recovered in flight. The company says that Sparrowhawk is a demonstrator and was developed specifically to work with other larger unmanned aircraft that it builds, such as the MQ-9 Reaper and MQ-1C Gray Eagle, offering an important stepping stone to all-new capabilities on those existing designs, as well as future ones.

The California-based drone’s maker said the captive carry tests, in which the drone was carried aloft by an MQ-9, but was not launched, took place between Sept. 16 and 17, 2020. This kind of testing is done to gather data on how a system, as well as the launch platform in many cases, handles the stress of flight.

A picture of Sparrowhawk that General Atomics released to The War Zone shows that the drone features a large main wing that is stowed parallel with the main fuselage before launch, after which is swings 90 degrees into a deployed position. The drone also has a v-tail and there appears to be at least one air intake for the propulsion system on the right side. It’s unclear what type of powerplant powers the air-launched drone.

Sparrowhawk concept art that General Atomics posted on Twitter earlier in September showed a similar configuration, but with two fans at the rear of the fuselage. The company has said that the small drone will offer a reduced acoustic signature, as well as a visual one, compared to its larger designs, such as the MQ-9.

It’s not clear yet how General Atomics is planning to recover Sparrowhawk in flight and whether unmanned platforms, such as the MQ-9, will be able to carry out this task. “Sparrowhawk iterates on the DARPA Gremlins Program,” according to the company. Dynetics, now a subsidiary of Leidos, beat out General Atomics, among others, to build the experimental Gremlins drone, now also designed the X-61A, as well as the airborne recovery system, which is presently mounted on a C-130 Hercules transport aircraft. You can read more about Gremlins and the recovery concept, which includes the drone catching the end of a cable in flight and then being reeled in, in these past War Zone pieces.

It’s hard overstate how significant Sparrowhawk, and any further developments it spurs, could be for both General Atomics existing product lines and future unmanned designs. The ability of a large drone to launch smaller ones, all potentially working together semi-autonomously or even as part of a fully-autonomous swarm, could open the door to all kinds of new capabilities, while reducing the risk to the launch platform.

“Sparrowhawk extends and multiplies MQ-9-based sensors, reduces manpower and increases ISR [intelligence, surveillance, and reconnaissance] coverage,” David Alexander, President of General Atomics Aeronautical Systems, Inc. (GA-ASI), said in a statement. Beyond providing far more flexible ISR over a larger geographical area, Sparrowhawks may also provide valuable stand-in electronic warfare jamming or even act as decoys to blind and confuse enemy integrated air defenses, which could drastically increase the survivability of the launch platform and even help clear a path for other manned and unmanned aircraft, as well as stand-off missile strikes.

Sparrowhawks could potentially carry out their own kinetic strikes if they can be equipped with traditional explosive warheads, although there is no official information yet if arming these unmanned aircraft is a possibility. If it is indeed the case, these drones might able to act as loitering munitions, which would be able to conduct persistent surveillance of designated areas before then carrying out strikes on targets of opportunity or return for recovery and re-launch.

General Atomics says that Sparrowhawk is intended to be an attritable platform, as well, despite being designed to be recovered and reused. Attritable designs are those that are low cost enough that commanders can employ them in higher-risk environments that would be off-limits to more expensive exquisite types.

“With attritableONE technology that is survivable and precise, Sparrowhawk is a true game changer,” GS-ASI’s President Alexander said. This program is part of the U.S. Air Force’s expansive Advanced Battle Management System (ABMS) program, which is seeking to develop a host of new highly-networked technologies that will expand the service’s ability to gather information and then rapidly analyze and disseminate it, including targeting data that can then be passed to other U.S. military units in the air, on the ground, and at sea.

As the name implies, attritableONE is focused on developing new attritable unmanned aircraft. In a recent major demonstration of various ABMS capabilities and associated technologies, an MQ-1C Gray Eagle launched an Area-I Air-Launched, Tube-Integrated, Unmanned System 600 (ALTIUS 600) small drone, acting as an attritableONE testbed. The ALTIUS 600 then positively identified a target that the MQ-1C’s onboard sensors had first identified.

The U.S. Army has also been experimenting with the ALTIUS 600 as part of its Air Launch Effects (ALE) effort, which also envisions fleets of small drones performing various ISR, deception, and other tasks, which you can read about in more detail in this past War Zone piece.

During the recent ABMS demonstration, a General Atomics MQ-9 also carried a Rosetta Echo Advanced Payload (REAP) communications and datalink pod, which includes technology developed under gatewayONE and meshONE, which are also part of the broader ABMS effort. “The REAP pod has been developed under contract from the Air National Guard and demonstrated a communications relay capability for both Link-16 and the Silvus meshONE network providing seamless connectivity between air and ground participants in the demonstration area,” according to General Atomics.

All told, the Sparrowhawk looks to be an extremely exciting development. It also comes at a time when the U.S. Air Force, the largest operator of MQ-9s, is looking to stop buying those drones due to concerns that they are simply too vulnerable to be useful during a high-end conflict. The ability of Reapers to launch and recover smaller, attritable drones and, by extension, perform a wider array of tasks over a larger geographical area, even in contested environments, could breathe new life into that design.

We at The War Zone are very eager to learn more about Sparrowhawk and what it can do.

The Home Builders Association of Durham, Orange and Chatham Counties Partners with Martin Communications on “Bringing You Home” Campaign

Wed Sep 30 , 2020
Durham, NC, Sept. 23, 2020 (GLOBE NEWSWIRE) — The Home Builders Association of Durham, Orange and Chatham Counties (HBA DOC) has partnered with Martin Communications, an integrated marketing and communications agency, to create and launch a campaign to educate homeowners on the significance of utilizing industry professionals for home construction […] 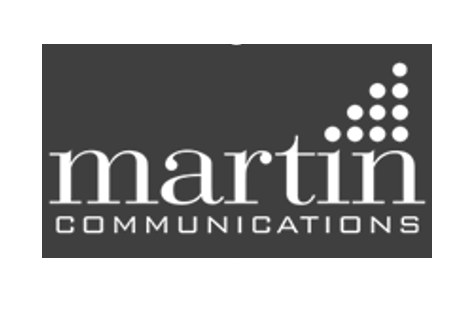