Dianna Thomson Photography/Stuff Claire Mepham explores the flowers in Expressions art gallery’s new Andy Warhol-inspired experience, Pop Garden. Andy Warhol once said, “Everyone will be famous for 15 minutes” and the idea is brought to life in Expressions Whirinaki’s latest exhibition. Pop Garden is made for selfies, a full-immersion, multimedia, […]

Andy Warhol once said, “Everyone will be famous for 15 minutes” and the idea is brought to life in Expressions Whirinaki’s latest exhibition.

Pop Garden is made for selfies, a full-immersion, multimedia, multi-sensorial experience inspired by Pop Art and Andy Warhol’s masterpiece Flowers.

Visitors enter a hall of mirrors with physical elements, projections, and video-mapping which multiply the effect to infinity.

On until December 13 and entry by donation, this international exhibit of dazzling lights, rock music, and flowers will take you back to the golden years of Pop Art.

Andy Warhol, born 1928 in Pittsburgh, Pennsylvania, was the initiator and leader of the Pop Art movement of the 1960s.

Flowers, created in 1964, is one of Warhol’s most recognizable paintings.

There are broad brush strokes of electric green ground overlaid with the black screen of grass, all punctuated by four large, vaguely shaped flowers.

The exhibition blends pop art and technology, the brainchild of Medartec, an Italian production company immersive media experiences based on art using the latest digital technologies.

Director Leanne Wickham said the organisation of the event was done virtually due to Covid-19 restrictions, “which has had its challenges … but the end product is brilliant”.

Pop imagery was a turning point of Warhol’s career. While mulling over options in his studio, known as the Factory, Warhol was visited by a friend, Henry Geldzahler​, who according to legend was the one who suggested painting flowers.

Legend says he looked around the studio, all Marilyn and disasters and death, and said, “Andy, maybe it’s enough death now”.

Geldzahler picked up the June 1964 issue of Modern Photography, with an article describing a new Kodak colour processing system.

The layout was one image of seven hibiscus blossoms, printed over and over to illustrate the differing effects of the processing system.

The page caught Warhol’s eye, and he seized upon the idea for his next series.

And so it comes full circle. An exhibition inspired by a photography magazine is now ready and waiting for photographers to capture, publish, and kick off their own fifteen minutes of fame.

“Much of what Andy Warhol did is based on the flash of beauty that suddenly becomes tragic,” Wickham said.

Flowers, at the heart of this installation, were not permanent, symbols of nature’s fragility and beauty. “The reflected images become a sea of beauty that never ends.”

Fri Sep 25 , 2020
WASHINGTON — The U.S. State Department on Thursday OK’d two potential arms deals for a pair of NATO allies. The Netherlands was cleared to purchase 34 Patriot Advanced Capability‑3 (PAC-3) missiles, with an estimated price tag of $241 million. The United Kingdom, meanwhile, was cleared to purchase $401.3 million worth […] 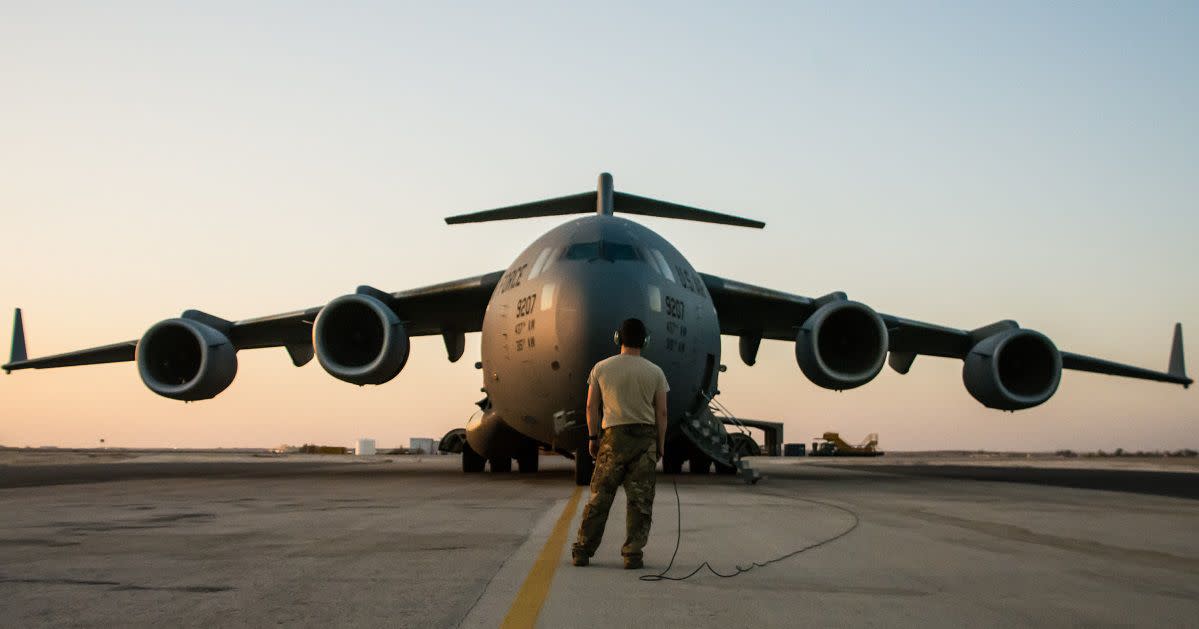