According to Counterpoint Research, the global smartphone shipments plummeted by 23% in Q2 2020. This is the largest drop in the industry’s history but the average wholesale price (ASP) increased by 10% year-on-year. Overall, the smartphone industry revenue in the second quarter fell 15% year-on-year. Except for Latin America, the average wholesale prices […]

According to Counterpoint Research, the global smartphone shipments plummeted by 23% in Q2 2020. This is the largest drop in the industry’s history but the average wholesale price (ASP) increased by 10% year-on-year. Overall, the smartphone industry revenue in the second quarter fell 15% year-on-year. 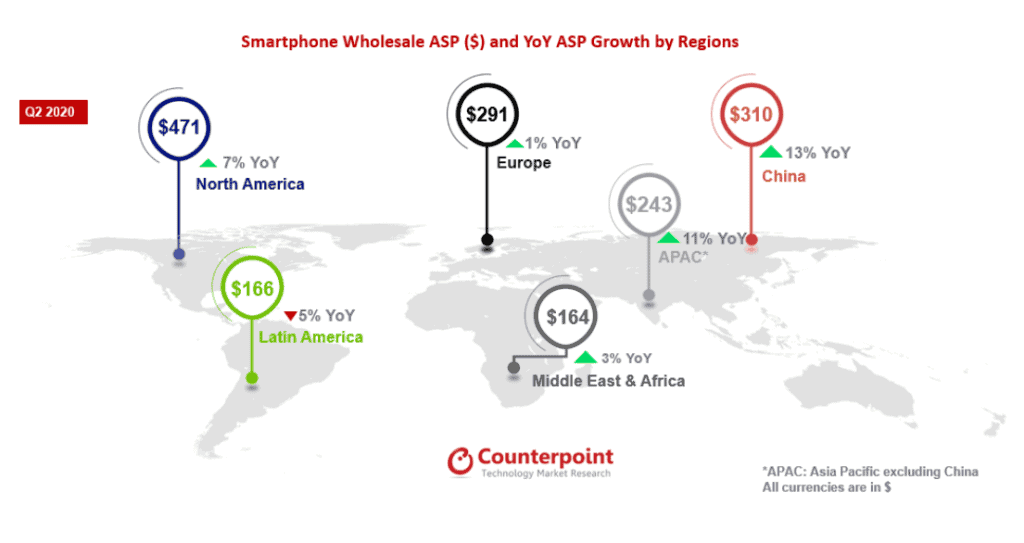 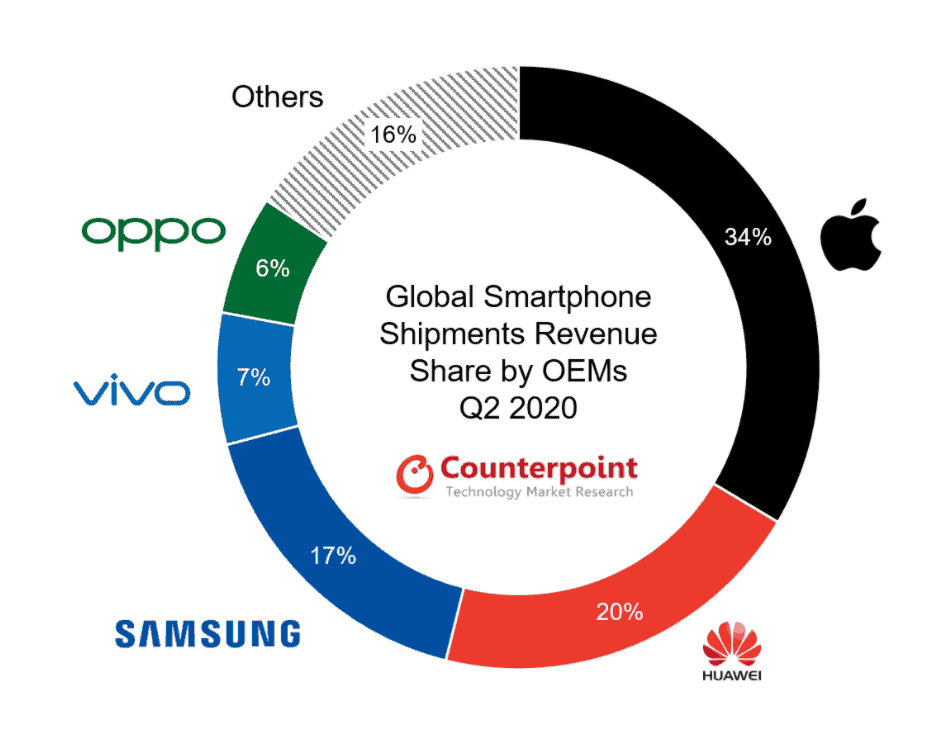 Overall, the average selling price of smartphones in China increased by 12% year-on-year, accounting for more than 34% of global smartphone revenue, the highest level since 2016. While other major countries are still suffering from the COVID-19 epidemic, the Chinese market has begun to recover, which is one of the reasons.

The market demand for low-end mobile phones has dropped sharply. People usually buy entry-level mobile phones in physical stores. In the second quarter, most markets around the world were in a lockdown phase. The closure of physical stores prevented people from buying them. Consumer sentiment is sluggish and low- and middle-end users have reduced their spending.

On the whole, in the second quarter of 2020, the global economy was hit hard and physical stores were closed one after another, leading to a sharp drop in market demand for low-end mobile phones, while the high-end market was resilient and sales of 5G mobile phones increased (especially in China).

In the second quarter of 2020, Apple’s smartphone revenue ranked first, accounting for 1/3 of the share, followed by Huawei and Samsung. It is worth noting that Apple also grabbed about 59% of the global smartphone industry profits.

Huawei (including Honor) accounts for 20% of global revenue, a record high. China is the first country to recover from the COVID-19 epidemic, and Huawei’s continued efforts in this market have enabled it to surpass Samsung for the first time in terms of shipments and revenue in the second quarter of 2020. But with the recovery of markets outside of China, it is difficult for Huawei to maintain this leading position in the next few quarters.

These PS5 Games Are Available For A Discount Before Launch, In A Roundabout Way

Sat Oct 3 , 2020
If you’re hoping to play some of 2020’s biggest upcoming games on both your current gaming hardware and the upcoming next-gen consoles, that shouldn’t be too difficult in many cases. Microsoft is unifying its Xbox One and Xbox Series X physical discs by offering one “Xbox” version that is compatible […]