The Alberta government has completed its review of the $4.5-billion Green Line LRT project and has some concerns for Calgary’s mayor and city council. © Courtesy: City of Calgary An artist’s rendering shows the proposed Green Line LRT in Calgary. But the province remains dedicated to funding $1.53 billion of […]

The Alberta government has completed its review of the $4.5-billion Green Line LRT project and has some concerns for Calgary’s mayor and city council.


But the province remains dedicated to funding $1.53 billion of the largest infrastructure project in Calgary’s history.

“The review has outlined a number of concerns related to risk and certainty with the project as it is currently designed, including estimated costs, contingencies, governance structure, and the overall procurement strategy,” Transportation Minister Ric McIver wrote in a letter to Mayor Naheed Nenshi that was released on Twitter.

Nenshi responded to the minister’s concerns in a letter, also released on social media.

“Our dedicated team has been working this project inside and out for more than a decade, and have worked and reworked the contingency considerations to ensure it will be built within the set budget,” Nenshi wrote.

Nenshi acknowledged the city released the request for proposals (RFP) on July 24, a process which will take “many months.”

“We are committed to not award the contract until we have mutually resolved any concerns with our partners in the provincial and federal governments,” the mayor said.

“Nonetheless, it is critical that we get this right, and we welcome the opportunity to spend time working with our funding partners.”

Nenshi pointed to the city’s record of delivering major infrastructure projects “on time and on budget, and that record is not something we take lightly.”

“We are confident we have set up this project for success,” he said.

The chair of Calgary’s Green Line committee said the latest communication from the transportation minister doesn’t mean the project could go off the rails.

“There is no basis for the project to be threatened in any way, shape or form,” Ward 12 Coun. Shane Keating told Global News. “This is giving assurance that this is done correctly.

“[The province] haven’t had the ability to sit down really and go through it.”

Keating says the province will now have an opportunity to have a deeper dive into the plans for the 46-kilometre LRT line and how the city arrived at those plans.

Ward 6 Coun. Jeff Davison is confident in the work behind the plans for the Green Line.

“The Green Line team has done a significant amount of work to de-risk this project and have looked at all angles,” Davison, who serves as the vice-chair of the Green Line committee, told Global News. “It’s really hard to have an all-angles conversation when it’s a bit of a high level conversation.

“We’re looking forward to that deep dive into the technical aspects of what we’re doing with the Green Line and I feel fully confident that the Green Line team will be able to answer the questions that the province has in a fulsome way.”

Premier Jason Kenney reiterated this is a part of the due diligence done by the province before handing over funds for the Green Line.

“We are, in principle, committed to expanding LRT here in Calgary, but we need to make sure that we are responsible stewards of taxpayers’ money,” Kenney said Friday. “And it would be totally irresponsible of us to write a $1.5 billion check — particularly during tough economic and fiscal times — without doing our due diligence.”

Sat Oct 10 , 2020
iST takes early action to target non-terrestrial communication technologies beyond 5G to open a pathway to space communication for the Taiwan industry As 5G services began to roll out around the globe in 2019, 5G communication is poised to expand into commercial applications with unprecedented development potential compared to prior […] 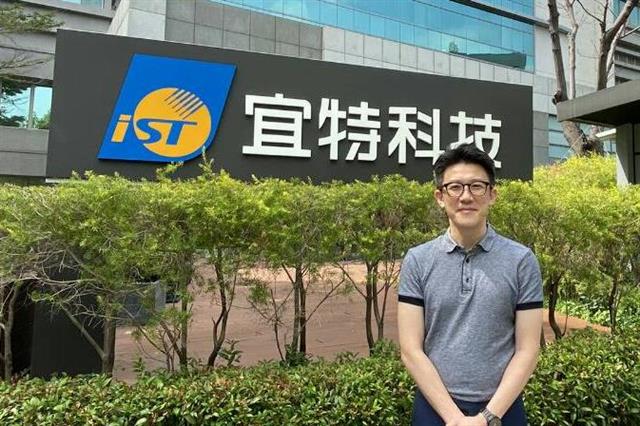