COLUMBUS, Ohio — Ohioans are receiving their official unsolicited ballot applications in the mail by the millions, leading to many questions about how mail voting works in Ohio. Here are some common questions and answers you may have about the Nov. 3 presidential election. And first off, here are some […]

COLUMBUS, Ohio — Ohioans are receiving their official unsolicited ballot applications in the mail by the millions, leading to many questions about how mail voting works in Ohio.

Here are some common questions and answers you may have about the Nov. 3 presidential election. And first off, here are some key dates for you to know:

Oct. 27 — Recommended deadline to request an absentee ballot by mail

Nov. 2 — Mail ballots must be postmarked and in the mail to be counted; last day of early, in-person voting

Note: With all the misinformation circulating about the November election, The Plain Dealer and cleveland.com asked Northeast Ohio elections officials to answer questions about how the process works as part of a myth-busting series of stories called Election Truth. Click here for more information on the project.

Why did I get an absentee ballot application if I didn’t ask for one?

The state mailed them last week to all 7.8 million registered voters in Ohio, according to Ohio Secretary of State Frank LaRose, a Republican who oversees state elections. More mailings are planned in October to target those who either newly registered to vote or updated their registrations.

Ohio has done similar unsolicited application mailings in every presidential and gubernatorial election since 2012. This year’s mailing cost $1.1 million, paid for with federal coronavirus relief money.

Ohio officials perform these mailings to promote mail-in voting as an option for those who prefer it.

We’ve put an example of the envelope at the top of this page, and the full mailer from the Secretary of State’s Office on the bottom.

I already requested an absentee ballot. Why am I getting another application?

Ohio elections officials, concerned about mail delays, have encouraged voters to request ballot applications as quickly as possible. Candidates and outside political groups have been sending application forms out too as they try to mobilize their preferred voters.

Meanwhile, the Secretary of State’s Office began its process of printing ballots and stuffing them in envelopes weeks ago. Last week’s mailing of applications went out to all registered voters, even to those who already requested a ballot.

There is no harm in filling out requests multiple times. But you shouldn’t do it.

What if I didn’t get one?

You can print one off here. Make sure you are registered to vote.

Where should my application go?

The state form includes a business envelope and a field bearing the address of your local board of elections. You’ll need a stamp to mail it in. You can also deliver it in person to your county elections office. Click here for a directory of elections offices for every county.

When do I need to get my application in?

Legally, they’re due Oct. 31, the Saturday before Election Day. But elections officials recommend getting them no later than Oct. 27. Earlier is even better. That’s because once an application is received, elections workers then have to process it and mail back a ballot. With mail delivery times, requesting a ballot the Saturday before the election is almost certainly too late for one to come on time.

When will I get my ballot?

The first round of blank ballots will go out to those who request them on Oct. 6.

How can I check on the status of my application?

You can call your local board of elections, or check the Ohio Secretary of State’s Office’s website, www.voteohio.gov/track

What do I need to put on the form?

The legally required elements include name, date of birth, address, a piece of identifying information like the last four digits of your social security number or your driver’s license number. You also must sign and date the form.

Some third-party forms are sent en masse to voters in all 50 states. They may not contain all the required information, so be careful.

If you’re comfortable, you should consider including your phone number or email address in the application so elections workers can contact you with questions to fix any mistakes on the form. Otherwise, if there’s an issue they may reject your application and send you a new one, which can create delays. Voter files are public records though, so keep that in mind.

What if I change my mind and decide I want to vote in person on Election Day after I send in an absentee ballot request?

Poll workers will see in your voter file that you’ve already requested an absentee ballot, even if you haven’t cast it. So they’ll make you vote provisionally, a process that will delay your vote from being counted as elections officials take extra time to verify you haven’t voted twice. And if you’ve already voted by mail and show up on the election day to vote again, you could be charged with voter fraud, so don’t do it.

When will absentee votes be counted?

Ballots that are received before Election Day will be among the first to be counted, and should show up in totals shortly after polls close at 7:30 p.m. on Nov. 3. Those that are late, but still postmarked by Nov. 2, will be counted if they arrive within 10 days after election. But they won’t be reported until the official results are certified on Nov. 24.

If there are a lot of straggling mail-in ballots, and there’s a close race, this could cause a disparity between election night and what’s officially reported. This is why LaRose, who’s worried about how this scenario would play out publicly, has said his office will report outstanding mail-in ballots along with the results on Election Day.

How many people vote absentee in Ohio?

In 2016, more than 1.2 million Ohioans cast absentee votes by mail or by dropping a completed ballot off at their county elections office. That’s about 15% of all votes cast according to the Secretary of State’s Office. Another 665,000 voted early and in person.

About 3.6 million people, or 66% of the electorate, voted on Election Day.

Elections officials and political insiders are expecting a larger percentage of early voting this November, due to the coronavirus pandemic. They predict about 50% of all voters will cast mail ballots. Mail voting requests already are approaching 2016 totals, and there’s still nearly two months until the election.

Is mail-in voting rife for fraud?

Studies repeatedly have shown voter fraud is extremely rare, including in Ohio, where multiple Republican Secretaries of State have found only limited examples. In 2016, for instance, then-Secretary of State Jon Husted’s Office identified 153 “irregularities” out of 5.6 million ballots cast, 0.0002% of all votes.

All ballots and election results in Ohio are reviewed and verified by a team of Republican and Democratic elections workers. State request forms and absentee ballots have a unique barcode and require voters provide the same personal information that’s needed to vote on Election Day. Ballot drop-boxes outside each Board of Elections are required to be monitored by security around the clock. And while everyone gets an unsolicited ballot application, only those who request them will actually get a ballot.

Why we need a technological dialogue around climate change

Thu Oct 8 , 2020
Opinion: how people will use new and existing technologies must be considered to avoid unintended negative consequences By Fionn Rogan and Alexandra Revez, UCC Before Covid-19, how did you commute to work? How will you commute in 10 years? What is the energy efficiency of your home now? What will […] 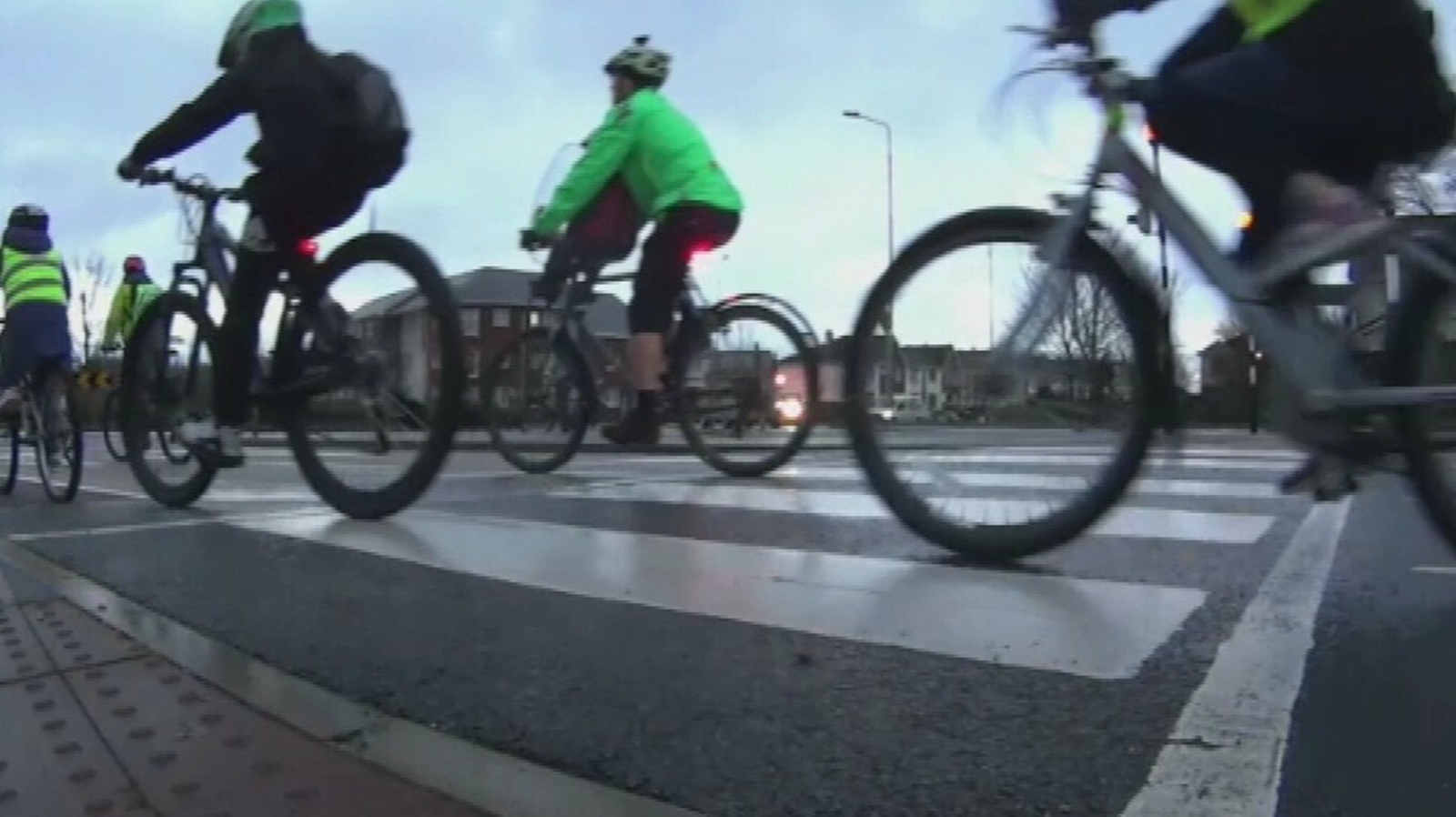