On the night of August 19, 1943, a lone British Handley Page Halifax bomber flew over Nazi-occupied Yugoslavia. The aircraft carried OSS Marine Captain Walter Mansfield. The 32-year-old Harvard graduate had been personally recruited by General William “Wild Bill” Donovan, head of the U.S. Office of Strategic Services (OSS) that was the forerunner of the modern Central Intelligence Agency, from his own law firm.

A Rendezvous with the Chetniks

Mansfield’s assignment was to parachute into enemy territory near Belgrade and make contact with General Draja Mihailovich and his Chetnik guerrillas. This would be the first American military mission into Nazi-occupied Yugoslavia. The objective was to get Yugoslav resistance units to provide support for the approaching Allied invasion of Italy by increasing pressure on the Germans and creating a strategic diversion for the enemy’s divisions stationed in the Balkans.

Captain Mansfield’s personal account reports, “After a five hour trip from Derna, North Africa, we spotted signal fires and made a pass over a field. I could see the fires beneath the jump hole. As soon as we checked our flash signal with the one seen on the ground, we did a circle of about 10 miles and came back. I shook hands with the RAF dispatcher, gave a thumbs up signal and when the light went green, shoved off. When the chute blossomed, I immediately saw the fires and realized that I was off to one side.”

Captain Mansfield continued, “I landed in a pile of rocks and slightly hurt my hip. I found myself on a cool mountainside and in a few minutes was surrounded by a group of bearded Chetniks who tried to smother me with kisses, yelling, Zdravo, Purvi Amerikanee! Greetings, first American! I signaled the pilot with a light that all was okay. The plane circled and dropped 15 containers of supplies, dipped its wings and disappeared into the night.”

A several-hour hike into the rugged, forested mountains brought Mansfield to General Mihailovich. The bearded, medium-built guerrilla leader and his Serbian Chetnik fighters were veterans of the Royal Yugoslav Army. They had refused surrender to the Nazi invaders after their defeat in April 1941, and they had remained loyal to the prewar government.

The Chetniks (“armed company” in Serbian) had established a primitive but extensive base camp only three hours away from German forces. The camp held several hundred fighters and served as a command and control headquarters for guerrilla bands operating throughout southern Yugoslavia. Mansfield was impressed with the organization, discipline, and morale of the guerrillas despite the harsh living conditions. However, military justice was swift and brutal. He reported, “Two spies were captured, and I had the unpleasant experience of seeing them get their throats cut.”

Several weeks after his arrival, Mansfield was awakened by machine-gun bursts and the crackle of rifle fire. Muzzle flashes pierced the darkness and ground fog. He grabbed his weapon and joined the fight. Ghostly figures emerged from the early morning mist. An estimated force of 200 German infantry had slipped past outposts, penetrated the Chetnik defenses, and was attacking the main camp. Mansfield picked targets and squeezed off rounds as Germans surged toward hastily formed Chetnik skirmish lines.

Sounds of gunfire, yells, and screams echoed through the thick forest as the two forces intermingled in fierce combat. After 15 minutes of savage fighting, the gunfire became sporadic and then stopped as the Germans broke off contact and silently withdrew. But they knew where the camp was, and the Chetniks knew they would be back.

General Mihailovich immediately ordered an evacuation. Within several hours, 500 Chetnik fighters were on the move. A heavy rain fell as the single-file column trudged into the steep, dreary Serbian mountains. The guerrillas maintained a grueling pace through extremely rugged terrain in freezing rain for the next 15 hours.

The general finally halted the column near a small village in the Zlatibor Mountain range after patrols reported no threat of German pursuit. The guerrillas prepared for a major strike on the enemy in this region. Their objective was to disrupt the traffic on the major railway between German headquarters in Belgrade and a supply point at Dubrovnik on the Adriatic Sea.

The route contained several tunnels and a bridge. Mansfield and a British SOE (Special Operations Executive) officer led a reconnaissance patrol to assess the line and determine train schedules. They observed that the rail line was unguarded, but an estimated force of 500 enemy troops was stationed three miles from the targeted tunnel.

They fought disappointment as the train appeared at the tunnel entrance and stopped. Chetnik scouts raced from hilltop lookout posts and reported to the bridge detail that the train had made it through the tunnel and appeared undamaged. The British officer at the bridge immediately ignited well-placed explosives that severed the structure at both ends. A Chetnik patrol returned to the tunnel and discovered that Mansfield’s demolitions had in fact destroyed some track. The sabotage did cause a major disruption of enemy rail traffic. The German maintenance yard was on the opposite side of the destroyed bridge, which delayed the repair effort.

Yugoslavia was a culturally, ethnically, and politically diverse country that consisted of six republics, four languages, and three religions. This environment resulted in the emergence of another guerrilla leader in northern Yugoslavia. He was a fierce threat to the Germans but had a very different political motivation and long-term agenda. Josip Broz, known as Tito, was a dedicated communist with allegiance to the Soviet Union. Intense competition erupted between Tito and General Mihailovich for Allied support.

The British were shifting their aid from the Chetniks to Tito’s Partisans. Radio messages from the OSS Cairo Station to Captain Mansfield requested more intelligence analysis regarding which resistance group deserved American assistance. During the months of November and December 1943, Mansfield traveled the rugged north central region of Serbia assessing the strengths and weaknesses of the Chetnik units.

By the end of December, heavy winter snows had fallen and Mansfield faced the grim realization that German troops blocked his return to General Mihailovich’s main force. He decided that it was time to leave Yugoslavia. For the next several weeks he evaded aggressive enemy patrols and hiked 200 miles to the Dalmatian Coast where he planned to sail across the Adriatic Sea to Italy.

Mansfield arrived at the coastal town of Dubrovnik in January 1944, with German troops in hot pursuit. Mansfield also received chilling news from the local resistance leaders who reported that the Gestapo already knew that an OSS agent was in the city. Resistance fighters took great risks to hide him. Every night he was moved from one safe house to another. He also faced the harsh reality that there was no easy way to get across the Adriatic to Italy. The Germans maintained tight control over all boats and operated aggressive air and sea patrols.

As Mansfield struggled to suppress frustration and avoid capture by the Gestapo, he was encouraged by meeting a British agent with a radio transmitter. The radio could be used to contact Cairo Station and request a sea extraction. The only immediate problem was a dead battery. However, the resourceful guerrillas took great risks and obtained a new radio battery.

The two covert operatives waited until a scheduled contact time and began a telegraph transmission. Since neither agent had communicated with Cairo headquarters for several weeks, they feared their message could be viewed as enemy controlled. Their apprehension quickly disappeared as the clicking telegraph key gave instructions for an extraction. They were directed to be at a designated rendezvous point in two nights and begin flashing a signal light at 10-minute intervals between 8 pm and 1 am.

Unfortunately, the weather turned bad. Roaring winds turned the sea into foaming 30-foot waves crashing along the rocky coast at the rendezvous point. Mansfield waited on the shore of a small isolated cove, periodically flashing the signal into the pitch black darkness. At 2 am he admitted that the gale force winds and thundering surf prevented a rescue that night.

The Allied agents would have to continue their deadly cat and mouse game with the Gestapo a while longer. The two men were hidden by the guerrillas in the attic of a house located in a small coastal town that was heavily occupied by German troops. 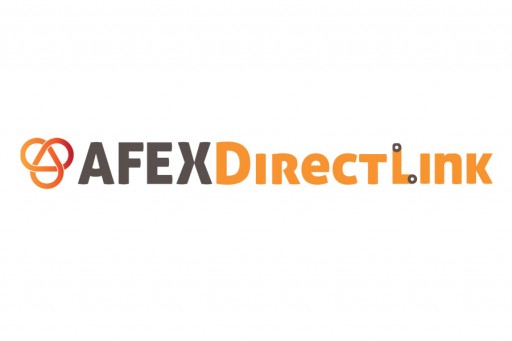