Eric S. Raymond, one of open-source’s founders, said in his seminal work, The Cathedral and the Bazaar,  “Every good work of [open-source] software starts by scratching a developer’s personal itch.” There’s a lot of truth to that. Vital programs such as the Apache web server, MySQL, and Linux began that […]

Eric S. Raymond, one of open-source’s founders, said in his seminal work, The Cathedral and the Bazaar,  “Every good work of [open-source] software starts by scratching a developer’s personal itch.” There’s a lot of truth to that. Vital programs such as the Apache web server, MySQL, and Linux began that way and numerous smaller programs did too. But it’s not likely many people had a personal itch to create giant vertical programs such as telecommunications’ OpenDaylight and OPNFV or Automotive Grade Linux (AGL)’s Unified Code Base. Today, vertical companies focused on narrow interests also embrace open-source methods and software with open arms.

Why? Because open source just works.

This isn’t just my observation. A recent McKinsey & Company report, How software excellence fuels business performance, found, the “biggest differentiator” for top-quartile companies in an industry vertical was “open-source adoption,” where they shifted from users to contributors. The report’s data shows that top-quartile company adoption of open source has three times the impact on innovation than companies in other quartiles. In other words, successful companies don’t just use open-source programs, they actively work on their industry’s open-source projects.

This notion still stumps many business leaders. How can contributing actively to something their rivals can use possibly help them in the market? What they don’t get, even now, is that as President John F. Kennedy said, “a rising tide lifts all boats.” When we share our resources, our work, and our expertise in open source, everyone benefits. But the companies which make the best of it are the ones which actively participate in open-source projects.

Think that’s nonsense? How many of you are using Unix today instead of its open-source twin Linux? Look at almost any kind of software and you’ll see open source dominates. Look at all the top tech giants, Amazon, Google, IBM, and, yes even Microsoft, with the exception of outlier Apple, all of them are either built on top of open source or use it extensively.

The Linux Foundation in its latest report, Software-defined vertical industries: Transformation through open source, explained how this has worked. The Foundation has found vertical industries, such as automotive, motion pictures, finance, telecommunications, energy, and public health initiatives have all switched to open-source approaches.

Indeed The Linux Foundation itself is an example of how open source can transform an institution. It’s expanded from a single project, the Linux kernel, to hundreds of distinct project communities. Its “foundation-as-a-service” model supports communities collaborating on open source across key horizontal technology domains, such as cloud, security, blockchain, and the web.

In vertical industries, some businesses do the same things they’ve always done over and over. They improve their core competitive advantage speed or costs, but the model remains the same.

Others, the ones which are now succeeding, have taken a different path. In what’s now called “digital transformation,” they take the core business models and processes and transform them into open-source software and services. There are many ways to do this: Code, application programming interfaces (API)s, cloud assets, and containers. At the end of the day, though, they all are turning business processes and assets into software-defined services.

Stephen O’Grady, co-founder of Red Monk, the developer-focused analyst firm, saw this coming in his 2013 book, The New Kingmakers: How Developers Conquered the World. Moving to a software-defined model is a radical shift. Open source has made this possible for many of them since most of them started this transformation with relatively small software development teams.

The Linux Foundation goes into many examples, but I’m going to focus on telecommunications and networking since it’s a field I know well.

Historically, telecommunications companies’ networks were built on standards-based but proprietary, black box highly customized hardware. Capital investments to switch from one technology to another, such as the move from 2G to 3G, cost billions of dollars.

These companies are fiercely comp­etitive with each other. I don’t need to tell you that. Any night you watch commercial TV in the US, you’re sure to see ads from AT&T, T-Mobile, Verizon, and their smaller competitors and partners. When it comes to winning customers, these companies are at each other’s throats.

But, they’re also trying to solve similar problems. By the 2000s, it was becoming crystal clear that the old client-server models would not be up to the challenge of hundreds of millions of mobile phone users constantly on the move. By 2004, the first work towards what would become Software-Defined Networking (SDN) would be underway with the Internet Engineering Task Force (IETF) Request for Comment (RFC) 3746 Forwarding and Control Element Separation (ForCES) Framework.

Earlier this might have proven the basis for a telecommunications standard. In the 2000s, however, these ideas helped create an open-source project, OpenFlow. This defined standard communications interface between a Software-Defined Network (SDN) control and forwarding layers. Major technology companies such as Deutsche Telekom, Google, Microsoft, Verizon, and Cisco all adopted it and started using it.

Verizon, in particular, didn’t want to keep pouring billions of dollars into proprietary hardware, while at the same time making sure its networks would work with its rivals. Other companies such as AT&T also realized that solving the same problems of network automation on its own was a waste of time and money.

So, in 2013 AT&T spurred the industry into action by releasing Its open vision for telecommunications’ future in its Domain 2.0 whitepaper. In it, AT&T proposed to transform its networking businesses from its “current state to a future state where they are provided in a manner very similar to cloud computing services, and to transform our infrastructure from the current state to a future state where common infrastructure is purchased and provisioned.” Today, that vision has largely been realized, not just by AT&T, but by its frenemies as well.

The Linux Foundation helped this to happen by providing a neutral arena for the companies to work together. Today, under the umbrella of Linux Foundation Networking (LFN) 8 different networking projects and as many related projects have brought almost the world’s major telecommunications company together.

Today, over 70% of the world’s mobile phone users are using services built on LFN’s open-source projects. Altogether, the telecommunication companies’ programmers have contributed 78 million lines of source code to LFN projects over the last six years. Using a Constructive Cost Mode (COCOMO) valuation model, those contributions would have required a research and development cost of over $7.3 billion to create using conventional proprietary methods.

You’ll find similar stories of competitors coming together to save billions of dollars from public health to energy to financial tech. Yes, these vertical industries are all very different and face unique challenges, but they also share a common thread. As The Linux Foundation put it, “All of them realized that open collaboration presents opportunities reducing costs, time to market, increasing quality, and opening new areas of competition. The ability to achieve these results on a collective basis pushes innovation forward across respective industries.”

If you’re not using open source in your business yet, you should be. Your business future depends on it. It’s no longer just a good idea, it’s a necessity in today’s ever-changing, ever faster business economy. 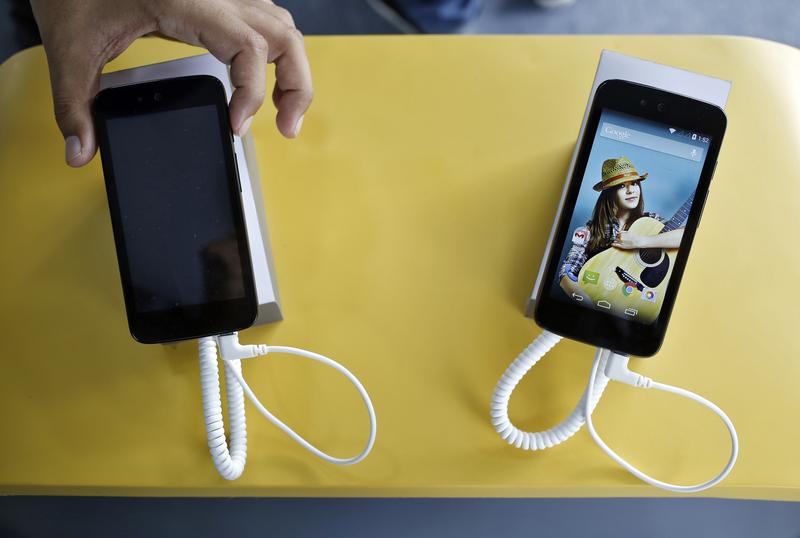