TikTok may be the app-du-jour, but its presence in the United States may not last.  Enter Triller, the video sharing platform emerging as the alternative to TikTok amid uncertainty over the app’s future. Popular stars like Charli D’Amelio, the most followed person on TikTok, are starting their own accounts on […]

TikTok may be the app-du-jour, but its presence in the United States may not last.

Enter Triller, the video sharing platform emerging as the alternative to TikTok amid uncertainty over the app’s future. Popular stars like Charli D’Amelio, the most followed person on TikTok, are starting their own accounts on Triller. D’Amelio is still posting on TikTok as usual, however. (Though she hasn’t touched Instagram Reels, which they launched in an attempt to compete with TikTok.)

Triller, which began as a niche music discovery app because of its “AI-powered” editing features, has been around since 2015. Much of its appeal comes from its ability to automatically stitch together clips from multiple takes, sync it with music, and produce a music video. Musicians like Chance the Rapper and Lil Uzi Vert used Triller to promote new music before TikTok’s meteoric rise to popularity in 2018. Triller’s user base boomed this summer after following ongoing border disputes with China. TikTok is owned by the Chinese company ByteDance. Last month, Triller overtook TikTok in the App Store, ranking first in Top Free Apps. TikTok came in third.

The Triller app is becoming increasingly popular in the United States as the Trump administration has pushed to remove TikTok from American phones amid growing tension with China. TikTok appeared to be safe this week — it struck a deal that would hand over U.S. operations to Oracle, an American corporation friendly with President Trump.

The deal includes a number of concessions to address the Trump administration’s security concerns, including allowing Oracle to host user data and hiring a TikTok board member with expertise in data security, but it wasn’t restrictive enough.

The Trump administration announced on Friday that the executive order banning TikTok and the messaging app WeChat, which is also owned by a Chinese company, will take effect on Sunday. Starting Sunday night, TikTok will no longer be available for download on American phones. TikTok users also won’t be able to update the app or receive maintenance.

Regardless of how many users the app actually has, more major influencers are quietly investing in Triller. President Trump even created a Triller account in August and has been using it to campaign against his Democratic rival Joe Biden.

The app can be a little confusing to start, so here’s a handy guide on how to use Triller.

You can find Triller in the App Store and in the Google Play Store.

You can either create an account by following the app’s prompts, or tapping the person-shaped icon in the corner on the lower right of your screen. From there, you can sign in by linking your Apple, Facebook, Twitter, or Snapchat accounts. You can also create an account using your phone number or email address.

From there, you can create a username and password.

Once you’re logged in, you can tweak your profile by tapping “Edit Profile,” where you can change your profile photo, cover image, bio, add your Instagram username, and set your account to private. If you have a public account, others can view the videos you post by going to your profile.

If you tap the gear icon in the top right corner of your screen, you’ll be able to turn off the auto-scrolling feed (more on that in the next section) and turn off data collection, an option that TikTok doesn’t offer.

The first thing you’ll see when you open Triller is the Social Feed. It’s the ongoing queue of short videos posted by other users. The menu across the bottom of the screen will open the app’s discovery features.

Tapping the music note at the far left of the menu opens up a list of trending music — most of it is hip-hop, since the app’s popularity in the U.S. first stemmed from the rap industry.

The magnifying glass, which is second on the menu, opens up a window of the top videos and trending hashtags on the app. Users can also browse through different content categories, like fitness, comedy, dance routines, and more.

The magenta plus sign at the center of the menu is for posting videos. We’ll cover that later.

To check your notifications, tap the bell icon, which is fourth on the menu.

Lastly, you can view your own profile by tapping the person-shaped icon at the far right of the screen. It’s the fifth icon on the menu.

Unlike TikTok, which feeds users content through one algorithmically generated For You Page, Triller splits its content into two categories: Music and Social.

The Social Feed is the Triller version of TikTok’s For You Page. Unlike the For You Page, which will loop videos indefinitely if you don’t swipe up or down yourself, the Social Feed will automatically scroll down to the next queued video without user action. (You can turn this feature off, though.)

The Social tab shows overall trending videos, from sketches to rants to choreographed dances that use the library of music available on Triller. The Music tab shows just music videos edited either manually or using Triller’s AI editing feature.

The Social Feed also doesn’t appear to be as curated as TikTok’s For You Page, and as a more music-driven platform, appears to favor showing content from verified artists whose songs are in its music library.

The third tab on Triller’s landing page is the Following tab, which shows content from Triller users you’re already following.

To engage with Triller videos, use the icons on the right side of the screen. The top two icons are for liking and commenting on the post.

Tapping the third icon, a paper airplane, allows you to privately message the Triller user, sort of like replying directly to an Instagram Story.

To share videos on Facebook, Instagram, Twitter, or WhatsApp, tap the arrow icon on the menu. In this feature, you can also directly message the clip to another Triller user using the app’s internal messaging, download the video to your phone, or copy the link.

The fifth icon is a direct link to Apple Music. You can sync your Triller account and Apple Music and/or Spotify accounts for easier editing. Not all videos on your Social Feed include that option, though.

The sixth icon will take you to a page of all Triller videos that use that sound. This one, for example, will show you all of the videos that use Dixie D’Amelio’s viral song “Be Happy.”

Unlike TikTok, the button to follow a creator is under their username, which appears over their videos.

To post a video, tap the pink + icon at the center of the menu at the bottom of your screen. The app will prompt you to choose between creating a Music Video or a Social Video, which will determine which tab your video will appear on for other users.

If you picked Music Video, Triller will bring you to a library of available songs. Once you select a song, you can choose which part of the song you want to use.

In the next step, you can either film directly in the app or upload clips from your camera roll. Like on TikTok, you can add filters, adjust the recording speed, and set a timer using the menu at the top right of the screen.

Once you’re ready to record, tap the camcorder icon in the bottom center of your screen. You can record multiple takes by tapping “Add Take” on the left side of the screen. Takes will queue up on the left as you record them.

When you’re done, tap “Next.” Triller will select clips from your takes and automatically stitch them together in sync with the song you chose. If you aren’t happy with the end product, you can choose to shuffle the clips and string them together again, or individually select segments from the timeline and replace them with another take.

The app will prompt you to preview your final cut before posting it. When you’re good to go, tap the pink “Share” icon in the top right of the screen. There, you can add a caption and tag a category. You can also set it to private if you don’t want the video to be publicly available.

Recording and posting a social video is similar to the music video process, but it doesn’t prompt you to choose a song first. It also won’t automatically generate a final cut, so you’ll need to do all this by yourself.

You can either upload clips from your phone library or record in-app. Like with Music Videos, clips will queue up on the left side of the screen. Drag them to reorder the segments, and if you want a specific clip from the videos in the queue, tap on them and select the scissor icon.

There you go! It’s not quite the same, but it does take the guesswork out of editing videos.

If TikTok does go down or disappears for good, never fear — at least we have something to fill the void.

Thu Oct 1 , 2020
Google has just announced its latest range of Pixel phones – the Pixel 4a with 5G and the Pixel 5. The tech giant revealed the new Google Pixel phones during a special live stream called Launch Night in. Alongside the phones, we got an extended look at a brand new […] 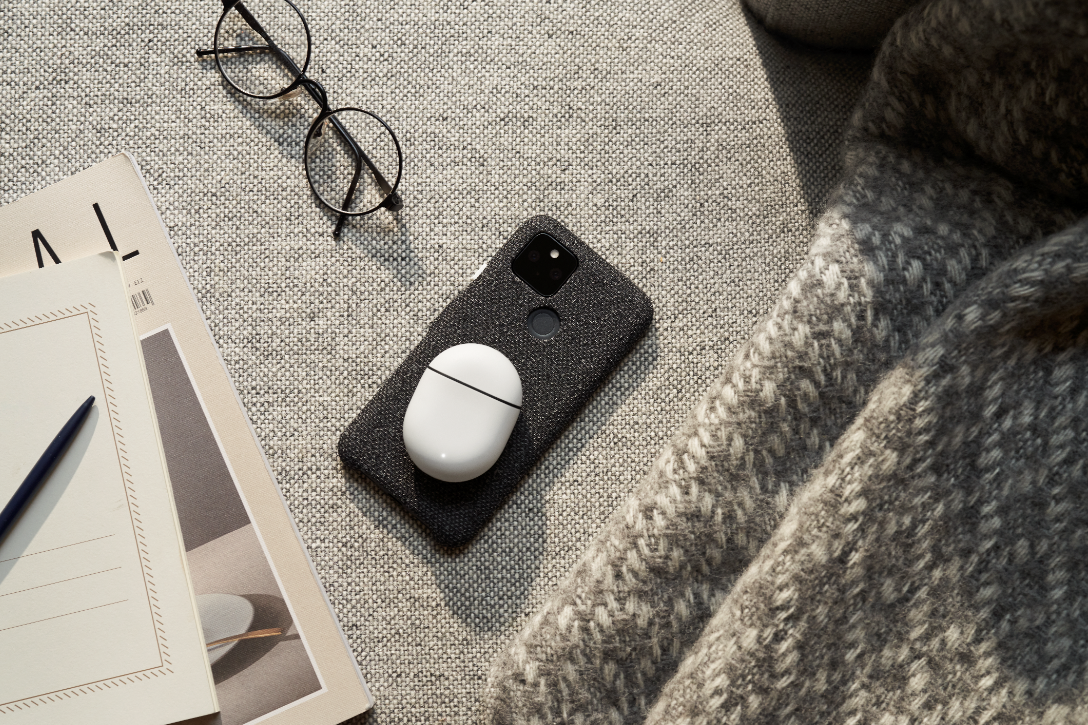