THE gaping digital divide in the Philippines is preventing more Filipinos from harnessing the benefits of digital technologies, according to a report by the World Bank and the National Economic and Development Authority (Neda). The report, titled “A Better Normal Under Covid-19: Digitalizing the Philippine Economy Now,” said around 60 […]

THE gaping digital divide in the Philippines is preventing more Filipinos from harnessing the benefits of digital technologies, according to a report by the World Bank and the National Economic and Development Authority (Neda).

The report, titled “A Better Normal Under Covid-19: Digitalizing the Philippine Economy Now,” said around 60 percent of Filipino households do not have access to the Internet. This, despite findings by We Are Social that Filipinos spend 10 hours online daily.

World Bank Economist Kevin Chua, the lead author of the report, said in a briefing on Monday that most Filipinos rely on mobile data to connect to the worldwide web. Part of the reason is that digital connection in the Philippines is expensive, slow, and has a low broadband penetration rate.

“Internet connectivity—the foundation of the digital economy—is limited in rural areas, and where they are available, services are relatively expensive and of weak quality,” said Ndiame Diop, World Bank country director for Brunei, Malaysia, Philippines and Thailand.

“Upgrading digital infrastructure all over the country will introduce fundamental changes that can improve social service delivery, enhance resilience against shocks, and create more economic opportunities for all Filipinos,” he said.

Where Internet services are available, Filipino consumers experience slow download speeds. At 16.76 megabytes per second, the Philippines’s mobile broadband speed is much lower than the global average of 32.01 Mbps.

In the region, the report said 3G/4G mobile average download speed stands at 13.26 Mbps compared to only seven Mbps in the Philippines. Chua said the most commonly used in the country is 3G, which is the lower version of Internet connection.

The World Bank also noted that efforts to enhance digital infrastructure in the Philippines are hindered by a lack of competition, as well as restrictions on investment in the telecommunications markets.

These restrictions include the public utility designation of telecommunications, which limits foreign ownership and places a cap on the rate of return.

“In this society-wide digital transformation, the government can take the lead by speeding up e-governance projects, such as the foundational identification system and the digitization of its processes and procedures, which will help promote greater inclusion, improve efficiency, and enhance security,” said Chua.  “Moreover, the government can take an active role in fostering policies that reduce the digital divide and create a more conducive business environment for the digital economy to flourish.”

Unionbank Vice Chairman Justo Antonio Ortiz, who was a member of the panel in a briefing on Monday, said the government can hasten digital technologies by issuing an Executive Order that can end the use of cash payments at a certain time.

Ortiz said such an abrupt change in making payments could force the hand of businesses to change their business models; the government to innovate their processes; and for Filipinos to become more acquainted with the digital economy.

He said the ongoing pandemic has done exactly this for e-commerce. Ortiz said when the pandemic hit, thousands of small businesses turned to the digital world to continue operating while others became digital entrepreneurs overnight.

Pacheco added that since the community quarantines started in March 15, there was a 4,435-percent increase in business name registration of online businesses or those engaged in retail sale via the Internet.

“This pandemic has caused substantial disruptions in the domestic economy as community restrictions have limited movement of people and reduced business operations nationwide. As we are now living with the new normal, the use of digital technology and digital transformation have become important for Filipinos in coping with the present crisis, moving towards economic recovery, and getting us back on track towards our long-term aspirations,” Neda Undersecretary Rosemarie G. Edillon said.

IN order to support the country’s efforts into the digital new normal, the Department of Information and Communications Technology (DICT) said its primary project is the National Broadband Network (NBN).

DICT Assistant Secretary for Digital Philippines Emmanuel Rey R. Caintic said in a presentation that the NBN will lead to significant savings in terms of Internet use.

Caintic said the project will bring down the government’s Internet costs to P50 from the current estimate of P350. This will lead to total benefits worth P5.9 billion between 2020 and 2025.

“I want to dream for the stars, at least I’ll hit the moon. So that’s the primary objective of the DICT in delivering connectivity. Without the fiber backbone, we have nothing to talk about because there’s no way to distribute,” Caintic said.

However, he said, this is only a minimum estimate. If the House of Representatives grants the DICT additional funding and the agency secures funding from the country’s development partners, the benefits will even be higher.

Based on their estimates, the DICT would need an additional P17 billion to undertake additional improvements in the country’s fiber backbone, Caintic said. This is on top of the P18 billion that they already have for the NBN.

The additional funds will cover the additional fiber backbone as well as the construction of microwave radios for places in the country which are remote such as Tawi-Tawi, Itbayat, Mahatao, Catanduanes, Oriental and Occidental Mindoro, Siargao, Puerto Princesa, Marinduque, and Quirino.

To date, Caintic said the DICT is already in talks with the Japan International Cooperation Agency (Jica) for an P8-billion loan to provide fiber broadband facilities for the country’s eastern seaboard from Sorsogon to Eastern Mindanao.

With this, Caintic said, the DICT only needs around P10 billion more to carry out Phase 1 and Phase 2 of the NBN. The DICT may also turn to the World Bank for assistance.

“An additional P17 billion, just P17 billion, will be able to completely traverse the entire nation by next year, light up the NGCP [National Grid Corporation of the Philippines] fiber backbone that we have,” Caintic claimed.

The World Bank said the rapid adoption of digital technologies can help the Philippines overcome the impact of the Covid-19 pandemic, recover from the crisis, and achieve its vision of becoming a middle-class society free of poverty. The report said use of digital technologies such as digital payments, e-commerce, telemedicine, and online education, is rising in the Philippines.

This has helped individuals, businesses, and the government cope with social distancing measures, ensure business continuity, and deliver public services during the pandemic.

Tue Oct 6 , 2020
Up to 10-year, $13 billion IDIQ contract to supply DoD, federal agencies, and systems integrators supporting federal customers SHI International, one of the largest IT solutions providers in the world, has been awarded the Information Technology Enterprise Services – Software 2 (ITES-SW2) contract from the U.S. Army Computer Hardware Enterprise […] 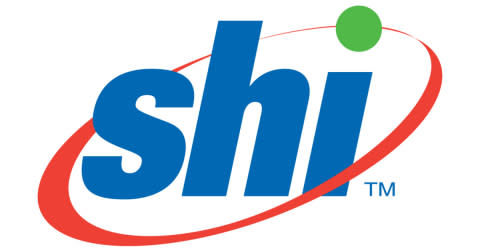