IBM today announced two new open source projects that aim to solve the technical challenges around cube satellites, a type of miniaturized satellite for space research, and space situational awareness. Both were built by the company’s Space Tech Hub team and are available as containerized deployments on IBM’s Red Hat […]

IBM today announced two new open source projects that aim to solve the technical challenges around cube satellites, a type of miniaturized satellite for space research, and space situational awareness. Both were built by the company’s Space Tech Hub team and are available as containerized deployments on IBM’s Red Hat OpenShift platform.

The Space Tech Hub team, led by IBM distinguished engineer and space tech CTO Naeem Altaf, often collaborates with state agencies, universities, and space technology companies to pioneer solutions for spacecraft and satellites. Today the team unveiled KubeSat, an autonomous framework designed for small satellites that supports the optimization of communications. They also unveiled the Space Situational Awareness (SSA) system, which is based on a set of algorithms that determine where human-constructed objects orbiting the Earth are located and might drift to in the future.

“Our team is committed to advancing the future of space innovation. With the proliferation of satellites of all sizes in lower Earth orbit in space, enormous amounts of data will be produced related to Earth observation, to space traffic management, to space situational awareness,” IBM wrote in a blog post.

IBM describes KubeSat as a “cognitive” suite designed to simulate orbital mechanics for objects via Orekit, a low-level space dynamics library written in Java. KubeSat uses calculations to place restrictions on communications between satellites, ground sensors, and more while incorporating NATS messaging services, optimizing communications via machine learning, and publishing them to a dashboard. (NATS is a high-performance messaging system that acts as a distributed messaging queue.) IBM says KubeSat can be used to simulate how cube satellites form clusters and interact with things like ground stations.

KubeSat’s architecture enables users to swap in AI models for specific use cases. Communications between satellite swarms can be autonomous, allowing swarms to integrate or separate as needed.

Alongside KubeSat, IBM is open-sourcing the app code for Orekit, which it developed with undergraduate students at Stanford University. Orekit’s extensions help simulate the satellite-to-satellite, satellite-to-ground station, and satellite to ground sensor communications over a meshed NATS messaging platform, optionally with a custom-designed visualization layer.

The SSA system open-sourced today was developed jointly with University of Texas, Austin professor Dr. Moriba Jah. Leveraging AI techniques to identify when physical models incorrectly predict an object’s future location, SSA avoids the pitfall of having to craft a model to predict all the orbital dynamics of an object.

It’s estimated that tens of thousands of human-constructed objects orbit the Earth, traveling at speeds in excess of 8,000 meters per second. Problematically, location data about these objects tends to be infrequent and noisy, and phenomena like space weather and atmospheric density affect their trajectories in unpredictable ways.

SSA sources data from the United States Strategic Command to train baseline AI models. For most objects in low-Earth orbit, the dataset is updated about once per day, IBM says. A physics-based model projects perturbations in an object’s orbit caused by the Earth, while a machine learning model anticipates errors in the physical model’s predictions. SSA combines the two models and adjusts the physical model’s prediction according to the predicted error.

“The modeling and impact prediction of anthropogenic space objects is a defining problem of the ‘space 2.0 age,’” IBM continued. “By open-sourcing a full pipeline for making orbital predictions and viewing the results, you can now join our mission to solve the ‘space junk’ problem.”

Sun Oct 4 , 2020
September 2020 marks one year since automated driving technology company Torc Robotics became part of Daimler Trucks’ Autonomous Technology Group. And that group has just announced it will extend its autonomous vehicle (AV) testing to New Mexico with a new testing center in Albuquerque. “We are not following a startup […] 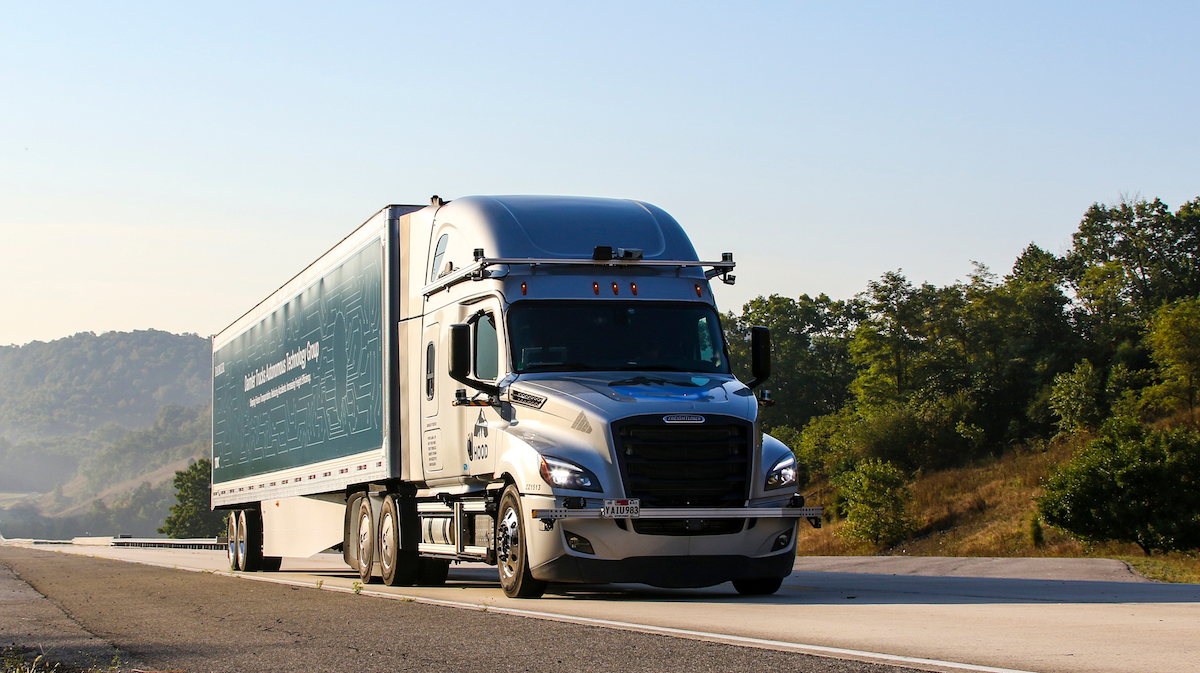