Iowa State shook up the Big 12 title race Saturday night with an upset win over No. 18 Oklahoma. The Cyclones defeated the Sooners, 37-30. Iowa State fell behind by two scores in the first half, but battled back and eventually took its first lead of the game late in […]

Iowa State shook up the Big 12 title race Saturday night with an upset win over No. 18 Oklahoma. The Cyclones defeated the Sooners, 37-30. Iowa State fell behind by two scores in the first half, but battled back and eventually took its first lead of the game late in the third quarter. Down the stretch, the two teams traded blows and Breece Hall gave Iowa State the lead with 4:06 to play. With Oklahoma nearing the red zone, redshirt freshman Isheem Young came up with an interception to seal the win for the Cyclones.

In the win, Brock Purdy completed 12 of 24 passes for 254 yards, including one touchdown. Hall, on the other hand, finished with 139 yards and two touchdowns. On the defensive side of the ball, Mike Rose led the team with 11 total tackles. Lawrence White also came up with 10 tackles and Young added seven tackles. The victory means Iowa State is now 11-1 in the month of October since 2017.

Oklahoma on the other hand, amassed 414 yards of total offense and Spencer Rattler completed 25 of 36 passes for 300 yards, including two touchdowns and one interception.

Iowa State showed resiliency to overcome a two-score deficit against possibly one of the top offenses in the country. Iowa State’s ability to battle, according to Matt Campbell, was a result of the experience on the team.

“I think so much is not being talked about with our senior class,” Campbell said postgame. “I just forget to remind everybody, you’re talking 16 seniors and the bulk of that senior class came to Iowa State when Iowa State was the laughingstock of college football. I mean, Chase Allen, JaQuan Bailey, these guys came to Iowa State when we were 3-9. Year one and a couple of consecutive years of that vision of what was going on. And really what we sold was a vision of hope. To be honest with you, so many of these guys have been a pillar from day one of that building block.”

“And I’ll be really honest with you, I really felt in the heat of the moment, you know, it’s Lawrence White’s past breakup. It’s Kene Nwangwu’s huge kick return, which I really felt like was the difference in the game. It’s Dylan Soehner throwing a ball to Chase Allen. It’s the blocking of those guys, those tight ends on the perimeter. It’s JaQuan Bailey, it’s [Eyioma Uwazurike]. So you know, for me, why we are what we are, is because we’ve got great seniors. And those 16 seniors have been the anchor of great poise and have been the anchor to demand us to just keep fighting.”

Want the latest Iowa State headlines sent to your inbox? Click to sign up for CycloneAlert’s daily newsletter!

Mon Oct 5 , 2020
3D Insider is ad supported and earns money from clicks and other ways. Drone pilots are a lot like gamers and photographers in that they invariably get hyped about the release of new technology. Even though we’re only months removed from the launch of the DJI Mavic Air 2 and […] 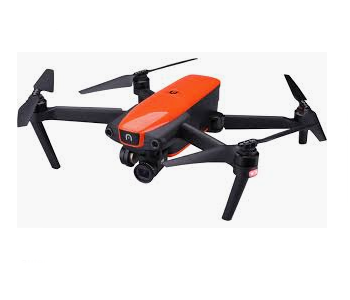