© Provided by The Independent Apple is holding its biggest event of the year, during which it will almost certainly unveil not one iPhone 12 but four. The event will also probably see the unveiling of yet more products too, however, with new accessories and hardware widely rumoured to be […]


© Provided by The Independent


Apple is holding its biggest event of the year, during which it will almost certainly unveil not one iPhone 12 but four.

The event will also probably see the unveiling of yet more products too, however, with new accessories and hardware widely rumoured to be coming during the virtual event.

Apple has only described the event with the title “Hi, Speed”, and confirmed that it will take place on 13 October, at 10am local pacific time, taking the form of a virtual presentation live streamed from its Apple Park campus.

The rest remains unconfirmed. But here’s what Apple is likely to announce during the event.

All of those various sizes mean that Apple could well announce both the smallest and largest phones it has done in recent years, and that features will be spread across the line.

In addition to the new sizes, the iPhone 12 is expected to come in a new design, with a more rectangular body of the kind used on the newer iPad Pro and Air. They are also expected to come in more colours, just like the new Air. Colours such as blue might be added to the line-up.

Inside will almost certainly be a faster processor. The iPad Air was updated with a new A14 Bionic chip, more than 20 per cent faster than its predecessor, and so the iPhone is almost certain to a get similar upgrade.

The iPhone 12 is also expected to have a LiDAR sensor so that it can more accurately estimate depth, which would be another feature borrowed from the iPad.

There is also a clue to the iPhone’s features in the “Hi, Speed” name of the event. It’s likely a reference both to that faster chip and the 5G connectivity that will arrive in the iPhone for the first time – though it could mean other things, too.

It is not clear how those features – and the other ones that have not yet leaked – will be spread across the four different iPhones. In recent years, Apple has distinguished the Pro models from the normal iPhones with both a different exterior design and extra features such as more camera sensors, and the same is likely to happen this year.

Apple has already been forced to delay the release of the iPhone 12: it would usually be expected in mid-September, but the company announced over summer that it would be a few weeks later, apparently as a result of global lockdowns. If it follows its usual schedule, the phone will be shown off at the event and then released the following Friday, which would put its release date on 23 October – though it might choose to stagger the release, as it did with the iPhone 8 and X.

Likelihood: Apple hasn’t explicitly said that this event is for the iPhone, but it would be a disaster if the iPhone didn’t turn up.

Apple has long been rumoured to be working on a variety of different audio products. Chief among those rumours have been an earphone version of its AirPods – with the same smarts but a design that will sit on the top of the head – as well as a cheaper, smaller version of the HomePod.

Apple already makes headphones under the Beats branding, and already has the chips to power them from the AirPods. And so the combination of the two feels somewhat natural, in a product that has been rumoured to be called something like AirPods Studio.

Likewise, Apple already makes a bigger version of the HomePod, but it is rumoured to have had trouble selling, in part because of its higher price when compared to smart speakers from companies such as Amazon and Google. A smaller one could help settle those concerns, and might work to bring people into its smart speaker ecosystem.

Those rumours were spurred this week when it emerged that Apple had removed third-party audio products – from speakers made by Sonos to headphones from Bose – from its store. It might simply be an entirely unrelated move, but speculation has suggested that the company could be making way for its own new audio hardware.

What’s more, Apple is almost certainly removing the earphones from the box of the new iPhone 12. As such, it may see an opportunity to encourage people to upgrade by buying wireless headphones instead.

But recent rumours have also suggested that Apple could wait until another event in November to reveal at least some of those products. So they might arrive very soon, even if they don’t come at the iPhone event.

Likelihood: New audio products certainly seem to be coming – but they might do so in November, rather than at the iPhone event.

Long-rumoured, but never spotted, Apple has been said to be working on special tokens that could be added to important objects such as keys so that they can be easily discovered with a phone. Similar to the functionality offered by Tile, the tools might have the option to make noises, as well as being tracked by an iPhone.

Apple already has the “Find My” app, which would be perfect for this, and its recent devices have included a U1 chip that can precisely locate objects, and whose function is still largely unused. Add those developments to the ever-present leaks about the development of the tags and it’s nearly impossible to deny that they must be on their way.

It would make a lot of sense to introduce them alongside the iPhone, since they will presumably operate as an accessory for that product.

Likelihood: There can’t be this much smoke without fire: AirTags are surely coming. We could have said the same for all of the other recent Apple events, too, however.

The circles that make up the central design of the Apple event invitation are familiar in another way, too: they look a little like the charging pucks that have become prevalent since Apple introduced wireless charging with the iPhone 8 and X.

That chimes with rumours that Apple is working on faster or more capable wireless charging capabilities. If those are introduced with the iPhones 12, then Apple could offer some sort of wireless charger to harness them, too.

Apple has announced a wireless charger before: AirPower, which promised to charge your iPhone, Apple Watch and AirPods, all just by placing them on top of a large pad. It never arrived, and became something of a running joke, with rumours suggesting that Apple just couldn’t get it working safely enough to bring to market.

Likelihood: If it is coming, it is surely coming at this event.

We know this is coming at some point because Apple said so. When it introduced “Apple Silicon” – the decision to stop using Intel chips and instead design its own, like it does for the iPhone and iPad – at its Worldwide Developers Conference event in June, it set itself a deadline of the end of the year.

That deadline is fast approaching, and so there might be some mention of the device at the event. But Apple might also choose to give it more time, and avoid it being overshadowed by the release of the iPhone, and so it might come at that same November event.

We still don’t know what that Mac will look like. It could be an updated version of an existing computer such as the MacBook Pro, or Apple might use the opportunity to release an entirely new design, or revive an old one such as the now-cancelled MacBook.

We also don’t know what exactly it will have to offer. While some computers running MacOS on Apple’s silicon have been sent out to developers to get them ready, they are under strict confidentiality agreements, and don’t represent the final product – so the exact performance, speed, and efficiency of those computers is still mostly a mystery.

Likelihood: It’s coming at some point. But probably not alongside the iPhone.

Fri Oct 9 , 2020
DUBLIN, Calif., Oct. 7, 2020 /PRNewswire/ — TriNet, a leading provider of comprehensive human resources solutions today announced the addition of several prominent speakers to its roster of thought leaders and influencers at the inaugural TriNet PeopleForce, a one-of-a-kind virtual conference for small and medium-size businesses. The latest speakers to join the […] 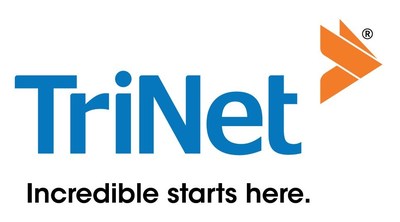