Editor’s note: The opinions in this article are the author’s, as published by our content partner, and do not necessarily represent the views of MSN or Microsoft. © Provided by The Guardian Photograph: Oli Scarff/AFP/Getty Images It’s the hope I can’t stand. Every few years, governments gather to make solemn […]

Editor’s note: The opinions in this article are the author’s, as published by our content partner, and do not necessarily represent the views of MSN or Microsoft.


It’s the hope I can’t stand. Every few years, governments gather to make solemn promises about the action they will take to defend the living world, then break them before the ink is dry. Today, at the virtual UN summit on biodiversity, they will move themselves to tears with the thought of the grand things they will do, then turn off their computers and sign another mining lease.

Ten years ago, at the last summit, world leaders made a similar set of “inspirational” promises. Analysis published a fortnight ago showed that, of the 20 pledges agreed at Nagoya in Japan in 2010, not one has been met. The collapse of wildlife populations and our life-support systems has continued unabated: the world has now lost 68% of its wild vertebrates since 1970. It sounds brutal to say that these meetings are a total waste of time. But this is a generous assessment. By creating a false impression of progress, by assuaging fear and fobbing us off, these summits are a means not of accelerating action but thwarting it.

No one will be surprised to hear that the promises Boris Johnson has made at this week’s summit are worthless. But you might be surprised by how cynical they are. One of his pledges is that 30% of the UK’s land will be protected for “the recovery of nature” by 2030. This sounds astonishing, in one of the most depleted nations on Earth, until you discover he considers that 26% of our land is already used for this purpose.

It turns out that the government has simply totted up all the land that carries any kind of designation and classified it as “protected”. Most of it is composed of national parks and areas of outstanding natural beauty. While they are gazetted for their landscape value, and partly defended against certain kinds of built development, their status offers no meaningful protection for wildlife and habitats.

On the contrary, while many of these places – the Lake District is an example – are topographically spectacular, if we saw them anywhere else on Earth, we would recognise them as ecological disaster zones. The Lake District lies within our temperate rainforest belt, but its fells have been almost entirely denuded by centuries of grazing (sheep selectively browse out tree seedlings, ensuring that when the old trees die there are no young ones to replace them).

These “protected” lands are wildlife deserts, sheepwrecked, grousetrashed or reduced to blasted wastes by the deer kept on overstocked “sporting” estates. Our national parks are a national disgrace, dominated by elite hunting interests and highly destructive forms of grazing that are wholly financed by taxpayers.

Every promise the government has made to offer such “protected” areas some actual protection has been broken. Tomorrow, the burning season begins on Britain’s grouse moors. Hang on, wasn’t the government going to ban this vandalism? It was – but did it then remember that some of its lavish donors and Johnson’s friends are grouse moor owners, or that there are grouse moors in Rishi Sunak’s constituency? The pledge has been delayed, perhaps forever. Wildlife in our paper parks will continue to be torched, and the peat that underlies the heather exposed and oxidised, releasing great plumes of carbon. Perhaps for the same reasons, grouse shoots were granted a special exemption from the government’s coronavirus rules, and taxpayers continue to subsidise shotgun licences to the tune of £10m a year.


The new farm subsidies the government will phase in, as we leave the European Union’s catastrophic common agricultural policy, were supposed to pay farmers for ecological restoration. They could have had a major impact in national parks, as farming there, entirely dependent on government money, will follow the incentives. But under George Eustice, the environment department, Defra, once again stands for Doing Everything Farmers’ Representatives Ask. Beholden to the worst elements of the industry, Defra has apparently already suggested that it might strip away the positive aspects of the plan.

Even if better policies existed on paper, the complete regulatory collapse the government has engineered would render them meaningless. The budgets of the regulatory bodies have been cut so far, their powers are so curtailed, and their staff are so frustrated and demoralised, that they are effectively incapacitated. Environmental policy magazine the ENDS Report reveals that, though thousands of offences have been committed, Natural England, which is meant to defend wildlife from destruction, imposed only five fines between 2012 and 2019. It is so desperate that it has been reduced to crowdfunding its regulation of protected wildlife sites.

Gallery: Why we should all listen to David Attenborough (StarsInsider)


Similarly, the Environment Agency seems incapable of defending our rivers. Despite a promise that 75% of our rivers would reach good ecological condition by 2027, government figures released this month show that the proportion remains unchanged, at 14%. And no rivers at all have achieved good chemical condition. Instead of taking the necessary action, the head of the agency, Sir James Bevan, has proposed that the standards be weakened.

Wherever Johnson has been, a trail of broken promises litters his path like roadkill. In March, the government announced that it was phasing out the badger cull: rather than killing badgers, it would use vaccination and controls on cattle movements to prevent bovine tuberculosis. Instead, this month we learned that it is ramping up the killing, extending the cull to 11 new parts of England. Landed power wins, even when a policy makes no scientific sense. A new analysis by the RSPB shows that, of the 20 biodiversity targets the UK promised to meet 10 years ago, it has failed to reach 17. In fact, we have slipped backwards on six of these criteria.

© 2020 Getty Images
CANTERBURY, ENGLAND – JULY 29: Farmer Mark Izard checks moisture content in a wheat field before it is harvested for Street End Farms on July 29, 2020 in Canterbury, England. British wheat growers were expecting to cut the smallest wheat area in 40 years due to a wet winter and drought conditions in the springtime. As Brexit uncertainty looms, many farmers in the South East of the country, who’s business models rely heavily on trade with markets in Europe due to the to their proximity and ease of access via the Channel Tunnel, are hoping for a favorable deal. (Photo by Dan Kitwood/Getty Images)


Last year’s State of Nature report shows that our wildlife populations continue to collapse. This is likely only to get worse. The government is ripping up planning rules, to permit a builders’ free for all. Its new road-building programme will cover precious wild places in concrete. Supertrawlers tear through our marine protected areas. The whole point of Brexit, from the government’s point of view, is to sweep away public protections. A US trade deal, if it happens, will ensure that the rules defending nature are first in line.

The government’s promises are not made to be kept. They are made to assure us, to distract us, to persuade us to put away our banners and go home quietly like good citizens, because the situation is under control. Hope is the fire extinguisher governments use to douse public anger. But public anger is the only effective defence of the living world. Keep the flame burning.

• George Monbiot is a Guardian columnist

'We Have To Be Realistic': MBTA Considers Permanent Service Cuts Amid Budget Crisis

Wed Oct 7 , 2020
The MBTA is considering cutting some service permanently as the transit agency faces major budget challenges due to the coronavirus pandemic. The proposed service overhaul could mean some riders may have to walk further, transfer more often or switch modes of transit — and potentially, pay more — in the […] 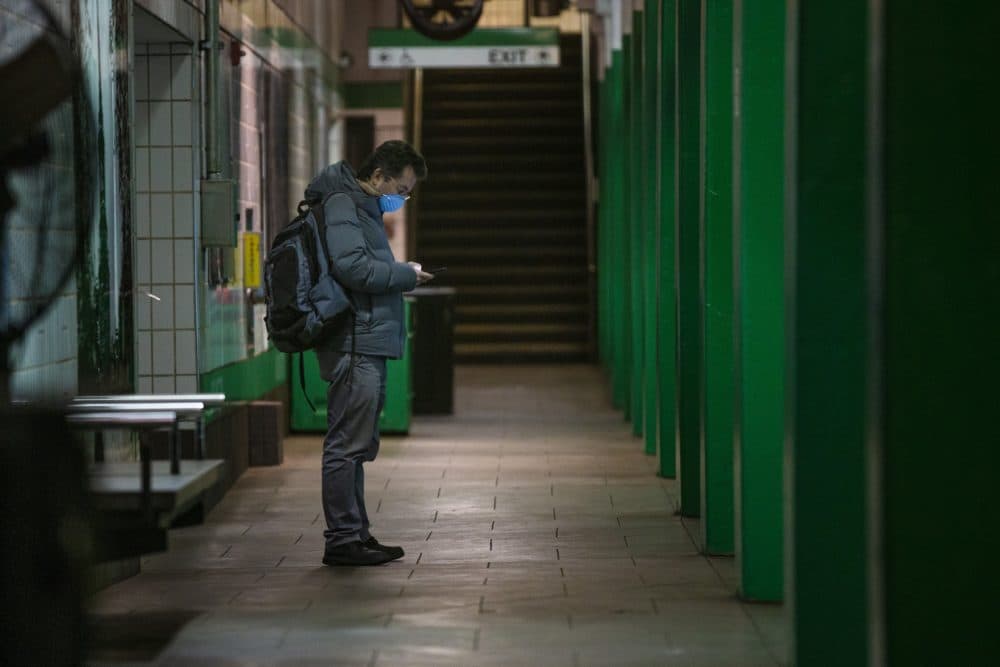