As a sailor, Kent Bailey read the water. Steering his boat in and out of Apollo Beach, he knew how the bay got shallow, and that he needed to watch his tides. One day, Bailey thought he had messed up and would run along the bottom on his return, a […]

As a sailor, Kent Bailey read the water.

Steering his boat in and out of Apollo Beach, he knew how the bay got shallow, and that he needed to watch his tides.

One day, Bailey thought he had messed up and would run along the bottom on his return, a friend said. But he didn’t. What could have been just a bit of one-off luck became an obsession — and a calling. Bailey compared the predicted and actual tides and noted differences, later checking his work with scientists. He became certain that not only were seas rising in Tampa Bay, but the trend was more dramatic than public officials seemed willing to acknowledge.

The longtime leader of the Tampa Bay Sierra Club in Hillsborough County, Bailey assembled a quiver of data and projections, which he deployed in addresses at rallies and meetings advocating for the environment. He combed tidal gauge reports and devoured academic studies even before peer review.

“He was a self-made man. He didn’t finish college, but he learned every day,” said daughter Michelle Bailey Quire, 43, of Gainesville. “And he wanted people to continue to learn every day and to learn with an open mind.”

Bailey died Tuesday at age 69 of a heart attack, friends said. He was working on remodeling his Thonotosassa home.

The volunteer environmentalist balanced activism with a career as a woodworker. Friends wondered how he had the time, or stamina, to study so much and to share it. He told them he was looking out for his grandchildren. He wanted to leave them a livable world.

“He knew he wasn’t going to see the benefits of this work,” said Gonzalo Valdes, a clean energy staffer for the state Sierra Club.

Bailey is survived by his wife, Cathy, of 42 years, six children, a sister and 22 grandchildren.

“He was someone who always put everyone before himself,” Bailey Quire said. A hobbyist gardener, he loved the Tampa Bay Buccaneers, a Super Bowl seafood boil and nature. His white hair was perpetually pulled back in a ponytail.

Anyone who spent time in the environmental movement around Tampa Bay over the past decade was likely to encounter him. Bailey entrenched himself in the Sierra Club after a fight for Cone Ranch, a 12,800-acre chunk of land formerly owned by the Hillsborough utilities department that was destined for development before residents lobbied to preserve it.

Bailey used the momentum to dive into other issues.

He “was ahead of his time” on pushing sea level rise in front of local government, said Susan Glickman, Florida director of the Southern Alliance for Clean Energy, and “he had an intense way about him where he dug into the details of issues that most people never ponder.”

Bailey, and his Club, were creative in getting a point across, whether by dropping a 30-foot banner from a bridge to protest the burning of gas at a local power plant or donning life jackets for a march at Sen. Marco Rubio’s office.

Through letters to the editor and public hearings, he pushed local elected leaders to recognize the need to cut emissions, not just attempt adaptation in the face of climate change by building higher.

“While storm water drains, sea walls and elevated streets may reduce impacts for a time, they will eventually fail in the face of relentless sea level rise. And they will be no match for the storm surge of a 21st-century super storm,” he wrote in a letter to the Tampa Bay Times in March 2019, urging the issue as a subject for Tampa’s mayoral election. “Only the elimination of the carbon pollution can stop the advance of climate change.”

“It really made a difference on people’s understanding that it was happening right here in the Tampa Bay area,” Garrity said.

He sometimes carried a cardboard wave cutout to show how high the water might rise, several feet by the end of the century. Bailey would point to a spot and tell audiences that’s where the seas would surge by the time today’s children are the age of President Donald Trump. He bought stock in Tampa Electric Co.’s corporate parent in order to speak at a shareholder meeting in Canada about the burning of fossil fuels around Tampa Bay. He took on drinking water issues and pushed for rooftop solar energy production.

“There wasn’t an environmental issue in our community that he wasn’t on top of,” said Phil Compton, a staffer at the state Sierra Club.

The group gave an annual Black Bear Award to people exceptionally dedicated to its causes.

“Every year I would think, we ought to nominate Kent,” said Gary Gibbons, a Tampa lawyer and the local chapter’s membership chair. Last year, Bailey made all but one meeting as he underwent chemotherapy treatment for cancer.

Fellow volunteers said they cannot imagine who will take up his work. Rocky Milburn, vice chair of the Tampa Bay Sierra Club, said they were discussing their efforts on the phone only a few hours before Bailey died. He was worried lately about getting people to vote.

“Kent would always say, ‘There’s so much work to be done,’ ” Milburn recalled. “He’s gone, but he’s going to live through all of us.

“We’re going to work our asses off, because there’s so much work to be done.”

Fri Sep 25 , 2020
The auto market has come to a point where it’s now difficult to deny that electric vehicles will be the dominant form of transportation in the near future. With companies like Tesla pushing the envelope for what electric cars can do and events such as Battery Day previewing technology that […] 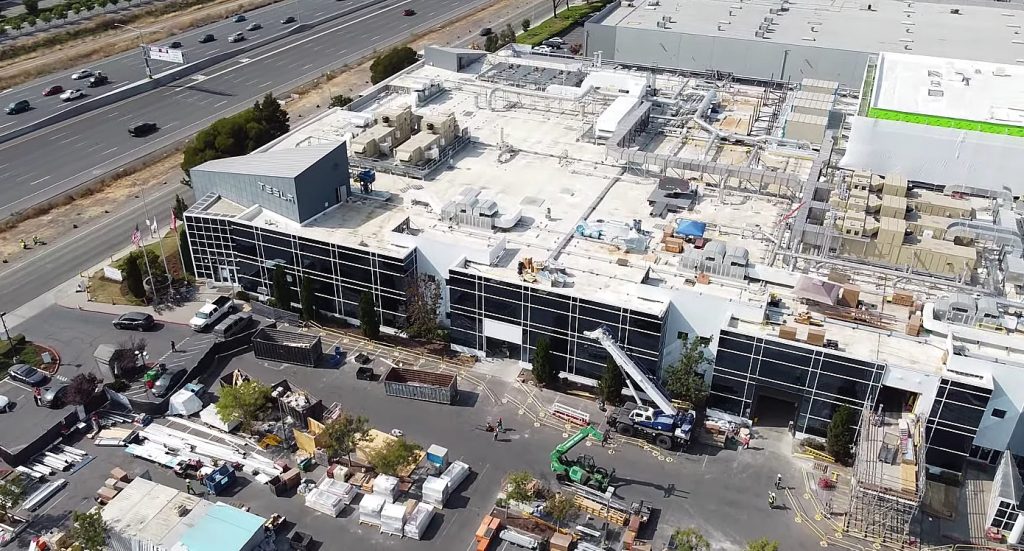