Labor says it will vote against the Morrison government’s proposed changes to environmental laws to transfer development approval powers to the states and territories. The opposition’s environment spokeswoman, Terri Butler, said a bill before the parliament was designed purely for political conflict in the absence of serious environmental reforms, including […]

Labor says it will vote against the Morrison government’s proposed changes to environmental laws to transfer development approval powers to the states and territories.

The opposition’s environment spokeswoman, Terri Butler, said a bill before the parliament was designed purely for political conflict in the absence of serious environmental reforms, including an independent regulator.

The government introduced its bill, a near replica of Tony Abbott’s failed 2014 one-stop-shop policy, last week.

It has been criticised by conservationists, Labor and the Greens for failing to include promised national environmental standards, which were the key recommendation of the interim report of a review of the Environment Protection and Biodiversity Conservation Act.

Labor also wants the government to commit to another of the review’s recommendations – an independent regulator that would enforce the law if approval powers are devolved to state and territory governments.

“With no proposed standards, no independent ‘cop on the beat,’ and no additional funding for the states despite the extra responsibility, this bill is designed for political conflict,” Butler said.

“Environment minister Sussan Ley said in July the government would introduce ‘strong rigorous environmental standards’ that had ‘buy-in across the board’ at the same time as introducing proposed legislative change. This government has failed the test it set for itself.”

For the bill to pass the Senate, the government would require the support of One Nation and one other crossbench senator.

Rex Patrick and Jacqui Lambie said they would not support the bill if it was brought to a vote in the Senate this week.

Centre Alliance – which is Stirling Griff in the Senate and the Mayo MP, Rebekha Sharkie, in the lower house – said it had not reached a formal position.

Lambie said she would not support the bill if it was not examined by a committee inquiry first.

“I don’t know what an inquiry would say about the bill, but I’d be interested in finding out, and wouldn’t appreciate being asked by the government to back a bill without that sort of information,” she said.

Patrick said he had a number of concerns about the legislation.

“Firstly, we don’t have visibility as to the national standards that would apply to the state jurisdictions,” he said.

“Secondly, I don’t understand what the resourcing is in each of the states. We may be handing over an approval process to government organisations that aren’t resourced to handle that approval process.”

Patrick said he was worried there could be too much ministerial discretion involved in decisions at a state level and that state and territory freedom of information laws would lead to less transparency around major projects.

Ley has said the national environmental standards would be included in the bilateral approval agreements and there would also be further legislation put to the parliament at a later date.

She told Guardian Australia the amendments proposed would begin the process for moving to a “single touch” system for environmental approvals.

“I have issued notices of intent to commence discussions with states, and this enabling legislation is the next step in the process, it is not the endpoint,” she said.

“No state is going to secure the right to make approvals without signing up to legally binding commonwealth-led national standards, and without showing that it can meet the provisions of the agreement.

“We have always flagged there would be further legislation including national standards and that remains the case. This is not a new undertaking.”

The Greens and the independent MP for Warringah, Zali Steggall, said on Tuesday the process was rushed, did not respond to Graeme Samuel’s key finding in his interim report on the EPBC Act that governments had failed to protect the environment, and the bill would actually weaken environmental protection.

Both said they wanted to see the final report from Samuel before parliament was asked to vote on the bill.

Steggall argued national standards should form part of the legislation before any agreements were reached with states and territories.

“I’ve received a huge amount of feedback from the community that are opposed to this,” she said.

“It beggars belief that the minister would choose to introduce … legislation that doesn’t address the concerns that have been raised in the interim report.”

The Greens environment spokeswoman, Sarah Hanson-Young, who unsuccessfully moved for the bill to be considered by a committee, said the government had been “atrocious in how they’ve managed this legislation”.

“For the environment minister today to say ‘Oh don’t worry, we’ll come with the standards later on, trust us’ – no one trusts this government when it comes to the environment and doing what is right in relation to renewable energy and looking after our planet,” Hanson-Young said.

The motion to send the bill to an inquiry was blocked by One Nation and the government in the Senate on Tuesday night.

Tue Sep 29 , 2020
MANILA, Philippines — A total of P2.6 billion was earmarked to provide assistance to “critically-impacted businesses” in the transportation sector under the Bayanihan To Recover As One Act or Bayanihan 2, the Department of Transportation (DOTr) said Tuesday. During the online hearing of the House committee on transportation, DOTr presented […] 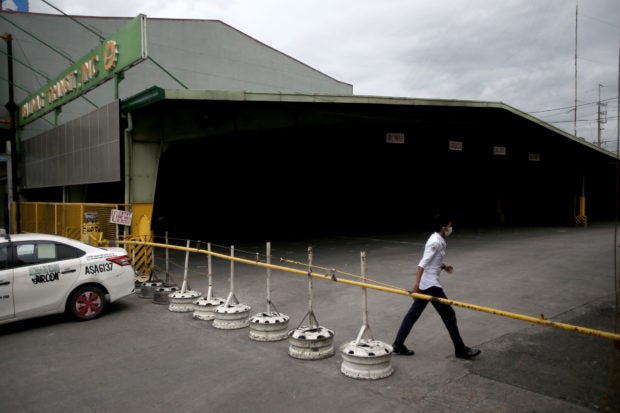